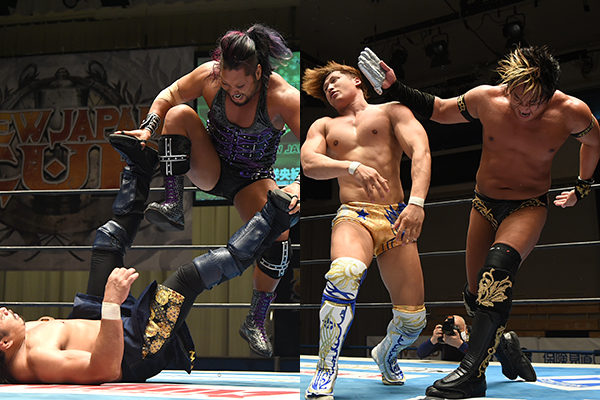 New Japan Pro Wrestling’s return to action with the New Japan Cup has been a welcome addition to the dire pro wrestling landscape of 2020. Though companies like All Japan have been telling fantastic stories with Les Enfants Terribles, there is a palpable excitement present for many fans when NJPW is showcasing talent. After shuffling the field slightly by adding juniors, the tournament up to this point has been solid, occasionally great and rarely awful – all achievements in a COVID-19 world. Last week, the left side of the bracket established its quarterfinals with victories by Tomohiro Ishii, Hiromu Takahashi, Taiji Ishimori and Kazuchika Okada; now it’s the right side’s turn.

For a lot of people who watch New Japan, this would be about as bad of a matchup as you could have on paper. Often cited as two roster members that NJPW could let go and nothing would change. I’ve always found the slight distaste for BUSHI and YOSHI-HASHI overblown. In the first round, BUSHI did have a fairly boring match with YOH, but YOSHI-HASHI actually had one of the best matches of the opening round with Hiroyoshi Tenzan of all people – so every now and then the dude can strike gold.

This? This was not gold. It wasn’t awful to be sure, but it was incredibly slow for two faster paced wrestlers, didn’t ever escalate and just felt like a whole lot of nothing. I think it’s safe to say neither of these two will make the semi-finals, but this just seemed like very little effort. At one point, YOSHI-HASHI charges the corner where BUSHI lifts his boot for a kick to the face and Y-H seems to slip and almost hyperextend his right knee, before coming up hobbling. This doesn’t appear to hamper him throughout the rest of the match, although he does later miss a dropkick into a rope-strewn BUSHI by about 3 feet. The reversals here are clunky, the chops, strikes and lariats are good. Eventually, before you know it, YOSHI-HASHI is able to lock BUSHI into the Karma and get the pinfall. Honestly, one of the most forgettable matches of the tournament. **

In 2017, SANADA lost in the second round of the New Japan Cup. In 2018, he lost in the semi-finals. In 2018, he lost in the semi-finals. In 2019, he lost in the finals. With his stable leader the double champion, it seems like 2020 could be the year where SANADA does break through here in this tournament and progress to the next stage by winning. SHO has become one of the true young breakout stars of New Japan. Overshadowed by Will Ospreay and Shingo last year, as well as a returning Hiromu, SHO nevertheless ALWAYS delivers in a singles spot, as seen in his shocking first round upset of Shingo – the match of the tournament for many. Going into this match, no one expected SHO to get a second win, but it was well worked throughout, with SHO showcasing his fiery side, his propensity for reversals and his strength against the constantly “cool” SANADA.

Early on, SHO targets SANADA’s left arm, using the ring posts, the ropes, and kicks to damage him for his cross armbreaker attempts. SANADA, when he is on top, is taking it to SHO’s left leg; he’s a “power junior” able to lift people much larger than him, but without a strong base, that makes it much more difficult. In one of the coolest spots of the match, SHO counters the typical double leapfrog spot from SANADA by catching him in a german suplex, rolling over into a second and then dropping him into a cross arm-breaker. The strikes are shit hot, and when SHO is able to break up an exchange with a monster lariat, you see this guy who is surely a future champion. The last bit of the match resembles a lot of other SANADA matches, where he continually attempts the dragon sleeper so that he can lock on the Skull End, but SHO is able to power and maneuver out again and again, before SANADA finally surprises him with a moonsault off the ropes into the sleeper and then drops him into the Skull End for the win. All in all, a pretty great match that definitely would have been improved with a crowd ravenous for both guys. SHO did very well for himself here in the New Japan Cup, and I hope we get to see more of him as a major player in the heavyweight ranks. ***3/4

This match mostly involved Yota Tsuji. He took most of the offense from all three members of LIJ, but he also looked quite good in giving a bit of offense too – in particular against Hiromu. With his added bulk during the layoff, he’s also a bit bigger than Shingo, which is cool to see – the current crop of Young Lions is really exciting on the whole. Otherwise, this match didn’t do a bunch, solidly worked, but just a placeholder. Of note: This is my first time seeing the LIJ soccer jersey in action and I really regret not buying one, because it is super sick. The Ishii exchanges with Hiromu were powerful, but were kind of bubbling under the surface; when they explode at the next show, we are in for something special. Hiromu beat Tsuji with a boston crab. At the conclusion of the match, Hiromu does gesture toward Naito and his belts, so while I have almost zero faith that Hiromu actually beats Ishii, I could be wrong! Skippable match, not a whole lot of progression, but not offensive either. **1/2

Kota Ibushi has been a STAR for a while, but there is something about his mannerisms right now that put him beyond. Just entering from the curtain, with Tanahashi as his second, he seems to have a confidence that is more assured, more noble. He’s been one of the top guys in New Japan for years now, but he really feels on complete even footing with someone like Tanahashi at this point. Taichi is someone who is slowly approaching that status. I do not believe Taichi will ever be world champion, but I think he will be a regular challenger for the next few years and continue his role as one of the lead heels in New Japan. His win over Tanahashi in the 1st round wasn’t at all unexpected, which says something. For a guy who many have turned the corner on in the last 2 years, Taichi has really established himself as a legit heavyweight and at this point has proven to be one of the best BRAWLERS in the company, which has seen his matches really improve.

This match was awesome. It is centered around strikes, as many Ibushi matches are, with an extended kicking sequence between the two that eventually leaves both men wounded and on the ground. The reversals are crisp, and when Taichi hits a throw or a back suplex with the best bumper in the world, it looks brutal. The work from ZSJ on the outside plays to the character and is never overworked. Taichi just acts like a true heel, someone who has improved, can go toe to toe with anyone in the ring, but isn’t QUITE at the level of the top talent and has to take shortcuts here and there. A low blow with a distracted ref, pushing Ibushi into the ref, using the Iron Fingers, it all works for Taichi’s character. This was a match with multiple segments that all built to the logical conclusion. Taichi wins with the Black Mephisto and has now beaten two of the top stars in New Japan and will face SANADA in the quarter-finals. After the match, however, he grabs the IWGP Tag Team Title belts and lays them in the ring – which to me suggests where he will be on the card for Dominion, and honestly – the Dangerous Tekkers vs. Tanahashi & Ibushi match is one of the most exciting heavyweight tag matches New Japan has had in some time. ****

As far as looks and movesets go, EVIL and Hirooki Goto are two of my favorite dudes in New Japan. The top tier main event spot isn’t really a place for either of them at this point, but as second tier dudes, they are some of my favorites, even with EVIL having seemingly regressed slightly over the last year or so.

This match was just dudes beating the shit out of each other, more than any other match on the show. Two guys who love to inflict violence on their opponents and can take their fair share as well. There isn’t a ton of story to the match, maybe with EVIL taking a few cheap shots here and there (especially at the end with a MASSIVE stomp to the dick), but the back and forth nature works for these two bruisers. Goto gets almost all of his signatures spots in here, from Ushigoroshi to GTW, heavy kicks and more. EVIL is able to work Goto on the outside, use a chair, etc. Not a world beating match or even necessarily a hidden gem, but two guys who just worked hard, but EVIL eventually getting the win with the EVIL. Definitely recommended and I could see some people thinking this was match of the night or one of their favorite matches of the tournament, while others might be lower on it. If you’re like me and just love hard-hitting affairs and don’t need a whole lot more, this one is for you. ***3/4

The right side of the bracket held its own during this show, with really only one bad match (probably my least favorite match of the tournament). SANADA showed up, even though it was the SHO showcase (editor’s note from Andrew Rich: SHOcase), Ibushi and Taichi continued their march toward superstardom, and EVIL and Goto did what they do best – just beat the snot out of one another. One of the better overall shows of the Cup, though nothing here will make it to my top 3 matches of the tournament. We have some really exciting matchups and possibilities from here on out:

Will it be an all CHAOS vs. all LIJ semis? We shall see tomorrow, July 2nd when all 4 quarter-final matches take place! 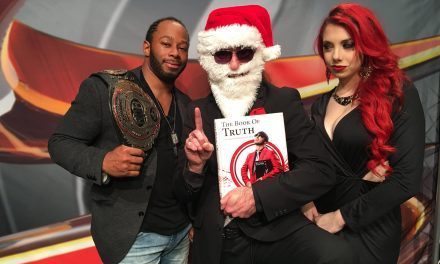 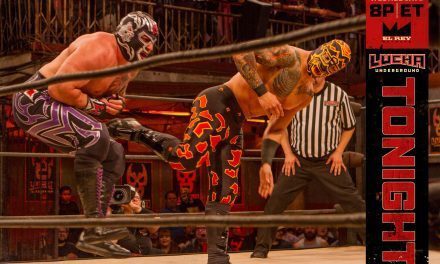 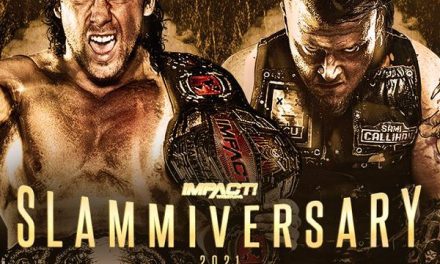