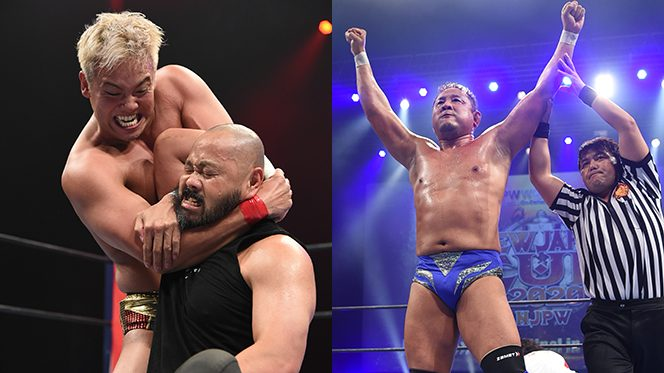 Hey everyone, welcome to our Night Two coverage for the New Japan Cup 2020. For anyone looking to get caught up I highly encourage you to check out John Carroll’s fantastic preview and Harley Duncan’s review of Night One. While empty arena shows sometimes have a hollow feel to them, I felt like New Japan mostly knocked it out of the park on night one, so let’s hope for a repeat performance today.

While a small sample size, I have enjoyed Kidd’s young lion run so far. That run has included a couple of singles losses to Ishimori’s tag partner El Phantasmo, which just gives a little bit of a nice backdrop to today’s match.

In the end Ishimori controlled the bulk of the match while methodically taking apart Kidd. In fact, Kidd really didn’t have any sustained offense until near the finish, at which point Ishimori started relying more on his speed advantage and then fairly quickly put Kidd away with his Yes Lock. Solid enough match that more underscored Kidd’s position at the bottom of the young lion ladder more than anything else. **½

Dang y’all, let me be around the 5,000th person to point out that Uemura got jacked during New Japan’s hiatus. Uemura starts hot and with more success than Kidd was able to, and already we are seeing how much further he is in his development.

The match largely continues to build in a 50/50 manner, and then Uemura strings together a nice springboard crossbody block and an arm trap suplex. More nearfalls follow and Kanemaru starts getting more desperate in his efforts to put away the young upstart. In the end, we get the finish that we all knew was coming as Kanemaru puts him away with the Deep Impact. That was a blast and the match did what it needed in setting up Kanemaru versus Ishimori for round two, while giving Uemura plenty of shine. ***1/4

Yesterday’s eight-man tag was great in how it teased out all the upcoming singles encounters between the competitors, so hopefully, today’s will be similar. Man, Roppongi 3K are in an interesting place right now as YOH is really starting to look like a star, but then you see SHO and he just looks like THE STAR.

Anyways, this ended up looking like a lot of New Japan multi-man tags, and as always LIJ looked like a well-polished machine. The match itself really focused more on the SHO/Shingo rivalry than any of the other pairings, which makes sense given their rivalry and how New Japan was building to a program between them pre-hiatus. In the end, Goto puts away BUSHI with the GTR, but yeah this match was largely about getting you hyped for Shingo vs. SHO. ***

Now this is the match that I am most excited for, as the old rivals face off one more time. The two of them have had some real bangers in the past, including multiple memorable encounters in the Tokyo Dome. With their all-time series at five wins apiece, there is a very real chance that whoever wins this match will finish with the overall series advantage.

Immediately we see that there is no love lost here, as we start with an extended forearm exchange in the middle of the ring. The two just continue to lay into each other with brutal shots, until Suzuki finally takes Nagata down into a leglock. Man, Suzuki’s sadistic side really shines through in an empty arena setting, as it almost makes him seem crazier when there is now crowd to play-off of. Good God, the hard hits just keep coming, and you just really feel the pride that each man has along with the hatred that they have for one another. As the match progresses you also see more of their familiarity with each other as they sprinkle in callbacks to their previous encounters, all of which culminates with Nagata countering Suzuki’s slip behind effort into the Backdrop Hold for the well-deserved victory.

This was just a fantastic match between two older warriors. While both men are more limited than they were when they last faced off seven years ago, it still felt like they were able to effectively turn back the clock, and as a result this truly felt like a continuation of their rivalry, and not just a “greatest hits” match like what you sometimes get in these situations. My only disappointment for the match is there wasn’t a live crowd there to give both men the ovation that they deserve. Perhaps I am overrating this, but to me, this was ****¼ and is my match of the tournament so far.

Time for the main event, as Okada is given one more opportunity for vengeance on Gedo. While Gedo is bound to have countless tricks up his sleeve, and knows Okada better than anyone, it is hard to imagine any outcome other than Okada leaving victorious.

We begin with Gedo coming out in an arm sling, but don’t worry thanks to Chris Charlton’s translation work, we learn that Gedo simply injured his arm while practicing this morning, but don’t worry he still wants the match to happen! Then in the shock of all shocks, it turns out that Gedo isn’t actually injured and the match gets underway with Gedo immediately resorting to every shortcut that he can think of. This proves an effective strategy, and thanks to help from various weapons, Gedo is able to stay in control of things for a while…including even getting in a nearfall after a ref bump, brass knuckles, Gedo clutch combination. At that point Jado slowly makes his way to the ring, and Okada seems to realize enough is enough and finally puts away his former hype man with the cobra clutch. Smartly worked match, but there is only so much compelling drama you can get out of Okada versus Gedo in 2020. **¾

As far as empty arena wrestling goes, this was a damn enjoyable card that did not overstay its welcome. Suzuki versus Nagata was heads and shoulders above everything else tonight, and in my opinion is in the top tier of the empty area matches that we have been offered the past few months. Combine that with a series of matches that told effective stories while logically advancing the tournament, and you end up with an easy thumbs up show. 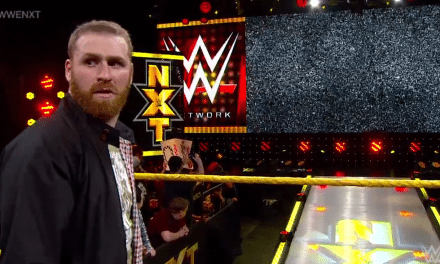 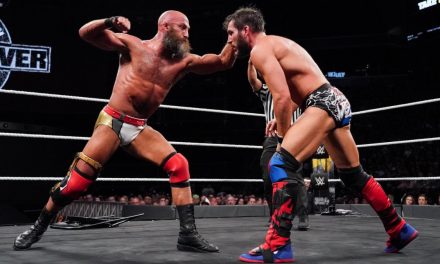 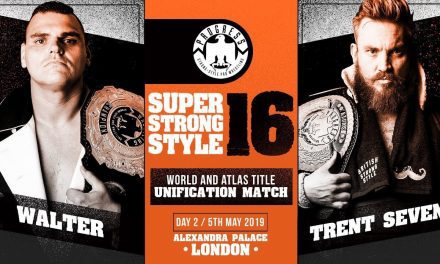