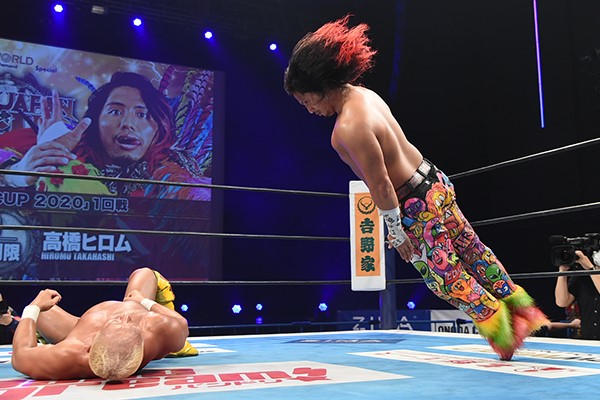 This was really good! Yota Tsuji and the other Young Lions are almost designed for empty arena wrestling, as their generic white meat babyface personas make as much noise and show as much fire as possible.

You can tell that the company and Makabe has some very high hopes for Tsuji just on the sheer number of bumps Makabe took for him. There was a very good strike exchange followed up by a great Lariat and Bridging German Suplex to give Makebe the win. Probably the best Tsuji singles match to date, worth a watch. ***1/2

I need to preface this by saying: Jado was not supposed to be in this tournament, he barely wrestles and it looks like every step he takes hurts him.

This was the worst match I’ve seen this year. Not sure how a nine-minute Yano match (let alone one with Jado) fell through the cracks but here we are. DUD

This was better then it had any right to be, particularly in the second half. Honma really pulled his weight and had his best match since…well since god knows when! Both men worked some really nice near falls in with some hard-hitting spots which is even more effective given Honma’s physical state.

If this had a crowd, they would have been at a fever pitch and would’ve easily been a 4-star match. However, the first half built around Honma taking heat didn’t work as their was literally no heat and that just drags it down a bit. ***1/2

The clear standout match for night 1 when the revamped New Japan Cup was announced and it definitely held up its end of the bargain of being the best match of the night. They had a really good back and forth match, with Ishii, as always made his opponent look a million bucks, giving quite a bit of the match to Despy, despite him being a Junior.

My one critique of the match that is stopping it from reaching that next level, is that I never felt Ishii was in danger of losing, saying that however, the closing stretch was exhilarating with a few great near falls. I might be the low man on this, but this is still worth your time. ***3/4

This was probably the best show New Japan could’ve put on, given the personnel changes that they had to make. It felt like they really got the most out of Makabe, Tsuji and Honma. Capped off with a very good main event, there was enough good on this tidy two-hour show to make you forget about the disaster that was Yano/Jado. 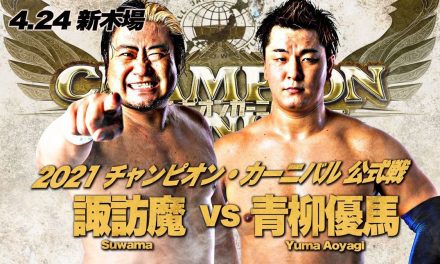 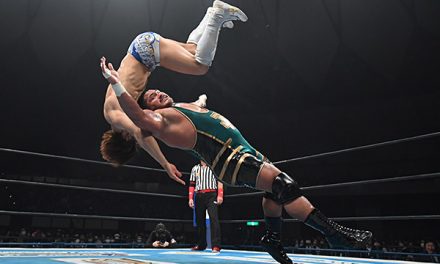