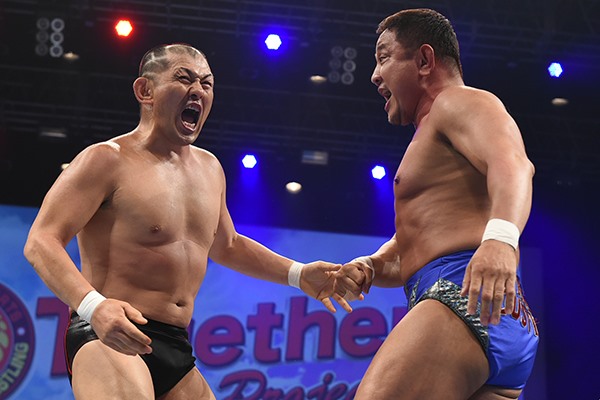 The card was to be announced at bell time in a similar vein to the always popular New Year Dash shows and as it turns out it would be a six-match card with New Japan Cup opponents facing off against each other for the most part. With the matches being your paint by numbers NJPW multi-man showcase I thought it would make for a less monotonous read to talk about the most interesting observations of the show rather then what I liked and didn’t like on six 3 1/4 star matches.

Gabriel Kidd could’ve gone home when the pandemic was reaching its scariest, however, he opted to stay in the Dojo and that type of commitment has to be applauded. Logic would suggest that staying at the Dojo with literally nothing else to do but train would lead to improvement and in this small sample size it was ultimately hard to tell, but he definitely didn’t get worse and I look forward to watching him over the New Japan Cup tour.

110 days since the last show, 110 days of Yuya Uemura in the gym and eating raw protein! He looked jacked and a shoe-in to be a future heavyweight star. While Uemura was getting jacked, Tomohiro shii he was spending his 110 days off not killing himself. This is the healthiest and freshest he’s looked in ages. not need layers of trainers tape is very positive and hopefully leads to another great in-ring year for Big Tom Ish.

For their first attempt at the empty arena show, I thought they did as good as job as possible. The venue looked great, the ring was mic’d well, the wrestlers were making some great noise, the matches were a perfect length and the commentators were full of energy. The show running for less then two and a half hours is also a major plus and it gives me extreme confidence that the New Japan Cup will be a big hit!

This show served as the return of New Japan but it also did double duty as the preview for the New Japan Cup.

Many believe SANADA is winning as they did originally back when it was supposed to take place in March and although I didn’t think he would win then, I still thought there was a really good chance. Now? not so much. The final is no longer taking place in SANADA’s home prefecture of Niigata but instead a 1/3 capacity Osaka-jo Hall – the night before a 1/3 capacity Dominion in the same arena. With 4000 tickets to sell for Dominion instead of 12000, does New Japan really want to burn potentially one of their biggest matches? I don’t think so. A sell out is almost guaranteed for these shows without a card so that’s why I think this is the perfect time to give Ishii the tournament win, he’ll have a great tournament, an incredible match with Naito and you’re not burning a fresh match-up.

Out of all the New Japan Cup preview combinations we saw throughout the show, none got me more excited for their match up then Ibushi and Zack Sabre Jr. I already think they are each other’s best opponents and they were just so crisp with each other tonight. Zack’s style lends itself beautifully to empty arena and Ibushi’s selling is the perfect foil for it. I believe this will also set up a ZSJ/Taichi tag title challenge against Ibushi and Tanahashi for Dominion which I am all for.

SHO, YOH and Kazuchika Okada wrestled the LIJ trio of Hiromu Takahashi, Shingo Takagi and Tetsuya Naito in what was head and shoulders the best match of the night. SHO came out in his singles gear, looked as ripped as ever and looks to be a real star in the making. Naito and Okada had a great opening sequence and everytime there was an extended break in it I could ear the standard applause of appreciation from the crowd in my head, a trait I think only two very special performers can pull off. This really felt like normal NJPW multi-man main event which bodes well for the New Japan Cup

Well, there you go, my most interesting takeaways from New Japan’s first show back since February. A breeze to get through and skipping through entrances and post-match, this show would be under two hours long so if you’re looking for something to watch I would recommend going through this. 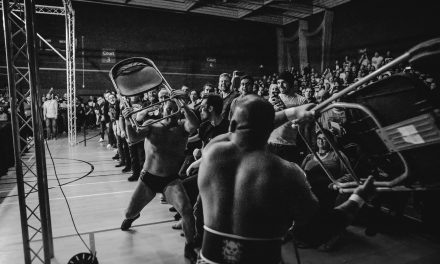