This is our first Patreon-exclusive full episode. Sign up to the Wrestling Omakase Patreon now for just $5 a month to get access to it, along with:

-Next week’s Patreon-exclusive full episode with VOW flagship co-host Rich Kraetsch
-John’s series watching and recapping all of the Kazuchika Okada vs. Hiroshi Tanahashi matches in order, which already has six episodes up and ready for you to listen now.
-Anime Omakase, our new series exclusively on the world of anime, which already has its first episode up.
-Bonus audio with John and VOW contributor Tyler Forness giving their 2020 New Japan Cup picks, filling out their brackets live on the air.
-And much more to come!

This week on Wrestling Omakase we’re all over the map in our first-ever Patreon exclusive episode! If you haven’t listened to a 5 Matches episode yet, every week John and the guest each choose 2 matches to watch and talk about on the episode. Then we each choose a third match, which is put up to a vote on the @wrestleomakase Twitter account (or Patreon!), letting the listeners choose our fifth and final match of the week. It’s a fun retro format featuring all sorts of different wrestling!

John is joined by debuting guest Alan Counihan (@Alan4L) from the PWTorch as the two start things out with some discussions of their quarantines and reminisce on their trip to Japan together back in 2016. Then we get into our 5 picks of the week, which features a lot of variety:

Topics that come up along the way include: 90s joshi greatness, taking your haircut like a champ, the breakdown of the NJPW/DDT relationship, how much of Tanahashi’s comments at the time were a work and how much were a shoot, a long history lesson on World of Sport and how British wrestling fans rejected it for a while (including a very amusing anecdote about how fans reacted at a British supershow of sorts way back in 2005), Jim Breaks’ Nose, Toryumon in 2003 and how this was a snapshot of a promotion that would never really exist again, BattlArts vs. other shoot style companies, Minoru Tanaka fucking rules, and much much more! It’s a really packed episode that we think you’ll enjoy! 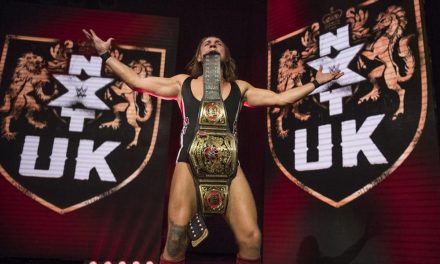 Sarah & Sarah: Irish Wrestling Round Up (OTT and Courage)