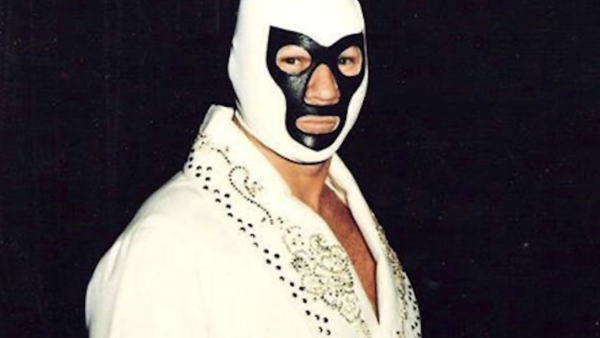 Sometimes, it is cruel to judge a wrestler based solely on the period of time that is available to critique. To condense down all feelings and emotions about a worker based on a small, somewhat insignificant portion of their career can miss the point entirely on what they were all about or capable of. Wrestling wasn’t created in 1984, but the rise of Hulkamania and the birth of WrestleMania means there is often a disparity between the impressions we have of wrestlers who fall either side of that line. A peak that was in the 60s or 70s becomes entirely dependent on historians passing on the word, especially if it occurred in places were video recognition is few and far between.

However, a snapshot can be enough to give a hint of what someone was capable of, alongside their willingness to see the bigger picture in their career and the career of others. Age need not be a limiting factor, nor the transition from the regional to the national. For (relatively) younger wrestling fans who grew up during the WWF-expansion, Mr. Wrestling II may be little more than a name if recognized at all. With a debut in 1955 and a career that wound down in the mid-80s (retiring formally in 1990, outside of a return in 2007), his peak was largely a bygone era, lost to the sands of time for many.

With the access to Mid-South wrestling via the WWE Network, what does remain within easy access for the modern wrestling fan is Mr. Wrestling II’s feud with Magnum TA. For many, this will be the only significant collection of his body of work you can easily witness without trawling through the internet. Though 39 isn’t necessarily an age that sees a worker over the hill, it was an age that potentially saw his career drawing to a close, or at least his career as a top-level worker that you could build a territory around. With a push for national exposure seeing bigger, better-looking wrestlers come to the forefront, maybe his time was over?

Some may consider the idea of ‘giving back’ as a cliché concept: to what extent do we owe anything to the people coming behind us? Given that the business was a largely dog eat dog world at the time – if you help someone else get booked, they might take your spot along with it – a singular vision that protected the individual could be understood. I’m not trying to paint Mr Wrestling II as a great philanthropist of the sport, but there were more years behind than ahead in terms of his wrestling career. A decision to work a programme with a young, rising star such as Magnum became about one last significant hurrah for Wrestling II, alongside a chance to establish the next generation.

Even if you ignore the whys and wherefores and to what extent any of this was about helping TA and Mid-South, this snapshot of Wrestling II’s work is excellent. If we only ever see this tag team and eventual feud as the sum total of his output, we walk away with the understanding that Wrestling II understood exactly what the sport was about. From the bell to bell action to his character work, he was on a television with many excellent workers, yet still managed to stand out. That his curmudgeonly old man coach to TA’s wide-eyed youth was apparently not really a gimmick – he was a salty guy when he wanted to be according to records – probably helped, and it translated into immensely watchable television.

The best feuds in wrestling are born out of perceived legitimate gripes. The heels have to believe in what they are feeling, no matter how ridiculous they may be, and so should the crowd. There should be an element of understanding, though also castigation as the fans believe the heel to have gone beyond the pale when it comes to handling the issue.

Mr. Wrestling II’s problem was easy to understand and sympathize with.

Having coached Magnum TA and led the duo to a Mid-South Tag Team Championship reign (defeating Butch Reed and Jim Neidhart in a wild cage match on Christmas Night 1983), the positioning of TA as number one contender to the Junkyard Dog’s North American Heavyweight Title caused the green-eyed monster to rise in Mr. Wrestling II. Embroiled as they were in a feud with the Midnight Express that had seen Wrestling II tarred and feathered as well as whipped by Eaton and Condrey, tensions were already running high. Being overlooked in this fashion was a slap in the face. Though Wrestling II had been such a good coach to take his charge near to the promised land, it was only then that the masked man realized that he wasn’t yet ready to give up his spot.

The feud allowed TA to blossom as well, built around his lack of desire to face off against his master or to step in his way. Even though Magnum passed the North American Heavyweight Title shot to Wrestling II, he earned several beratings that turned physical, yet he refused to lay a hand on the man who had coached him. Finally, after Wrestling II threw the towel in to cost TA a spot in the Television Title Tournament, the youngster had had enough. A blocked slap led to a fired-up Magnum heading into the ring, at last ready to battle his master. Unsurprisingly, Wrestling II was less than ready to meet the man head-on.

The two days of March 12 and 13 saw a seismic shakeup as Wrestling II cheated to defeat the Junkyard Dog, before walking out on TA in a Mid-South Tag Team Title match the following day. Not only did this cost his team the gold, but it saw the pre-match stipulation of five lashes to each of the losers switched to ten on Magnum alone. It was a simple touch, though added further fuel to the fire in the process.

In many ways, the tag team explosion of Wrestling II and Magnum TA was the peak, with the resulting feud bogged down a little by the booking. Having introduced a new Mr. Wrestling II (Hercules Hernandez) and entering in a brief feud with the Rock and Roll Express (who dressed as the masked men to get around a loophole in order to fight and defeat the Midnight Express for the gold), the focus wasn’t quite as it was before. When it came time to drop the North American Heavyweight Title, it was Hernandez who caused the problems, mistakenly catching his mentor with a loaded kneepad to enable Magnum TA to pick up the victory.

Though the storyline may have fizzled out, the team, the feud and the title victory all worked in harmony to make Magnum TA a bigger star.

Though he was always going to be someone who went far in the business, it was a launching point for his career and it wasn’t surprising to see him head to the NWA later on that year. Though it would be churlish to suggest it was all due to Mr Wrestling II, the masked man played a significant role in making TA look like a star. Though the focus had wavered towards the end, TA’s victory over Wrestling II was the culmination of a storyline that had positioned both men at the forefront of the weekly television for over half a year. It was the exposure that pushed him over the top.

For some wrestlers, only having a snapshot of what they can offer could be a limiting factor in how people view their careers. However, that isn’t the case for Mr. Wrestling II. With some of the best territorial action of the 80s centering on his work both in the ring and as a character, it can only serve to whet the appetite for what he had been capable of back in his ‘prime’. If you haven’t checked out the feud yet, find the time.

You won’t be disappointed. 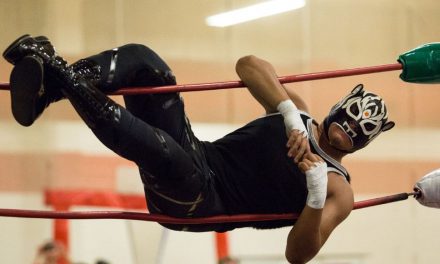 A Mexican In Japan: The Saga of El Hijo del Pantera in Wrestle-1

Armories and Snowflakes: Black vs. Danielson (Ring of Honor 2008)