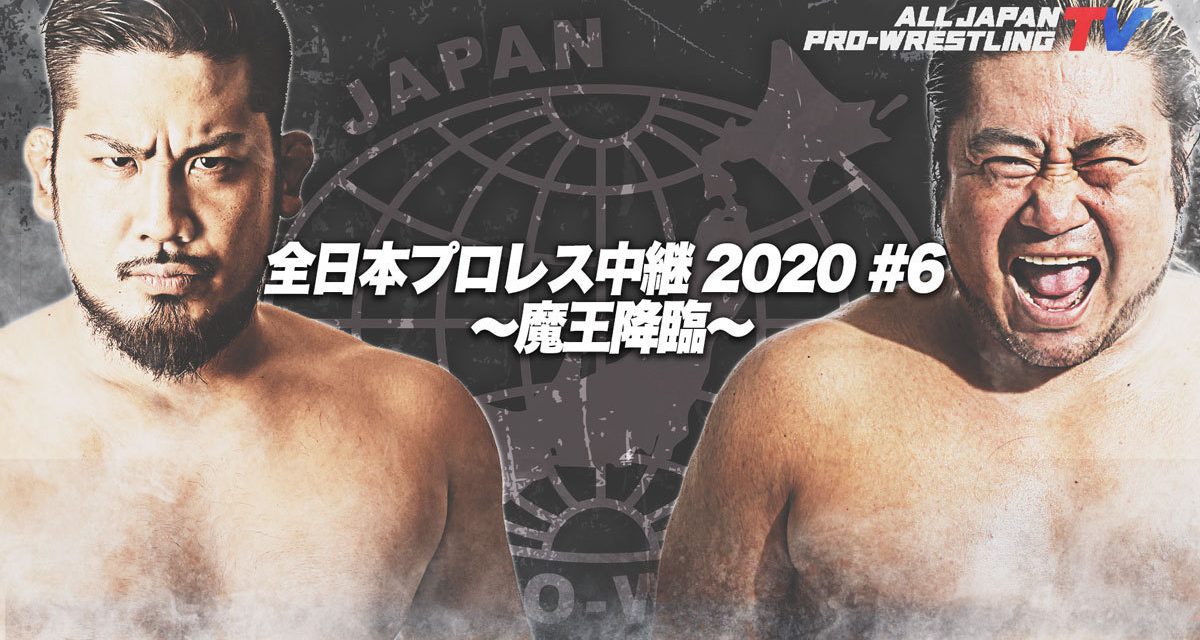 This was Aoyagi’s first match since January 14, 2020 where he injured his left hand. He would re-injure the hand during training to come back which is why he was out for nearly five months. Aoyagi didn’t look too rusty here, pulling out some new moves like a hand-spring forearm smash. He’s also added a bunch of muscle to his frame. Aoyagi got a lot more offense in this match than I expected and was fairly competitive throughout the whole match. Akira even worked a bit like a heel here, targeting Aoyagi’s left arm and hand and putting him in an Octopus Hold while trapped in the ring ropes. Aoyagi would submit to a Ground Octopus Hold from Akira. This was a perfect opening match that told a good story of Aoyagi’s return and his still vulnerable hand. ***1/2

The role of this match was to highlight the young guys with the veterans helping them. Akiyama and the elder Omori got in their spots early on and soon we were given an extended Hokuto Omori vs. Dan Tamura sequence that ended up acting as the closing stretch. The young wrestlers worked really hard at a blazing speed, both getting a couple of near falls on each other before Hokuto Omori pinned Dan Tamura with a German Suplex Hold. Another solid match that highlighted All Japan’s young talent. ***1/4

Before this match started we went to the back where Kodama and Menso~re’s hands talked to each other and yelled Menso~re’s SHHHHHAH catchphrase at each other. This is a weird pairing and the angles these guys have done have been goofy, but haven’t quite crossed the line into too goofy for me yet.

This had a pretty basic match format, where Kodama ended up getting worked over, but everyone looked good here, particularly Kodama, whose selling was great. Unfortunately, the new best friends/tag team partners still had some kinks to work out, as Kodama accidentally hit Menso~re, with Menso~re’s own hand signal, leading Iwamoto to hit the Koko no Geijutsu to pin Menso~re. But after the match, where they almost came to blows again with Iwamoto and Sato, Kodama and Menso~re seemed to have reconciled. This was just kind of there and was more storytelling than a match, and not in a way that lets the moves in the match do the storytelling. We’ll see where this goes, but I have a feeling this storyline could get even goofier. **3/4

This had a bunch of mat work to start and TAJIRI worked over Aoyagi’s left leg. Aoyagi regained momentum using a dropkick which was a little weird, but to his credit, he kept selling the leg. This match never really kicked into high gear and Aoyagi got the win with a Japanese Leg Roll Clutch Hold really out of nowhere. It was fine for what it was, and Aoyagi kept selling the leg even after the match, but it was hardly thrilling. **3/4

Would it shock you to learn that Purple Haze attacked before the bell? Zeus beat up Miyahara for a while. Then Yoshitatsu and Izanagi both tagged in. Then Miyahara tagged in, and after taking care of Zeus, Yoshitatsu hit a Codebreaker on Izanagi then Miyahara followed that up with a German Suplex Hold for the win. That combination of moves is called the Yoshiken Samba. Anyway there really wasn’t much to this, it was the usual paint-by-numbers tag match featuring Purple Haze. **1/2

After watching this match, I think it’s safe to say that Ishikawa is showing signs of his age (he turns 45 in September). That does not mean this was a bad match by any stretch, just that he is moving slower and some of his power moves, well, look a little sloppy at times. This is the first Ishikawa singles match he’s had in quite some time and it is a lot more apparent here than in his tag matches. Anyway this was still solid with a good build, and Lee looked good here and actually brought some fire. There was however, a sequence where Lee did a bunch of roll ups on Ishikawa that looked sloppy and I wouldn’t say that was completely Ishikawa’s fault either. Then Ishikawa just hit the Fire Thunder Driver out of nowhere for the win after Lee’s roll up attempts. This had moments where it looked like it had potential but the sloppiness and lack of a hot ending really took it down a notch. Also, I didn’t expect that result. Lee did not look too happy about it either. Not exactly sure where they are heading with Lee given that he has had several wins in singles matches recently. ***1/4

SUWAMA and Ashino started things off with some really amateur wrestling style mat work which I thought was a nice touch. Both moved pretty smoothly while doing it too. This is a great thing to tease on the road to their inevitable Triple Crown title match. From there the match settled into Okada getting worked over by Enfants Terribles, a role that Okada has really started to excel at. He’s great at selling and shows fire whenever he finally manages to power back up to make a hot tag. This was one of those extended beat downs that wasn’t boring to watch. There was one sequence where SUWAMA and Ashino traded Ankle Locks and I was like damn I cannot wait for their singles match. Ashino and SUWAMA really have tremendous chemistry with each other. SUWAMA even softened Ashino up enough at one point for Okada to get a big near fall on him with a Small Package Driver. Ashino also hit a beautiful German Suplex on SUWAMA showing he can throw the much bigger man around with his suplexes. Ashino even got distracted at one point beating up on SUWAMA and choking him that Okada managed to gain an advantage. It was little touches like that in the match’s story that really made this great. Ashino would make Okada tap to the Ankle Lock at the end of course. This was awesome. After the match Ashino cut a promo on SUWAMA, but Yuma Aoyagi then came out to challenge Ashino, and they will face off on the next show on June 19. ****1/4

While quite possibly the weakest top-to-bottom card All Japan has put together in the empty arena era, the main event was excellent and did a superb job in setting up Ashino vs. SUWAMA for the Triple Crown. They showed they have the chemistry to put on what could be a banger.

After being lost in the undercard in the empty arena shows, it’s nice they are finally doing something with Yuma Aoyagi, however in building him up to face someone on a hot streak like Shotaro Ashino, they should have given him a much more dominant win over TAJIRI instead of going fifty-fifty on mat work then rolling him up.

With all that being said, I am going to go and say that I think the Enfants Terribles invasion of All Japan is the best angle going on in empty arena wrestling. It has been simple and effective, and from the tease on this show, is leading to what looks to be an incredible Triple Crown match. 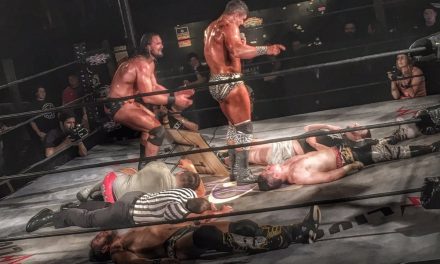