Madoka Kikuta and Sora Fujikawa join the plethora of debuts in recent memory, starting with Kota Minoura and Dragon Dia in 2018, then Strong Machine J, Kento Kobune, and Taketo Kamai in 2019.

Fujikawa showed great fire fighting from underneath in this match. He took a beating from Kobune and Kamai in the early stages of this match, and when he and Kikuta later made a comeback, Fujikawa’s fire and intensity was hard to ignore. His partner, the aforementioned Kikiuta, is closer to a complete package, at least in their debut. Kikuta started his career off with a vicious bicycle kick and continued to bring the pain throughout the match.

The four squared off in a chop battle that made me feel very excited about the future. Kobune, especially, has been pegged as someone to watch and a future star, and through one outing, I now must say the same about Kikuta. The future is bright for Dragongate. This match did not need a crowd. They succeeded in the empty arena environment, just like the prior tag matches on these King of Gate shows have. Recommended. ***1/4

Their first match was better. The semi-finals were decided by lottery pick, so going in it was unclear whether or not Doi would get his rematch with the Brave Gate champion that upset him. He made sure that this time around, he didn’t let Ishida get comfortable. Doi attacked him as soon as Ishida entered the ring and the match largely existed as a frantic brawl, that due to the given circumstances, felt heatless.

There was one really strong moment when Ishida had his ankle lock locked in on Doi. It was clear it wasn’t the finish, but it was a heated moment that felt like a turning point in the match. It was, but not for Ishida, as Doi powered out and quickly hit two Bakatare Sliding Kick’s and pinned the Brave Gate champion. Doi, the Dream Gate champion, advances to the finals. ***

Kaito Ishida got a lot of buzz out of this tournament and rightfully so, but now after seeing both his and YAMATO’s run in the tournament conclude, I think YAMATO has to be named the MVP of this tournament. He’s put ***3/4 on the board three times now, first against Ryo Saito, then against Kzy, and now against Eita. YAMATO is someone that I have battled with over the past few years as he’s dipped in and out of complacency, but the ace of the company brought his best material in this environment. I really, really wanted him to win this match the longer it went on, because he’s now proven that he’s excellent in this setting.

Eita, however, after a referee distraction and a BxB Hulk chair shot to the back of YAMATO, was able to grab the victory. The interference did not lead directly to the finish, but there’s no way to look at this match without acknowledging a basic, annoying, albeit harmless interference spot. YAMATO powered back with the Frankensteiner of the Almighty, Eita kicked out, and then soon after took the former champion’s head off with the Imperial Uno, which has been his go-to move this tournament. Eita survives and advances to the finals of King of Gate for the second year in a row. ***3/4

Dragongate’s penultimate King of Gate show is a reminder of how bright the future is for the company. The rookie tag match at the start of the show featured four guys who have been wrestling for less than six months putting on an exciting, competent affair. Kaito Ishida vs. Naruki Doi was a let down given my expectation level, but the main event of YAMATO vs. Eita proved that the main event scene in Dragongate can still be incredibly vibrant, even in dull times, globally speaking. Thumbs up for Night Nine of King of Gate. 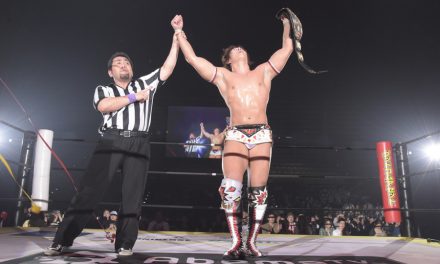 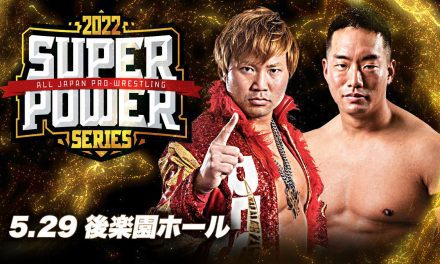 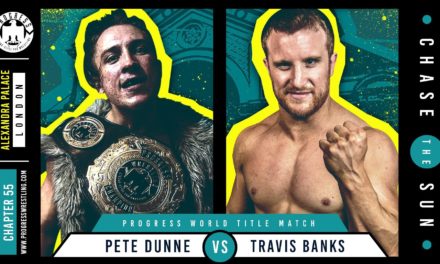 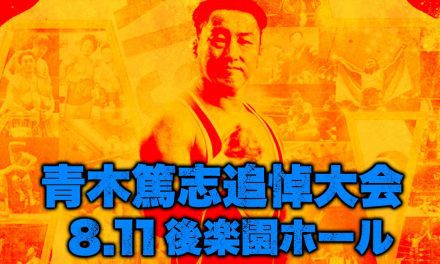