This week on Wrestling Omakase we talk, honestly, a whole lot of mid-to-late 2010s NJPW. If you haven’t listened to a 5 Matches episode yet, every week John and the guest each choose 2 matches to watch and talk about on the episode. Then we each choose a third match, which is put up to a vote on the @wrestleomakase Twitter account, letting the listeners choose our fifth and final match of the week. It’s a fun retro format featuring all sorts of different wrestling!

John is joined by first time guest Liam, co-host of fellow VOW network podcast Wednesday War Games (@WarGamesPod). Before they get into the fun stuff, John and Liam do briefly touch on the tragic week in wrestling, including of course Hana Kimura’s incredibly sad and sudden death, so I wanted to make sure you’re warned about that here. We do not spend very long on this subject nor do we get into any details surrounding how it happened; John briefly talks about meeting Hana at the STARDOM NYC show last year and both talk a little about how much it upset them, but that’s really about it. If you’re in the US and need to talk to someone, the suicide hotline number is 1-800-273-8255. Please know people out there care about you.

After that unfortunately tragic opening we thankfully move on to much lighter topics, including a brief review of the previous night’s AEW Double or Nothing PPV (or at least the three matches John saw of the show). Then we get into our 5 Matches picks for the week, and here they all are in order:

Topics that come up along the way include: Liam watching PWG as a 12 year old, Ibushi/Nakamura vs. Ibushi/Zayn, Naito vs. Omega both as a series and why this match is their very best one, Liam gives a prepared speech about why Okada-Omega II is his favorite match ever and then John says it was Actually Bad (okay, not really, but not that great!), and then a long discussion on mid-to-late 2010s NJPW in general and their favorite and least favorite years at the very end. It’s a real fun time that will hopefully get your mind off what an incredibly shitty week it’s been in wrestling!

Missed any of the 5 Matches episodes or just want to revisit one of the matches discussed previously but aren’t sure what episode it took place on? Here’s a handy Google Doc with links to every single match we’ve discussed on this series so far, which will continue to be updated every week! 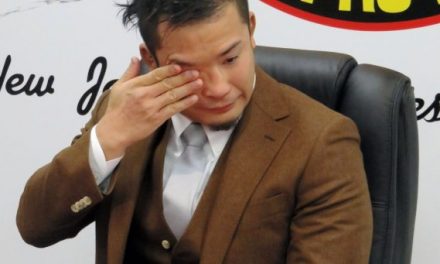