Arguably the match with the most life in it up to this point. It was nice to see the six-man format back in play, even if this was by no means an epic. Tominaga disrespected the Toryumon trio at the start of the match, putting Don Fujii on a path of destruction throughout this entire match. Fujii, actually, worked harder than either of his partners. Kanda had spurts of offense and Yoshino played along during the finish, but Fujii was the one with his working boots on tonight. He brutalized the younger Dragongate trio.

By no means a great match, but at the same time, better than you’d expect. It was nice to have units represented once again. This felt like a step in the direction towards some sense of normalcy. Yoshino forced Tominaga to tap with the Sol Naciente for the win. ***1/4

God, I wanted this to be so much better than it was. A rematch from the finals of last year’s King of Gate tournament. Ben-K went undefeated throughout block play and knocked off Eita in the finals en route to his main event win at Kobe World. I had a feeling Eita would get his revenge, and he did, they just happened to do it in possibly the most boring match these two could possibly have. Nothing about this was mechanically bad. In fact, I think there have been worse matches in the tournament. But for these two, two guys that Dragongate has put time, money, and effort into over the last five years, for them to lay an egg like this, stings far more than a regular bad match. There was no life, no energy, and despite a trip to the block finals being on the line, no real feeling of stakes. This, more than any other match so far, let me down the most. A huge bummer. **3/4

The expected result after Eita knocked off Ben-K. Dragon Dia’s six-month explosion up the card has been a delightful thing to watch. He completed the David vs. Goliath story in this bout, adding another R.E.D. giant to his list of victims in the process. He beat Yoshida, he beat Sakamoto, now he has to deal with Eita. I pray that Dia vs. Eita is going to be worthwhile.

This was worked just like the Dia vs. Yoshida match from the first round was. Dia got beaten down, made a big comeback, and then this time, scored a flash pin on Sakamoto. It’s a simple formula that I’ve yet to tire of.

King of Gate, on the other hand…I just hope the block finals are fun. ***

Block C is really struggling. The two worst shows of this tournament have been the shows that have featured this group of talent. The Ben-K vs. Eita match was a wind-out-of-the-sails moment for this tournament. I had enjoyed everything up to that point. Once that flopped, my mental capacity for this tournament began to shrink. I hope they can turn the ship around in the block finals. Thumbs down for Night Six. 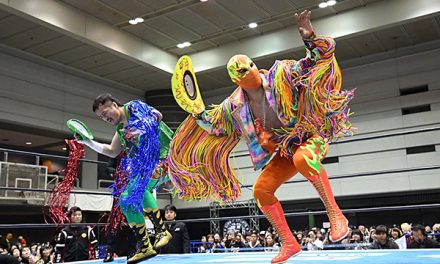 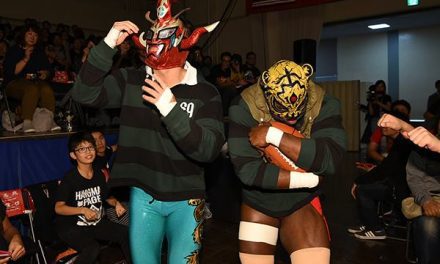 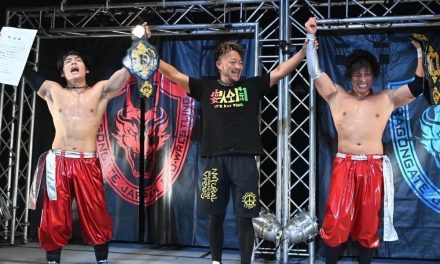