HYO’s reaction in front of no fans didn’t feel all that different from the reaction he gets in front of people. Since turning heel last October, HYO’s success has been lacking, as he’s become the definitive fall post for the heel unit, but his heel tactics are second to none. This man loves to brawl and he loves to cheat. He took Kzy to the floor in the opening portions of this match and beat him up on the outside of the ring. When Kzy began to find his momentum during the back half of the match, as he should’ve given the gross disparity between talent involved, HYO panicked and did what he could to once again level the playing field. He hit Kzy with a low blow, and when that wasn’t enough to put the main eventer away, he removed a turnbuckle pad and decided to do his bidding with that. HYO began whipping Kzy as hard as he could with the pad, and when Referee Yagi attempted to intervene, he was whacked as well. He had no choice but to signal for the DQ. ***

Every so often, Ryo Saito turns back the clock to 2005, when he was the company’s best wrestler, and delivers a performance void of comedy, shenanigans, or error. It is so easy to forget that Saito has the tools to be a top of the line wrestler and the fire to make him a believable opponent against anyone on the roster. We got to see workrate Saito in this match, something that quite possibly hasn’t been seen since he challenged YAMATO for the Dream Gate belt back in 2013. These guys work very well together.

YAMATO’s charisma shines through, even on these empty arena shows. It’s a very impressive feat, but it’s ultimately why YAMATO is in the position he’s in. I expect him to go very far. He could win the tournament and I wouldn’t be surprised in the slightest. He won King of Gate four years ago, which led to his lengthy run as Dream Gate Champion. History could easily repeat itself this year.

This is likely as good as empty arena wrestling can get. On DG’s first empty arena show, I gave the main event four-and-a-quarter stars and that remains the best no-fans match I’ve seen. This was a step behind that, but well ahead of what other companies are doing. ***3/4

That transition from Double Cross hold into CHOKE SLEEPER!#dragongate#KingofGate2020 pic.twitter.com/jPa43Gi4lq

Not every match can be a homerun. Diamante, who has gone from shockingly bad to perfectly competent in his time with DG, is not built for the empty arena setting. Kzy vs. H.Y.O. was far from anything great, but the match had a sense of life to it. Both of those guys are so charismatic that they’re able to draw me in even with no fans. Diamante and Dragon Kid do not have that power.

It’s strange watching Dragon Kid here, because it’s just now sinking in with me that he gestures to the crowd more than any wrestler I know. He’s always pointing at folks and drawing them in. He doesn’t have the chance to do that here, and the match suffered as a result. Diamante powerbombed him for the win in a very skippable match. **1/2

A tough night for the Toryumon Army as both Susumu and Saito fall to members of the Dragongate Generation. Santa Maria, a former Brave Gate Champion, has nights where she’s simply one step faster than her opponents, and tonight was one of those nights. Susumu was never truly able to get out of the gates because Maria was on her A-Game.

Maria’s luck will likely run out in the second round as she’ll be squaring off with the bigger, stronger, more powerful Diamante, but I could’ve said the same thing going into this round, yet she ultimately prevailed. ***1/4

The first night of Dragongate’s empty arena King of Gate tour was a success. The matches don’t overstay their welcome, the presentation is self-aware and thus engaging, and the content as a whole is digestible. I look forward to seeing if a match can overtake YAMATO vs. Saito as the match of the tournament. Anything that touches four stars in an empty arena setting is worthy of being celebrated by the masses. You’re not doing anything better, you might as well watch Dragongate. 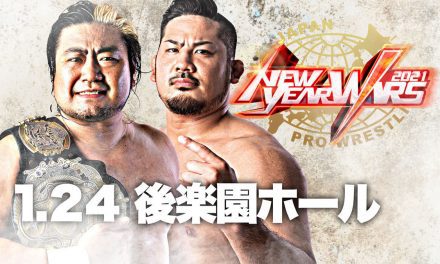