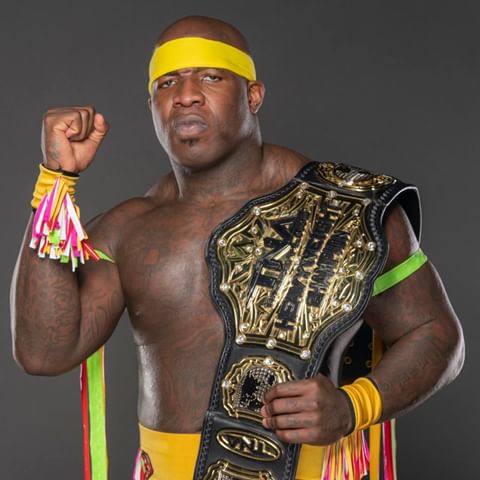 By the start of this year, I’d given up on Moose. I’d realized that what I thought I’d seen in the big man either wasn’t there or wasn’t seen by the promotion, meaning that he’d more or less be stuck in awkward midcard purgatory throughout the remainder of his stay with Impact Wrestling.

He’d shown what he was capable of in matches with Austin Aries and Eddie Edwards but his limitations had become increasingly clear in his feuds with Rob Van Dam, Ken Shamrock and Rhino in the second half of 2019. He was a talented big man who was comfortable on the mic and capable of projecting his size, but he wasn’t totally assured in leading a match and that more often than not his matches fell to the level of his opponent. In the instance of the matches with the older guys, they were plodding and dry.

The lockdown period caused by the blasted ‘rona has done a world of good in rebuilding Moose as a serious presence in the promotion and restoring my faith in his potential ceiling.

He’s appeared a man renewed with purpose and vigor over the last three weeks. While almost certainly a late change, his new gimmick as the deluded heel who truly believes he’s the TNA World Heavyweight Champion is brilliant. It’s stupid but in the right way for what the promotion is trying to do with the World title in limbo. It’s sort of like when Colby Covington ran around with the interim UFC Welterweight title. Although, Colby actually won that belt and Moose never won this one. And Moose isn’t a complete tool like Colby. Actually, that’s a poor comparison. Let’s move swiftly on…

Moose’s wins over all those veterans and his seemingly meaningless drift in 2020, wrestling the likes of Kid Kash and Chase Stevens on a weekly basis, suddenly feels important. In a weird way, those wins give his gimmick a sense of credibility that it ultimately shouldn’t have. The fact he’s now 9-0 in singles matches this year stands out as remarkable – he’s been built/protected well and it’s like all the other pieces are falling into place. His promos have improved and even small things like pulling out of the No.1 Contender’s tournament because ‘he’s already a World Champion’ fit the brief perfectly.

The cold open to this week’s show, featuring the legendary TNA voiceover man Barry Scott, was wonderful. It was over the top yet wildly entertaining, suiting his new character to a tee. Moose feels like a big player again, someone who has benefitted tremendously from these unique circumstances, catching lightning in a bottle and making the most of this opportunity.

.@TheMooseNation interruption to tonight's show open is one of the most incredible things we've ever seen.

Don't miss IMPACT in ONE HOUR on @AXSTV! #IMPACTonAXSTV pic.twitter.com/Tuq9X8E0pF

Matches with Michael Elgin, Eddie Edwards and Tessa Blanchard do/will feel appropriately important encounters and that’s because he’s risen back to prominence and once again feels like a main event player in a company that so desperately needs them.

Now, he’s not suddenly a top-tier in-ring worker and there are still obvious limitations. For example, matches where Moose is going to need to lead the pace are still going to be prone to drift and meander, and the booking of his win over Suicide left a lot to be desired (he should have had the match he had, beaten him clean after a fun opening stretch and not scraped through thanks to needless overbooking).

What he is though, is a man rebuilt and restored, not just in my eyes but seemingly within the promotion. Moose finally has a direction and an identity and he’s thriving because of it. There aren’t many positives that we can all take from the empty arena wrestling world at the moment, but this second coming of Moose is a big one for me. Long may the reign of the TNA World Heavyweight Champion continue. 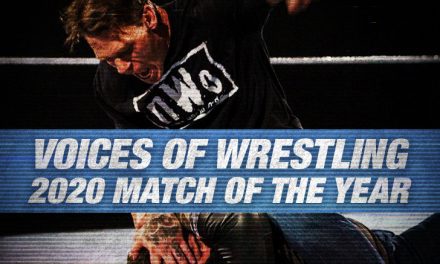