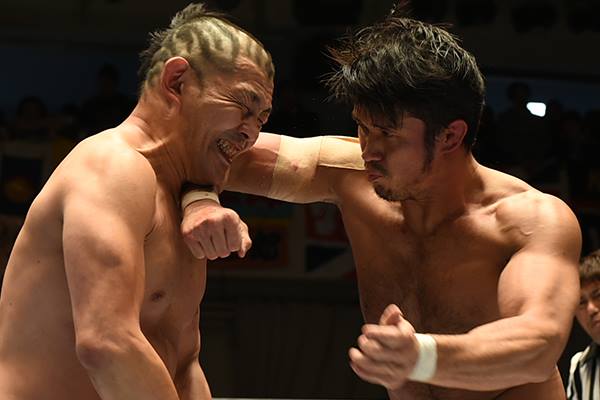 Though many MMA fans would be afraid to admit, anyone who’s done his fair share of research knows about the deep bond the sport shares with pro wrestling. Both ration Dave Meltzer’s journalistic prowess, as he’s provided coverage of both spheres for decades. If that’s good or bad is a debate for another time. But if you’ve ever been subscribed to his Newsletter, you know that since the early 90s many fighters would go overseas and participate in shoot-style matches.

This has been an ongoing tradition in Japan, as talent pools were shared. Asian promoters have made no bones about throwing wrestling legends, such as Yuji Nagata to the wolves, for ratings. Or, on the flip side, having real fighters have fake losses on their records. Matt Hume, anyone?

In a way, MMA has been joined at the hip with pro wrestling and has exploited many of its strategies for business growth, something that UFC president, Dana White, has openly admitted to. And in recent times, we’ve seen a few high-profile fighters change gears and leave the UFC for the WWE, like Cain Velasquez, and Ronda Rousey. So, the connection is undeniable, both historically, and in current-day reality. And if this is so, what are some great matches that have had an MMA-vibe?

TNA is not what it used to be. It’s not even called that anymore. When it was, the main event for their second-biggest PPV of the year – Lockdown, in 2008, was an MMA-inspired match. The fact that it took place inside of a steel cage helped. So did the promos, and the build-up, which did away with any kind of corny shtick and focused on a very “real” approach.

The only thing missing here was some MMA odds, as this was fully promoted as an authentic cage fight. Some might not be aware, but you can bet on the outcome of Pro wrestling matches, though, that’s unwise, as you’re at the whim of a creative promoter. Betting on real fights is a better alternative as you can use your knowledge to predict the outcome, and with usually 13-fight cards for any UFC event, there are many combinations to be made.

In this 2008 match, Joe won via the Muscle Buster, instead of his patented submission, the Coquina Clutch. A strange choice. In any case, the strong-style match scored TNA’s biggest buy-rate ever.

Most hardcore fans today, associate the combination of MMA and wrestling through Katsuyori Shibata, as someone that did both. However, Minoru Suzuki was a true pioneer, and an even bigger one was Kazushi Sakuraba.

Though the infamous UWF disappeared in 1996, the promotion responsible for popularizing the fix-shoot style of matches left an undeniable legacy. So, it was a big treat when at Wrestle Kingdom 9, these two legends locked horns for a “UWF Rules” match, one that Sakuraba would eventually lose due to a rear-naked choke.

Shamrock rose to fame as one of the first stars of the UFC, despite failing to defeat Royce Gracie on two occasions. He then took his talents to Pancrase, where he racked up a few impressive wins, including two over legend Bas Rutten. After a good run of fighting in the ring, he went over to the “staged” side of things.

In the WWF, he was given the moniker “The World’s Most Dangerous Man” and was put up against an opponent with similar shoot-style ability, Owen Hart. In a riveting match, Shamrock managed to reverse the Sharpshooter into the Ankle Lock for the win. 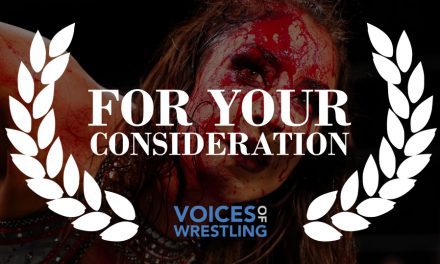 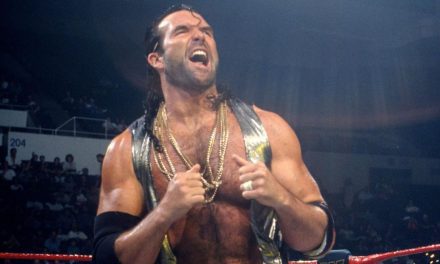 Scott Hall Was the Bad Guy with Great Music 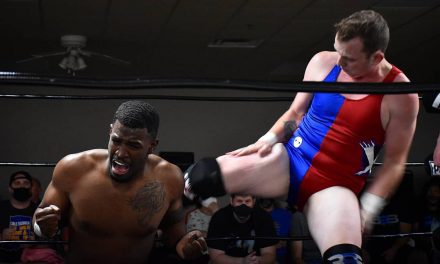