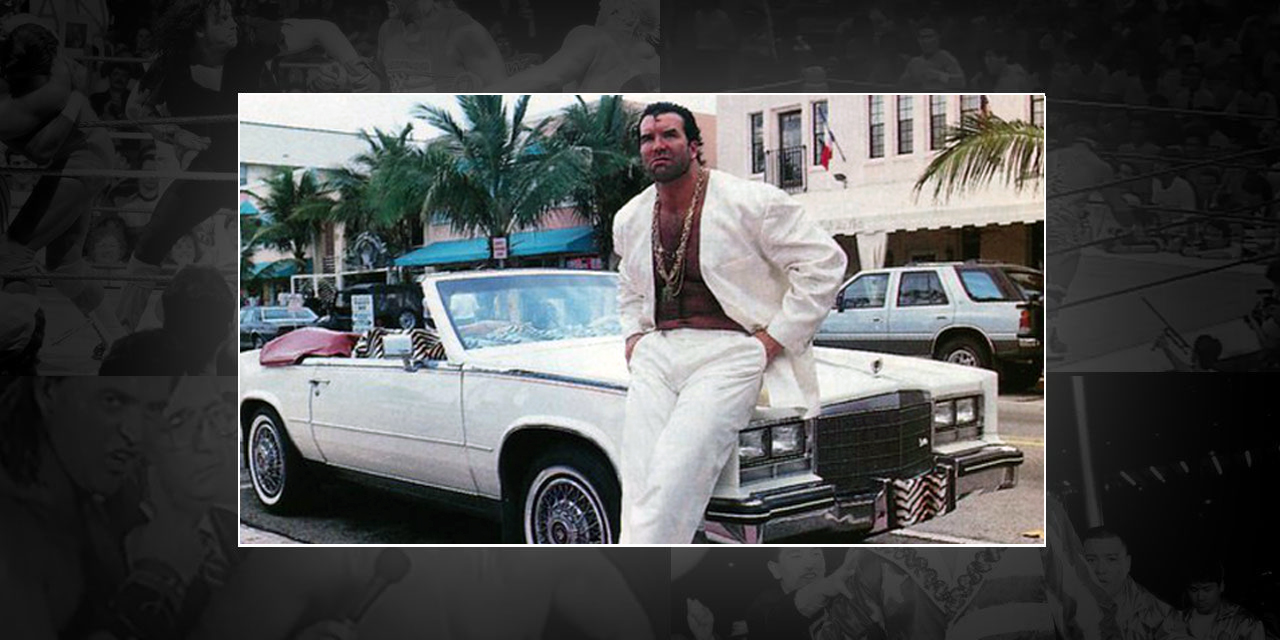 The collection of matches and segments I am watching for this series come from a 1992 Yearbook created by Goodhelmet, a longtime poster at the Death Valley Driver Forum and other wrestling places. A cross-section of the best (and worst of wrestling within a certain year), it is a great snapshot of everything of importance. The footage is taken from June 5-June 6.

Sometimes, little moments in wrestling are just cool, and Toshiaki Kawada walking towards Stan Hansen to show he doesn’t care about the Triple Crown champion’s slaps in the opening seconds of their encounter is one of them. Admittedly, he was soon on his back getting his leg destroyed by the burly Texan, but you can’t win them all. The submission work meant the match started slowly, but made the strikes all the more impactful when landed, including a great kick from Kawada that had Hansen sprawled out on the canvas.

This became a war of attrition for Kawada, as he needed to stay in the match long enough to chip away at Hansen. His success rate felt like it improved as the match progressed, stopping the champion in his tracks several times, whilst the fans were fully behind a Kawada victory (as was the commentator who got very excited during a Stretch Plum attempt). Towards the end of the contest, Hansen absolutely drilled Kawada with a running forearm that I loved, whilst the powerbomb and lariat that lead to the finish were impressively brutal. Unfortunately, this match just didn’t work for me as a whole outside of the mentioned spots. Not bad, just not as good as I’d hoped.

A match that I thought might be more along the lines of what I personally enjoyed was from the same show as Jumbo Tsuruta and Akira Taue defended the All Japan World Tag Team Titles against Mitsuharu Misawa and Kenta Kobashi. Tsuruta was quickly established as the danger man for his team, swooping in to help Taue whenever the youngster was finding things challenging, both legally and illegally (much to the chagrin of the fans).

The match fell into a Southern wrestling style almost as Tsuruta and Taue managed to isolate Kobashi and worked over his leg. Having seen illegal double teaming against his partner several times, it was great to see Misawa enter the ring and drag Taue into his corner, turning the tide in one fell swoop. Once again, it was Tsuruta who needed to make a difference, saving Taue from Misawa and wiping out his nemesis with a big knee to the face.

Fittingly, it was Misawa who caused Tsuruta the most problems, leading to a brief moment before the end where the tables were turned and it was the veteran in trouble. Misawa almost stole the match for his team by (illegally) catching Taue with a top rope frogsplash, whilst Tsuruta had to save his partner following a Kobashi moonsault. Misawa showed great resilience to shrug off a bump into the guardrail to halt a count following a brutal backdrop driver/Nodowa Otoshi combination. The nearfalls flew thick and fast and it was Taue who rose above the beating he had taken to end Kobashi’s challenge with a Nodowa Otoshi. Slow in places, but built to a great finishing five minutes or so.

A significant change of pace followed as WWF fans, and Mean Gene in particular, saw Papa Shango given the opportunity to talk about his ongoing feud with the Ultimate Warrior on WWF Superstars. The majority of the segment was just a retelling of what had happened before, which was probably for the best since it left Shango less time to talk. I remembered one of the key moments from the 1992 Year in Review VHS as Shango lit a jobber’s feet on fire in an admittedly cool visual. The fans sounded restless more than heated when Shango talked, offering up mumbo jumbo about the dark place and the black circle. Mean Gene ended up leaking black goo from his hand to top off what had been a pretty rubbish segment all told.

A more successful character that got one of their first, if not their first, vignettes on the same show was Razor Ramon. What is funny is how, for such an over the top stereotype over the next couple of years, they toned it down from the debut promo packages. Nothing particularly exciting is said, but the accent, clothes and setting all established the character in a way that was at least better than Crush or Papa Shango.

Back to Memphis and the ongoing feud between Eddie Gilbert and Jerry Lawler. Interviews with both men aired on this episode of USWA Wrestling and Gilbert’s, as it often did, focused on his history idolizing the King and Lawler’s own storied history, including success in AWA and World Class. Gilbert had a copy of Pro Wrestling illustrated in his hands to point out he was number six on the list on the top wrestlers in the world, as well as another magazine that had him down as wrestler of the month. Gilbert promised that one of them will walk out of the ring as world champion, though he also proclaimed that Lawler’s era was over. Gilbert was a great promo at this time, probably channeling legitimate anger into his words.

Lawler’s retort also focused on his history, as well as talking about how proud he was to represent Memphis, no matter how backward people might consider the territory. However, things take a bit of a turn as Lawler brings up Missy Hyatt and her (failed) marriage to Gilbert, as the King claimed that rather than have sex with Hyatt, Hot Stuff watched videotape of Lawler instead. Apparently, she also bought a crown off of Lawler as a gift. This was all continuing to establish the idea that Lawler was always Gilbert’s idol, but also implying that Gilbert wasn’t yet ready to usurp Lawler.

Over to Smoky Mountain Wrestling, Ron Wright and the Dirty White Boy. Wright was a great heel manager at this time as he lodges a grievance with Bob Armstrong for the ‘stroke’ that was caused by how DWB was robbed in a match against Brian Lee. Prime Time came out and invited DWB into the ring, though Wright told him not to enter the ring as he was too sick to be able to stand his man stepping into action. Just some great heeling here.

There was also a phone promo from Bobby Fulton as he talked about how his brother was recovering following an attack by the Heavenly Bodies. This segues into a standard heel promo with Jim Cornette and his Bodies, one in which Cornette, in particular, promised to put Jackie Fulton out of the business, brandishing a sign saying ‘I will work for food’.

Finally, Buddy Landel filled us in on the ongoing feud with him and Tim Horner, blaming a temperature for problems he had dealing with White Lightning. As Landel goes off, Horner walks out and just cracked him in the face with a right hand! After some brief brawling, it was clipped to Horner requesting to fight Landel once more. The brawl was good; Horner’s promo, brief and to the point.

Some good action in Japan supplemented by interesting (Razor Ramon), fun (Ron Wright) and ridiculous (Papa Shango) when it came to angles and promos. Check back next week for some guaranteed WCW and Lucha action as That Was The Year That Was. Stay safe!