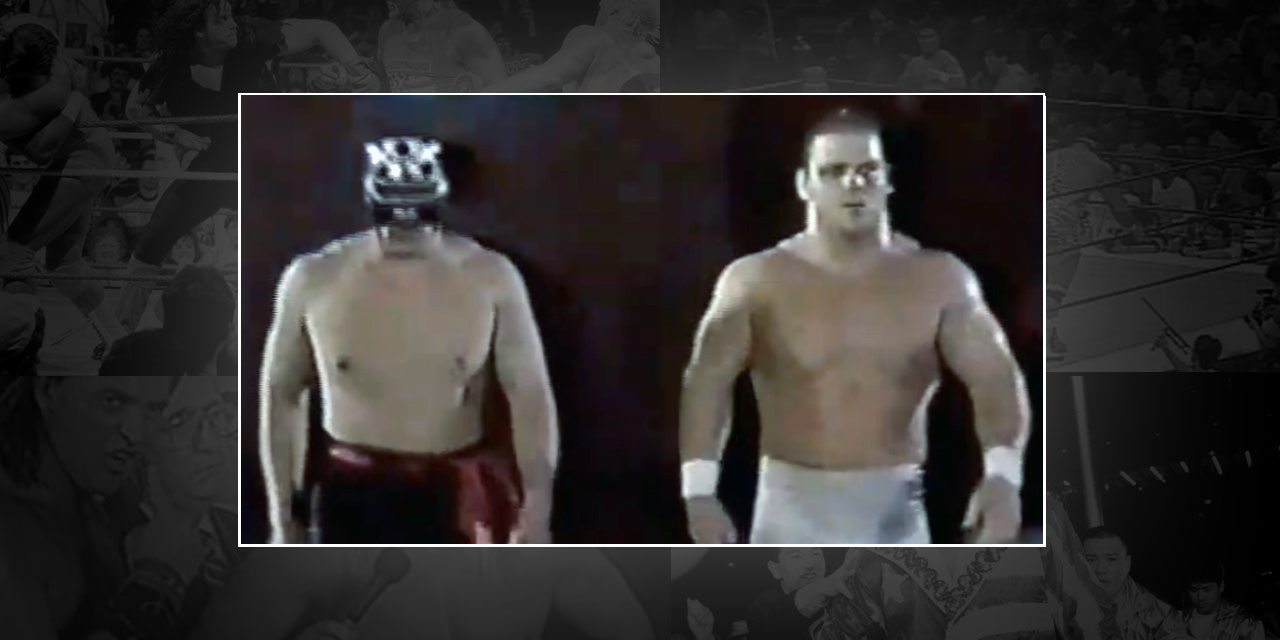 The collection of matches and segments I am watching for this series come from a 1992 Yearbook created by Goodhelmet, a longtime poster at the Death Valley Driver Forum and other wrestling places. A cross-section of the best (and worst of wrestling within a certain year), it is a great snapshot of everything of importance. The footage is taken from May 30-June 2.

It speaks to the quality of what WCW was able to offer in the middle of 1992 that they could have Rick Rude fighting Dustin Rhodes on an episode of Worldwide. Having derided the ‘South Coast sleazebags’ in attendance, Rude clashed with Rhodes in the Nintendo Top 10 tournament final. From what I could tell, this was a tournament to see who’d end up as Number One in the rankings, though Jesse Ventura’s question as to what Rude has to gain as US champion was completely viable. It was Rhodes who slowed things down in the middle with a seated chinlock but I did appreciate his mockery of Rude’s taunt (coupled with Ventura mocking Rhodes’ body to do said taunt). An inadvertent low blow by Rude as Rhodes went to sit down on his back turned the tide, whilst we got the always fun moment as Rude sold the back and ribs mid-taunt.

With Rude also utilizing a chinlock, the match didn’t really kick into gear until near the finish. A blatant low blow by Rude was missed by the referee which didn’t help matters, though to follow that with a tombstone reversal by Rhodes was pretty cool.  The finish wasn’t great: Rhodes hit the bulldog, Madusa distracted the referee, Rhodes ended up getting into a tangle with the official that allowed Rude to clock him with the US Title belt. One Rude Awakening later, he was victorious. Some decent bits, but very pedestrian in the middle section.

Heading over to WCW Saturday Night, Jim Ross and Riki Rachtman (the latest in a line of guest hosts on the show) interviewed Arn Anderson. Considering the Dangerous Alliance wasn’t quite dead at this point, it was interesting to hear Anderson talk about going after the WCW World Heavyweight Title and Sting. A question about how Anderson would handle Sting’s support was answered excellently as Double A said they wouldn’t be shouting for Sting as he is getting his shoulder pulled out of its socket. I don’t think this really led to anything, but it was interesting to see them touch upon a singles run for Anderson.

Having booked him so poorly at the tail end of 1989, it was weird to see The Great Muta back wrestling in WCW in 1992. His opponent was Brad Armstrong in a two out of three falls contest. The problem, somewhat akin to the Arn Anderson versus Big Josh match earlier in the year was that this was giving half an hour worth of television title to a fundamentally sound match that lacked any real animosity or heat to carry it for that length of time. To give both men their due, they get the fans invested as fans chanted ‘USA’ and ‘Muta’ depending on who was in a position of trouble.

Muta’s dynamic offense burst things into life from time to time, but the first fall was mostly an exchange of submission holds. Things skirt the line between stalling, methodical offense and things becoming slow as the match reached the fifteen minute mark with no real sign of a fall, unless you call a side headlock takeover for a two count by Armstrong a legitimate nearfall. The pace suddenly picked up as Armstrong landed a crossbody, before Muta reversed a second one, eventually grabbing the first fall after a second small package attempt in a row. A thirty second burst of offense ends it.

Rachtman on commentary had been really strong up until this point and spent some time talking about Muta perhaps working within himself, almost as if to cover for what had been an underwhelming contest. The story goes that this match got some traction as a throwaway comment by someone like Scott Keith mentioned how they were told about this five minutes beforehand, thus giving them short notice to provide nearly thirty minutes of action. It spoke volumes to Muta’s offense that the end of the second fall, with the handspring back elbow and the moonsault, was received so strongly by the audience. The match was dull, but they’d go away remembering those important moments from Muta.

In New Japan, the Jushin Liger and El Samurai feud continued apace as they teamed with Tiger Mask (Koji Kanemoto) and Wild Pegasus (Chris Benoit) respectively. It was Liger and Samurai who began the match for their teams and even their lock ups were aggressive in nature. Within seconds, Samurai was hitting a cannonball senton to the outside after Liger had initially plastered him with a slap, showcasing both the aggression and the athleticism the two shared. When Mask entered the action, the crowd were really excited to see him as the gimmick was only bestowed on Kanemoto in the last few months and he drilled Samurai with a spinkick to the face to further applause.

Neither team was able to maintain control for very long as each wrestler got their chance to be showcased, especially Mask it felt at times as he landed some nifty escapes, a cartwheel crossbody and a dive that took him over the guard rail and onto his opponents. Mask also needed to save Liger following a Pegasus top rope headbutt; Pegasus soon did similar to save Samurai from a Tiger Suplex. With all four men in and around the ring, a Samurai legsweep into a clutch submission wins the match for the heels. A decent contest, if nothing earth shattering. Samurai does some post-match mic work to build to another singles match between himself and Liger to close things out.

To finish, a match available on the WWE Network under the Home Video Classics section as Shawn Michaels took on Bret Hart for the Intercontinental Title on the Rampage VHS. Before the Intercontinental Champion was even out there, Michaels, Sherri Martel and Mike McGuirk were involved in an altercation which ended with Sherri staring daggers at the ring announcer in a fun little moment. What followed is what could perhaps be safely assumed was their ‘touring match’ – technically sound and proficient with the trademark spots and nearfalls to pop the crowd.

This was taped in Ottawa and Hart, whilst not exactly welcomed as the homecoming hero, had the crowd firmly on his side as he fought back after an extended chinlock sequence by HBK. Sherri was great throughout this, pretty much ending up in the ring at one point in order to hammer the mat to support her man. Michaels landed the superkick, but his attempted teadrop suplex was reversed into a nearfall. A couple of other flash pinfall attempts later, Michaels collided with Martel as she stood on the apron, allowing Hart to retain the gold with a schoolboy rollup. Perfectly acceptable wrestling.

This week showcased action that was more often than not entirely competent, if lacking a little bit in terms of the sizzle we might expect. Hopefully next week will offer something a bit more exciting as I continue to chart 1992 as a year in wrestling in That Was The Year That Was. Stay safe.