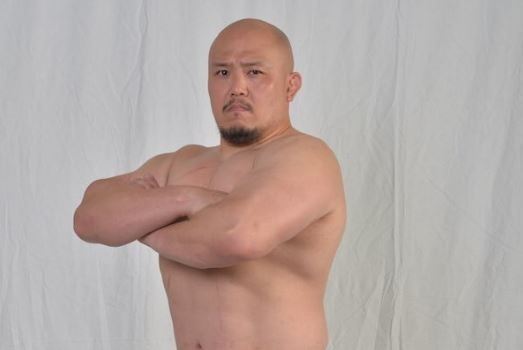 Welcome to the Fischbeckmann15: a monthly tracker on the Wrestler of the Year race for 2020. In this series, me, Thomas Fischbeck, and my co-captain Jack Beckmann will be your proverbial guides through the shaky waters of professional wrestling each month.

This is, unfortunately, a unique edition of the article as Jack will be unable to participate this month due to reasons I’ll let him explain (don’t worry he’s healthy) but he’ll be back next month, never fear.

In this series, we’ll both keep tabs on the top contenders for the Wrestler of the Year award and give match recommendations for every major player in the race. The goal here: to highlight the top workers in the world and also to expose you, the reader, to some matches or perhaps even wrestlers whom you may not have seen any of. Think of this series as your handy dandy guide to keep up to date with all the major players in the race, and a way to look back at the end of each month and see what you may have missed. Alright, I’ve been rambling for long enough, so let’s get onto the list with a quick note from Jack first:

Jack Beckmann has somehow ended up working more as a result of COVID-19, which has severely limited his ability to stay caught up on the amount of wrestling he would like to watch for this project. As a result, he will be taking this month off from the Fischbeckmann, as he does not feel like he has seen what is needed to give a quality list to the people. He expects to be able to return should there be an April Fischbeckmann with a list that is thorough and complete, and most importantly, better than Thomas’. He thanks you for your understanding. And by he, I of course mean I, Jack, because I’m obviously the one writing this!

Thomas: Thomas is doing all right during quarantine so far but misses being able to, you know, see people. To make up for that he’s started rewatching a ton of old 70s and 80s matches (he’ll get to the 90s someday!). You can follow him on twitter (or argue with him about his picks) @rasslinratings – Alright, onto the list!

Please note: these lists were created on March 31st and thus don’t consider anything that took place or made tape after that date.

Katsuhiko Nakajima wrestled a grand total of zero matches that made tape in March… awesome! Thus, he slides onto the top 15 bubble. These past few years of Nakajima have been wonderful and I’m glad we’ll get to see him take part in the empty arena Global Tag League shows throughout the month of April. Looking further down the line, a GHC title match against tag partner Go Shiozaki sounds like an awfully interesting Ryogoku main event…

There are three wrestlers with two matches in my top ten for the year: Kazuchika Okada, Kento Miyahara, and Susumu Yokosuka. Unfortunately, Susumu doesn’t have the depth of the other two to catapult him to the top of this list, but the two recommended matches alone are enough to earn him a spot on this list, although a frankly bad All Japan junior title defense against Izanagi stops him from climbing even higher. With a rematch against Sato coming up, expect Yokosuka to climb even higher on this list in April’s edition (assuming that match happens!)

Hiromu Takahashi did not wrestle a single match in March and Will wrestled one, quite dull match against his girlfriend, Bea Priestley. As a result of their forced inaction, both guys slide down the list due to no fault of their own. It is looking less and less likely we’ll see a New Japan event before June, so I’d be worried about these guys falling out of the top 15 should other promotions continue to run, something no one could have seen coming just a short time ago.

Keisuke Ishii added another awesome Independent World Junior Heavyweight Title defense to his resume in March at Ganbare’s “Hermit Purple 2020” show on March the 21st against Kouki Iwasaki. I will hold the flag for Keisuke as the most underrated wrestler in the world right now, and should he work his way onto some of DDT’s empty arena shows as other guys are out of work, he could climb into the top ten.

Kiyomiya, just like Nakajima, was left off of the only NOAH show to make tape this month, and with no opportunities to add to his resume he, unfortunately, slides down this list. He’ll be teaming with Shuhei Taniguchi in NOAH’s Global Tag league throughout April, so we’ll see if he can stop this slide with some solid work there.

The baddest dude in ZERO1 and the ace of that promotion won their title back this month, and Kohei Sato also works his way from unranked to top ten! His BJW tag title reign with Sekimoto has been nothing but excellent, both the recommended matches are among the best tag bouts of the year, and his title match vs Hino is a hoss spectacular. Check him out if you haven’t seen his stuff.

Sato’s tag partner in Big Japan, Daisuke Sekimoto, comes in one spot ahead of him. The longtime puro staple has been involved in three of the very best tag team matches of the year, all of which would contend for top ten overall status on anyone’s list, not to mention the best match of GCW’s Japan tour vs. Chris Dickinson back in February.

Alright, do we really have to talk about the stare match? I guess so. I honestly didn’t hate the staring part, it was novel and kinda cool for the absurdity of it, but the match itself just wasn’t that good. It was lazy crowd brawling and one of the flattest finishes of the year bookending a pretty good hard-hitting 12-minute match in between. Come on. I’ve watched this for 57 minutes and it ends with some poorly taken lariats? I dunno. Shiozaki slides a little after that performance.

Lee added another tag match to his resume in March against Isami Kodaka and Yuko Miyamoto in an All-Asia title defense that just barely missed the cut to make it onto his recommended matches list, but nonetheless, Lee stays near the top of these rankings. He has shown a fire and a passion that I’ve wanted out of him for a long time, however, with the 2020 Champion Carnival, a key opportunity for him to add to his resume, being cancelled, I’d say his chances of a return to the top five are low.

After opening the year with a banger on each of the first two days of the decade, Okabayashi went quiet for a little while, but he returned spectacularly in March, being a part of my #1 and #2 tag matches of the year in the span of just three days. Okabayashi finished in my top five last year, and I think he’s got a good shot of doing that again this year.

My 2019 wrestler of the year has picked up right where he left off to start 2020, and Kento, though he has been stopped, has racked up two of my top five matches of the year (Lee, Suwama). The cancellation of the Carnival will put a significant dent in his number of opportunities to add to his list of recommended matches, but with much of puro shutting down, he’ll probably stay towards the top of this list nonetheless.

The top three, despite all having skipped March, remains unchanged frankly because I don’t think anything has touched either of the Dome main events this year. We’ll see if New Japan continues to hold out on running empty arena shows or if they’ll attempt that. I think I speak for most wrestling fans when I say that I hope we see these three back in a wrestling ring sooner rather than later, though.

Apologies for the somber tone this month as seven of the top 15 wrestled no matches due to COVID-related cancellations. April may not be much better, but NOAH, Dragon Gate, DDT, and AJPW are committed to running empty arena shows, and I’m sure Big Japan will continue to try and push on as well. AEW TV is going to continue, and, of course, Wrestlemania! So don’t worry, we’ll have some list changes to make in April, so I’ll talk to you then, hopefully with Jack that time.