How To Watch Wrestling: WrestleMania 36 and the Question of Legitimacy 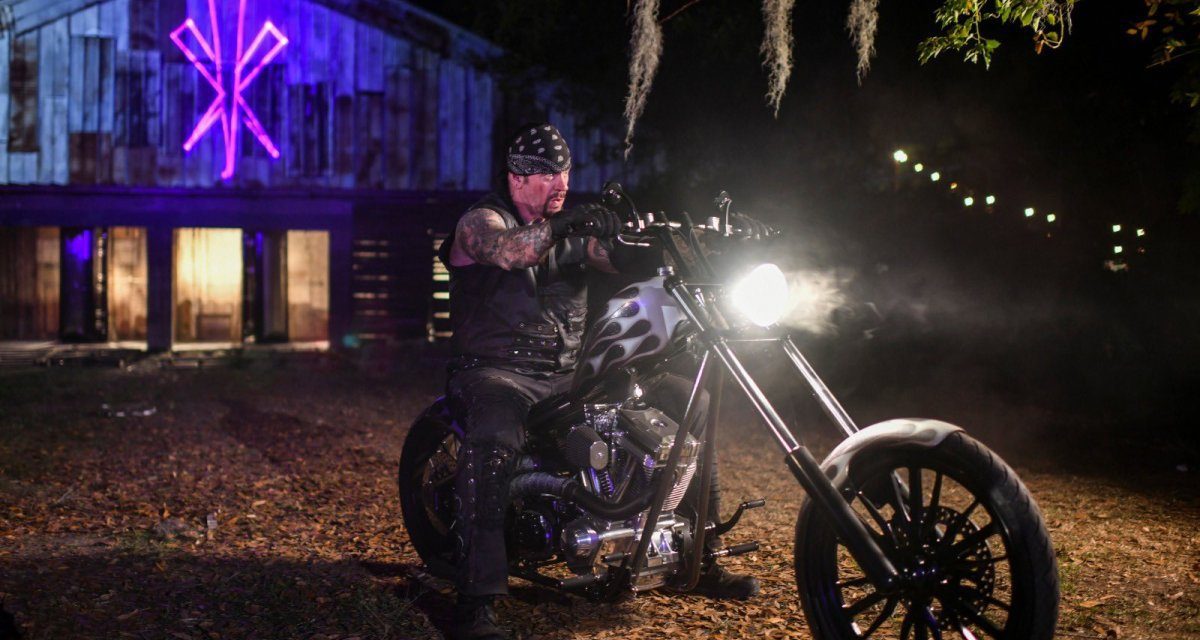 I’ve always been baffled by the smugness that inevitably spices the “you know it’s fake, right?” question that wrestling fans often find themselves having to answer.  I assume those that ask only watch documentaries, read biographies and wouldn’t be seen dead with a games controller in their hand. We live our lives enveloped in fiction – movies, novels, TV, games, comics – and we embrace it.  Many claim it’s our ability to learn from fiction that makes us human. Yet, wrestling is subjected to a questioning sneer that other art forms elude. It often feels that our ability to enjoy wrestling is a personal affliction – that we are able to enjoy wrestling in spite of the fact that its fiction.  Its legitimacy is inherent to its perception for non-wrestling fans.

But, we aren’t the masses.  We’re the hardcore pro wrestling intelligentsia, and we don’t feel any need to justify our enjoyment of wrestling to anyone.

Instead, we feel the need to exholt the very particular niche of wrestling that we enjoy.  To many fans, all wrestling is legitimate but some is more legitimate than others. We find our place on the spectrum that runs between Pancrase and Final Deletion and we learn the rules of that particular game.  We establish ideas about what wrestling should be and those things drift into our unconsciousness. These rules gather together to make what Bourdieu called a field. We learn the rules of the field and we adapt our actions to succeed in it.  All of the knowledge we gain of the field builds up as cultural capital that we use to navigate the field.

Of course, this year’s WrestleMania turned all of those rules on their head.  The field was changed beyond all recognition and all of the capital gathered for successful navigation of the field was rendered redundant.  It felt avant-garde like John Cage had decided to book the biggest wrestling show of the year. Removing the audience from a WWE pay-per-view is such a bizarre concept, it bears analysis separate from the pandemic that made it necessary.  Every match, promo and entrance was defined by every wrestler’s worst nightmare: complete silence.

It highlighted that so much of the presentation of WWE has become riddled with redundancy.  They have robbed the performers of the ability to act naturally. They have become slaves to the rules of the game, determined to tick the boxes that a wrestling match is deemed to need.  There’s a rule that wrestlers should enunciate clearly, making exaggerated gestures. While that makes perfect sense in an arena, the enclosed space just highlighted the hyperreality of what we were watching on screen.  It was an uneasy watch, in a glorious postmodern way. Watching Drew McIntryre climb the ropes holding his new belt aloft was a symbol of celebration, but without the audience, it became “tall man gets slightly taller.”

Borashing each show with a Final Deletion style mini-drama was both incredibly intelligent and incredibly stupid.  It removed the problem of not having an audience, but it also entered into a world of wrestling that is hotly contested and arguably not even wrestling at all.  A quick scan of any criticism of the match revealed constant echoes of “it was like a movie” and used words such as “cinematic.” It’s an incredibly hard match to analyze in a meaningful way because, by the admission of its biggest advocates, it wasn’t really wrestling.  The rules of the field that I talked about earlier were as irrelevant here as they were in the empty arena. This isn’t a style that pushes the boundaries of what wrestling can be; it launches all of its rules into the stratosphere.

The first thing they lacked was one of the most fundamental tenets of what pro-wrestling is: rules.  As wrestling fans, all of our dramatic senses are dulled when there are no ropes to break holds, no referees to count to three and, most egregiously, no defined way to win.  Kayfabe dictates that we suspend our disbelief and treat matches like they are sporting contests. Obviously, matches can bend those expectations, but both the Boneyard match and the Firefly Funhouse match bent them until they broke.

The problem I have with this presentation of wrestling is how it positions wrestling itself.  It situates wrestling as comparable to cheaply made, late-night movies. If these matches are supposed to be compared to movies, then obvious questions spring to mind.  What time slot would this movie have? Would it be released at the cinema? If not, what channel would it be on? What would its Rotten Tomatoes freshness rating be? I understand that taste is subjective, but these matches were not the equivalent of critical darlings at Cannes.  They would go straight to DVD in an era when everyone streams their media. If you position these matches next to movies, they do not look good.

Our lost cultural capital was evident in the way these matches were discussed.  It descended into silliness because we, as wrestling fans, didn’t have the language to talk about them.  Like everyone else, I was guilty of unoriginal ironic tweets like “match of the year candidate lolol” as I desperately tried to frame what I had watched with language that I understood.

They subverted everything that I knew about professional wrestling, even to the point of toying with how time moves forward.  AJ Styles, and this is not an exaggeration, was killed in his match. It ended with him being deceased. He will need to be nailed to a perch if he is to avoid pushing up the daisies.  It highlighted everything that is and always has been ridiculous about the Undertaker character and gave it a campy, shortsighted gloss.

The Boneyard match may have subverted expectations about wrestling, but it was the Funhouse match that subverted expectations of entertainment.  It didn’t just abandon the concept of wrestling, it abandoned all concepts of time and space. It asked me to assume that John Cena would not look behind a TV to see who was controlling a puppet, and by association believe that the puppet was real.  I wanted there to be some substance to this match, like we were on some hellish journey through the id, ego and superego of John Cena but there was nothing to make me believe that the bizarre symbology meant anything. It took images that were familiar and twisted them, but there was nothing to consider beyond the cheap pop of nostalgic recognition.  There’s nothing wrong with that – I enjoyed the ridiculous image of John Cena in his Ruthless Aggression trunks as much as anyone—but the swinging-and-missing punches felt like a symbol without a meaning. The definition of Baudrillard’s simulacra. The true meaning didn’t matter because I was watching the symbol. They had eschewed the rules of the wrestling field and presented a mangled version of TV’s rules.  Unfortunately, they didn’t seem to understand that bizarre symbols need meaning. It descended into moving lights and interesting sounds.

Again, wrestling is a spectrum and where an individual’s preferred style sits is their choice.  That being said, it is worrying that this trend for such an extreme interpretation of wrestling has become so prominent.  This has been lurking in the background for a while now and even AEW has had Chris Jericho delivering promos to drones. Without the crowd, the rules of the field have been changed and the answer, to me, seems extreme.

This weekend, more than ever, has made me realize that I want my wrestlers to be angry about something tangible and I want them to settle it in the ring.  I don’t feel the shame that Vince “We Make Movies” McMahon feels and I don’t need my wrestling changed to make it entertaining. I want to be entertained by wrestling. 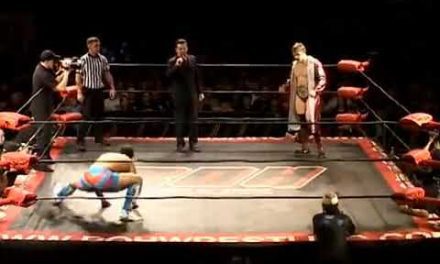 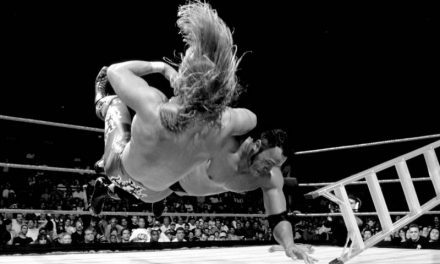