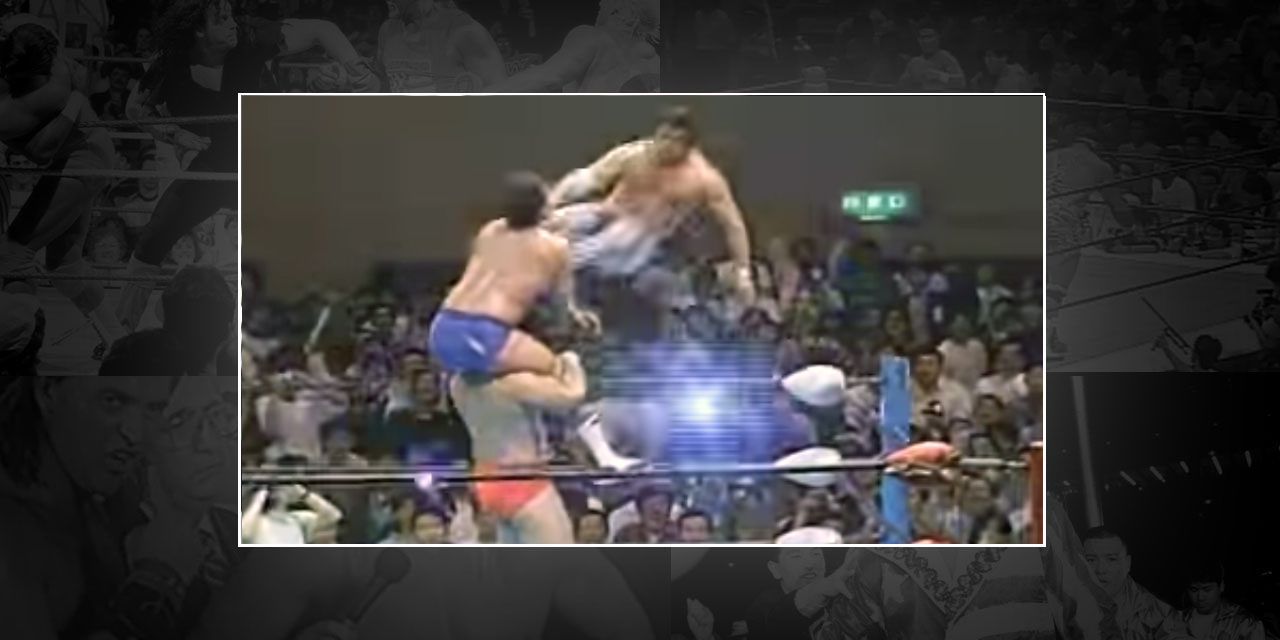 The collection of matches and segments I am watching for this series come from a 1992 Yearbook created by Goodhelmet, a longtime poster at the Death Valley Driver Forum and other wrestling places. A cross-section of the best (and worst of wrestling within a certain year), it is a great snapshot of everything of importance. The footage is taken from May 24-30.

It would be remiss in myself if I didn’t start off by saying that I wish any and all readers of VOW, not just this column, well in the current climate. Hopefully, this column can take a mind or two off of the situation, as well as a few YouTube links to some excellent matches and interesting angles.

Joshi, as often mentioned, isn’t really my wheelhouse but I know enough to realize that Manami Toyota and Sakie Hasegawa versus Kyoko Inoue and Mariko Yoshida should be a good match. It definitely was that with a pace that never let up over the course of the eighteen-minute running time. Inoue and Toyota had been feuding in singles I believe and there was an upturn in quality when the two entered the ring for me. Hasegawa was isolated after a lovely cartwheel escape and crossbody by Yoshida turned the tide in her favor, with Inoue subsequently providing some great submission work.

Yoshida impressed me quite a lot, with a particular highlight being a step up dive to the outside. Hasegawa was least best, primarily as she only really did several (very good, admittedly) spinkicks with little else. A sitout bomb on Hasegawa by Inoue was enough to end the contest after Yoshida had knocked Toyota off of the top and to the floor. A style that is not for everyone, yet it is obvious what people do see in it – complete manic action.

There are few more perfect matches in my eyes than Dan Kroffat and Doug Furnas defending the All Asia Tag Team Titles against Kenta Kobashi and Tsuyoshi Kikuchi. Named the Wrestling Observer Match of the Year, it is a tour de force of great wrestling and storytelling, all emphasized by a nuclear crowd for homeboy Kikuchi. The version on the DVD was clipped, as I believe the fuller version wasn’t available at that point, but I watched the match in full.

My understanding was that Kroffat and Furnas were pretty much bullyboy champions, but if that wasn’t the case, they were that evening. However, Kikuchi and Kobashi were fired up by the molten support from the fans and the first ten minutes are dominated by the challengers. The champions cannot cut them off or keep them isolated in any manner or means. Eventually, Furnas just got fed up and press slammed Kikuchi over the top rope in a great heel spot.

Kikuchi had to play both face in peril and the hot tag at one point in order to truly make the most of this audience, which he did. Every move looked designed to hurt that little bit more, something ably highlighted by Furnas applying an elevated crab on Kikuchi that had the crowd responding with awe. The champions threw bombs, big moves like a Doomsday Device that only got two, whilst the final five minutes was back and forth, the fans biting on every nearfall. The one issue – nitpicking as it maybe – was that Kobashi got the pinfall following a moonsault. That is a long reach to find a complaint though.

If you haven’t seen this match, just watch it now.

A short interview from Global followed as The Ebony Experience talked up their feud with The Beach Bullies, Alex Porteau and Shawn Summers. The Ebony Experience would go on much more fame as Harlem Heat, but this was at least interesting to see as T already clearly had charisma. The Bullies apparently used super soakers on their opponents, so that was a thing.

Days after his star turn, Tsuyoshi Kikuchi teamed with Mitsuharu Misawa to take on Jumbo Tsuruta and Akira Taue. Perhaps it was this inspired performance that had him amped up enough to take out Tsuruta with a plancha in a wild opening. Admittedly, things slowed down as the match returned to the ring and this began to suffer in comparison to the aforementioned title victory match. That was not to suggest things were bad by any means, especially when Tsuruta entered to boot Misawa’s face off. Perhaps surprisingly it is Misawa who suffered the most as Tsuruta and Taue effectively isolate him, though it doesn’t build to the hot tag that it could have done. Kikuchi has limited success when he does come in, with Taue and Tsuruta dumping him around the ring with ease.

After some back and forth before the end, Kikuchi did manage to kick out of a Tsuruta powerbomb, though the loss via Nodowa Otoshi seemed inevitable. Tsuruta stomping Misawa’s face in moments before the end was cool, but this match just didn’t quite get going in the way I expected it to.

With a focus on All Japan antics thus far, a trip to WWF Superstars tells a different wrestling story as the debut of Nailz is upon us as he jumped the Big Boss Man after a squash match. An edited version of this was on a VHS that I owned, 1992 Year in Review, so what I first realize is how long this went on for. Five minutes of nightstick attacks and handcuffings with no-one stepping in to help poor Big Boss Man. To be fair, Nailz looked like a monster here as Big Boss Man can take a good beating, whilst Mr. Perfect tried his best to justify Nailz’s actions. Big Boss Man did a stretcher job to eventually end the segment.

Over to Memphis as Eddie Gilbert is with Dave Brown as the USWA versus Global feud continued. They refer to Gilbert knocking out the referee to get intentionally disqualified so as not to lose his title in a match against Jeff Jarrett, a claim that Hot Stuff denied. This was all about building to a Gilbert versus King Cobra, which feels like a step down from a match with Jarrett. Gilbert was great on the microphone as always, though this was a pretty standard segment with little or no frills.

To finish off the action headed to Smoky Mountain Wrestling as we see footage of the Mountain Mayhem Battle Royal, which I can only assume happened the previous week. Buddy Landel threw powder in Tim Horner’s face to temporarily blind him, whilst Dirty White Boy was eliminated but continued to wait around the ring until he could pull Brian Lee out. In a precursor to the 1997 Royal Rumble, Landel got eliminated as Horner ducked a clothesline, yet managed to slip back in. Just as it looked like Horner had won the match, Landel threw him out to claim the tainted victory.

Horner – with face still covered in powder – claimed that Landel had stolen $5000 out of his pocket and wanted a chance to avenge that. Bob Armstrong offered them the chance to fight for the money the following week, which brought us to the singles match. A pre-interview with Buddy Landel has a great line where he tells Horner that he’d be better off walking through hell with gasoline drawers on than facing The Nature Boy.

The best part about this whole match was that Landel came out to Right Said Fred ‘I’m Too Sexy’, somehow superseding Horner coming out to his own version of ‘The Thunder Rolls’. What followed could never live up to that and it is a pretty basic face/heel confrontation with Landel cheating to get on top and using the ropes for leverage in a choke. I’ll admit that I was somewhat surprised that Horner ended up winning with a bridging roll-up, yet that did lead immediately into a chair assisted beatdown and the ripping up of the cheque to stick in Horner’s mouth.

Everything was always going to pale into comparison to the Kobashi/Kikuchi versus Kroffat/Furnas match, yet there was an interesting mix of other stuff including the brutal beatdown of the Big Boss Man and some very southern work in Memphis and Smoky Mountain. Join me next week on That Was The Year That Was as I continue to check out 1992, warts and all. Stay safe.