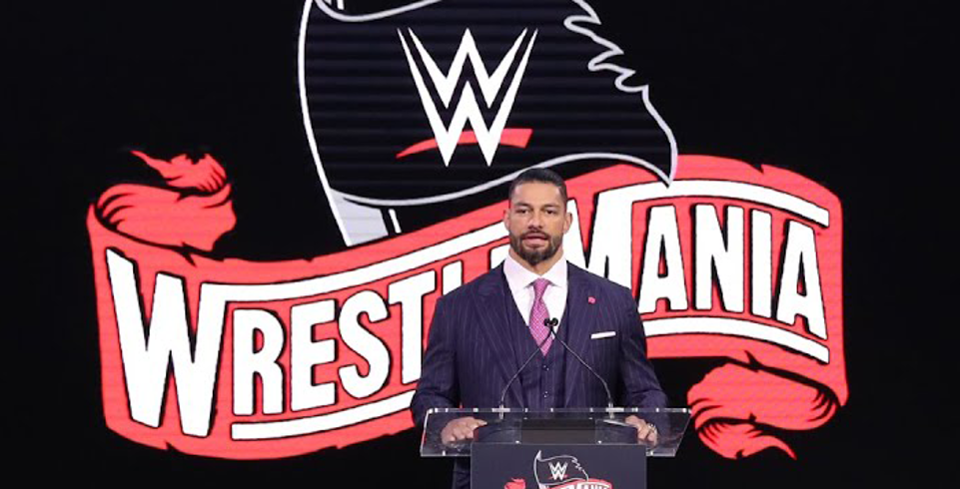 How do you preview an event when you’re not sure what’s actually happening?

The easy answer is: you don’t.

I could write about the buildup to Brock Lesnar vs. Drew McIntyre and the ascension of Drew or Shayna Baszler vs. Becky Lynch and whether Shayna is ready to become the top women’s star in the company but, come Saturday or Sunday, it won’t even make sense anymore. Everything could change. Finishes could be edited out. A match we thought was happening, maybe didn’t? Who knows?

If reports are to be believed, the WrestleMania taping this week was a disaster.

Yes, I said taping. If you’ve just awoken from a coma or your head is under the world’s largest rock: WrestleMania was taped over a multi-day period this week and will be shown this Saturday and Sunday in two 3.5 hour blocks on WWE Network and pay-per-view.

The tapings reportedly featured talents getting upset at Vince McMahon, a wrestler getting heat for showing up sick and numerous talents either deciding the risk wasn’t worth the payoff or ones taken off due to sickness. Matches that had been advertised for weeks and months, changed. New matches were added in their place. Hey, Austin Theory is on WrestleMania!

It’s impossible to preview an event where you truly have no idea what’s going to happen. We’re coming into this year’s WrestleMania with more questions than answers. WrestleMania in a strange way feels, for the first time in decades, like a true reflection of Americana. The great unknown, the great mystery with no idea what’s happening next.

WrestleMania is happening because of pure determination, guile and brash overconfidence. Yes, the show must go on but at what cost? The human cost is already rearing its ugly head. What comes next is, like everything right now, an unknown. Some results from the two-night taping have emerged but very little has been sourced or confirmed. Maybe if you take these two pills together you’ll be cured of COVID-19 (you won’t). Everything seems ridiculous in our weird lives right now but nothing is as ridiculous as seven hours of fan-less pro wrestling hosted by Rob Gronkowski. It’s hard enough getting through a single episode of RAW or SmackDown, how are we going to be able to do this for seven hours this weekend? Should we? It’s WrestleMania. You need to watch WrestleMania, right?

WrestleMania in front of no crowd, without the pomp and circumstance and no atmosphere will be bizarre and at times unwatchable. We live in weird times and any form of entertainment and escape is welcomed but just how much relief with WrestleMania give us? A common sentiment is that WrestleMania will help us take our minds off COVID-19, self-isolation, social distancing or our loved ones potentially coming down with a life-threatening virus.

How is watching a fan-less seven-hour wrestling show that was drastically changed by fears from the sickness going to help? Will it help? Can it help?

For some, it will and that’s good. The show must go on for them. For those sitting back, ordering a pizza and spending time texting back and forth with their friends, WrestleMania is a great escape. For some of us, it’ll just be a stark reminder of the utter ridiculousness and stupidity of our current lives.

Rain or shine. COVID-19 or not. The show must go on. WrestleMania 36 is happening this weekend and whether it’ll be for good or bad reasons, a show we’ll talk about for generations to come. 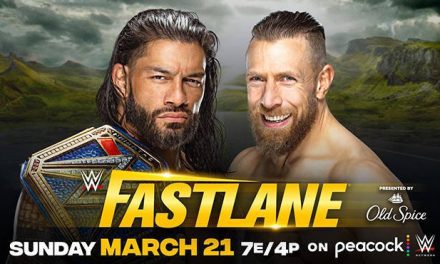 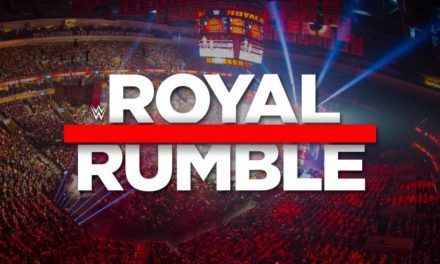