This week on Wrestling Omakase we talk DDT’s return to running shows in front of audiences and Big Japan’s 25th Anniversary Show! John is joined by returning guest Thomas (@rasslinratings) as the two talk a little about Coronavirus lockdowns (but not a lot, we promise….) and the controversial decision from virtually every promotion in Japan (save NJPW, which might be coming soon) to start running full shows in front of audiences again. We then turn our attention to two shows, one from one of the first companies to come back and one from a company that never actually stopped. First it’s DDT Judgement from Korakuen Hall on 3/20, featuring a double title match main event with one that got a mixed reaction from our two hosts (one loved it, one not so much) and another that both were in stronger agreement on. Then it’s Big Japan’s 25th Anniversary Show from 3/16 in Yokohama, as John has a HOT TAKE to fire off about a match on this otherwise not super-interesting show. Plus, we take a brief look ahead at some other companies’ upcoming comebacks: AJPW’s 3/23 Korakuen and STARDOM’s 3/24 Cinderella Tournament show (also from Korakuen). You probably don’t have much better to do anyway, so sit back and listen to some more Japanese wrestling talk, this week! 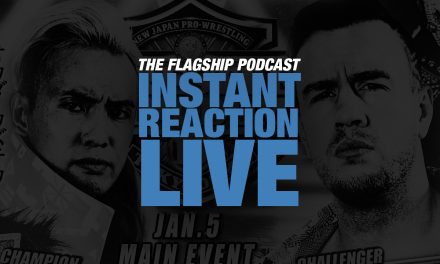