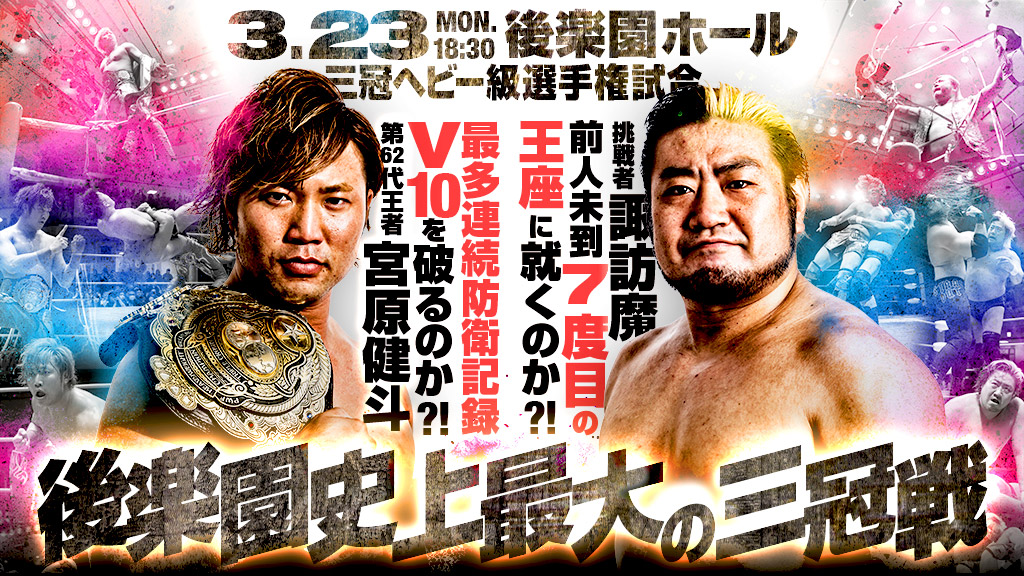 Of all the wrestling promotions in Japan that had to cancel shows, All Japan got off relatively unscathed compared to New Japan having to put the New Japan Cup on hold or Pro Wrestling NOAH having to reschedule title matches.

While there were some fun matches that were scheduled for All Japan’s shows, the bulk of the major matches were happening at Korakuen Hall. The only major things lost were a World Tag Team Championship match between the Violent Giants and Kento Miyahara & Yoshitatsu, as well as the return after 20 years, of the Asunaro Cup, which is All Japan’s version of the Young Lions Cup.

All Japan, like other promotions in Japan that are returning to action with an audience will be handing out surgical masks and requiring people to have their temperature taken before they can enter the venue.

With that in mind, let’s take a look at All Japan’s big return…

This match was originally supposed to be the final two matches in the Asunaro Cup. But then shows got cancelled. And then Atsuki Aoyagi re-injured his broken hand while training, forcing him off the show. 2AW’s Hanami is subbing for Aoyagi here. This should be a good match. Omori, Tamura and Hayato have all shown how much they have come along as young wrestlers, and Hanami has been good the couple of times he has recently popped up in All Japan. Hanami is the most recently debuted wrestler in this match so he is probably taking the fall here. Prediction: Dan Tamura & RISING Hayato

Well the team of Menso~re, Akira and Sato certainly seems randomly thrown together randomly. That being said this should be a fun little match as everyone here is pretty good if not great. I like Tsugutaka Sato in All Japan, but it doesn’t seem like they are going to do much with him. He is at least doing stuff in ZERO1 and seems to be finally getting more regular bookings since his departure from Wrestle-1 last year. This being an undercard mutl-iman tag match, Menso~re is the leading candidate to take the fall here. Prediction: Shuji Ishikawa, Hikaru Sato & Yusuke Okada

This is your standard All Japan undercard match with the old guys, but in an added twist they’ve brought in Jinsei Shinzaki for this one. Not sure how this is going to go. Shinzaki can still go for a guy in his 50s but doesn’t do that much, TAJIRI sucks so Yoshitatsu will have to pick up the slack for his team. This is going to come down to how hard much the good wrestlers in this match are actually going to work. I’d say there’s a 50/50 chance that this ends up being really good instead of just a bunch of comedy spots with TAJIRI. Hopefully he also eats the pin here. Prediction: Jun Akiyama, Takao Omori & Osamu Nishimura

As the title of this match suggests, it’s a preview of the upcoming Champion Carnival, with all six wrestlers in this match being in the tournament. I think this match will be pretty good, though Yoshida will have to do the heavy lifting for his team. Since Valletta is probably going to get an upset win or two in the Champion Carnival, expect him to lay down here. Prediction: Zeus, Yuma Aoyagi & KAI

Since this is VOW, I’m gonna unmask a wrestler. Atsushi Maruyama (whose latest alter ego is Izanagi) is a solid wrestler. However, the Izanagi gimmick has involved cheating, plunder and outside interference. So there are some questions about just how good this match is going to be. Yokosuka has been a tremendous champion. Izanagi is a good worker. But the quality match will come down to what Izanagi emphasises: his work or his character. The workrate plus Yokosuka will deliver us a great match. The shenanigans might make us all groan. Hopefully we get workrate over shenanigans. That being said, Yokosuka is clearly retaining here. Prediction: Susumu Yokosuka

Yankee Two Kenju are in fact former All Asia Tag Team Champions, having previously held the belt from November 2015 to July 2016. Lee and Iwamoto have been great champions having some really fun matches. However, it’s clear that they have both outgrown these midcard tag titles. Lee will probably be going far in the Champion Carnival, while Iwamoto is one of the leading candidates to dethrone Yokosuka for the Jr. Title. Lee and Iwamoto have also been champs since this past June, which is a fairly lengthy run for this title. It’s time for them to graduate from the All Asia tag division. And Yankee Two Kenju represent what makes these titles actually interesting in the past – having them be held by outsiders and get defended in other companies. With all that said I also expect this to be a great match given the teams involved. Prediction: Yankee Two Kenju (Isami Kodaka & Yuko Miyamoto)

This match has historic implications. Miyahara is going for his record setting eleventh defense, which would surpass Toshiaki Kawada’s record of ten defenses. While Miyahara already defended the title against SUWAMA during this reign back in February 2019, this match makes the most sense given this company’s history and how thin top level challengers for Miyahara are right now. SUWAMA is the past ace of this company. Debuting in 2004 with a lot of fanfare, SUWAMA won the Triple Crown for the first time only four years into the business in 2008, defeating the legendary Kensuke Sasaki. So this match is being marketed as former ace vs. current ace and whose version of wrestling best defines All Japan. These guys have had a lot of matches against each other, and while some have been just okay (due to SUWAMA having been fresh off of an injury) those that have hit, have really hit. Their last match in February in 2019 was tremendous and I expect them to both pull out all the stops here and expect some call backs to their previous matches. Miyahara retaining and setting a new defense record makes the most sense here. He’s only 31 and clearly the MVP of the company. It’s questionable if All Japan would even still exist had he not rose to the occasion when he first won the Triple Crown in 2016 and became a draw. With All Japan having stagnated in 2019 (though there have been encouraging signs of a revival with the shows they have run so far in 2020), it is time for him to just set the record now so we can move on to elevating new talent. Miyahara will have a big role doing that. Expect this to be Miyahara’s last big win for a while. I’m expecting him to drop the title on the Korakuen Hall show in late May after the Champion Carnival. Prediction: Kento Miyahara 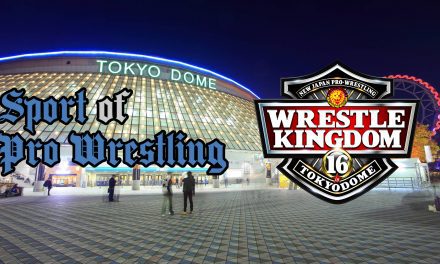