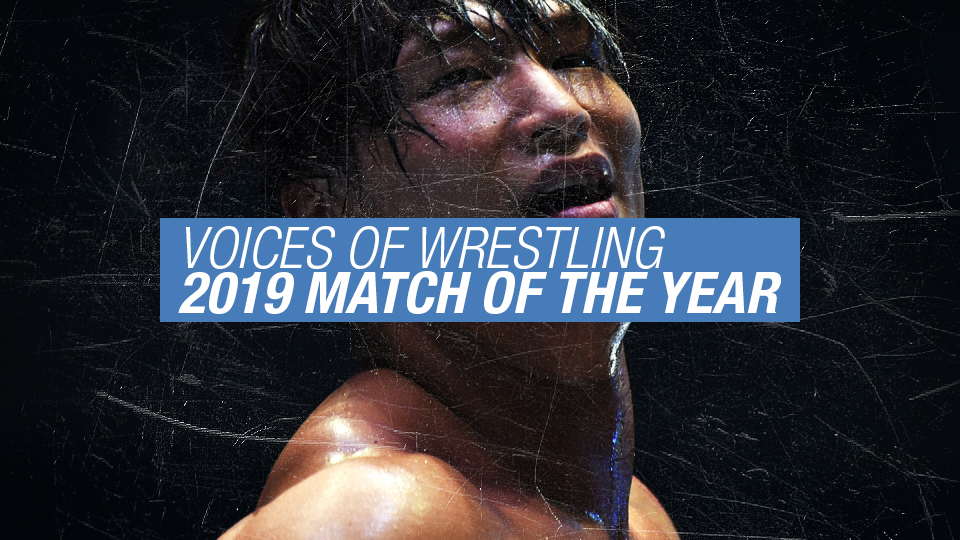 With awards season wrapping up I wanted to look at how Voices of Wrestling’s Match of the Year Top 10 compared with other prominent crowd-sourced Match of the Year lists and more importantly, what trends we could observer comparing these lists as well as what matches and promotions were most prominent or fared better than others.

Note: Wreddit’s Smarkies only named their Top 9 matches. All others named a Top 10.

Shingo Takagi vs. Will Ospreay from New Japan Pro Wrestling’s Best of the Super Junior Finals was listed on all six of our MOTY lists coming in first place on Voices of Wrestling, Cagematch, GRAPPL and Wrestling Observer. The Smarkies and RSPW Awards both ranked the match fifth. Due to its low placement in those two and despite finishing 1st in 3/5 polls, Shingo vs. Will actually tied another match on our list for highest average ranking (2.3).

This seems like a good segue to talk about that match!

Cody vs. Dustin Rhodes from AEW Double or Nothing has the highest average rank (2.3) of the matches in our dataset. Only Konosuke Takeshita vs. Tetsuya Endo (DDT – 7/15) has a higher overall rank (2) but that match has the rare distinction of only being included in one Top 10 list (Cagematch.net). Cody vs. Dustin Rhodes appeared in four Top 10s (Wrestling Observer, RSPW, Smarkies and Voices of Wrestling) ranking 3rd, 1st, 2nd and 3rd respectively. Interestingly this match appeared nowhere in the Top 10 for Cagematch.

11 matches appeared on only one MOTY Top 10. Blue Demon Jr vs. Dr. Wagner Jr (AAA – 8/3) was the lone one & done on Voices of Wrestling’s list. The RSPW Awards actually featured four one & dones — all in the WWE family of brands:

The Observer’s lone one & done was The Young Bucks vs. Lucha Brothers from AEW’s All Out show while the Smarkies entered Kenny Omega vs. Jon Moxley from AEW’s Full Gear into the fray.

We already mentioned Cody vs. Dustin and Shingo vs. Will as far as matches that averaged the most but who else fared well? Keep in mind we filtered all one & dones to give us a more accurate average.

This match was featured on only three lists (Cagematch, GRAPPL & Voices of Wrestling) but ranked very highly on each (4th, 2nd & 2nd respectively) for an average placement of 2.7.

This match appeared in five MOTY Top 10s—tied for second-most—with placements across the board including 10th in GRAPPL and 1st in Wreddit’s Smarkies. The match also had two 5th place finishes (Wrestling Observer and Voices of Wrestling) as well as a second place finish in the RSPW Awards.

With an average placement of 4.7, Bryan vs. Kofi ranked 3rd in both the RSPW Awards and Smarkies while the WrestleMania match landed 8th in Voices of Wrestling’s poll.

Among matches with more than one Top 10 finish, three matches stand out as the “worst” ranking. Keep in mind, we’re talking about Top 10 matches so even finishing 10th in the best match of 2019 poll is nothing to scoff at.

This match appeared in two Top 10s (Wrestling Observer & Smarkies) but finished 10th and 8th respectively. This put the average at 9, the worst among our dataset.

This one is fun. While the match was featured in four of our six polls, it failed to reach above 7th (Voices of Wrestling) while finishing 9th in both the Observer and Smarkies and fell all the way to 10th in Cagematch’s Top 10.

The lone AJPW match in our dataset finished #8 in both Cagematch and GRAPPL’s Top 10 but did not appear in any of the other lists.

Let’s see how much diversity in pro wrestling brands each Top 10 had. For the purposes of this we’ll consider everything under the WWE umbrella “WWE” so NXT UK and NXT would be counted as “WWE”

Cagematch’s Top 10 featured matches from DDT, NJPW, AJPW, WWE and OTT tied for the most promotions represented in a Top 10.

Tied with Cagematch is, our poll, yay! We featured matches from NJPW, WWE, OTT, AEW and AAA (the lone lucha match to make a Top 10)

All three of these Top 10 featured matches from only three promotions: WWE, NJPW and AEW. 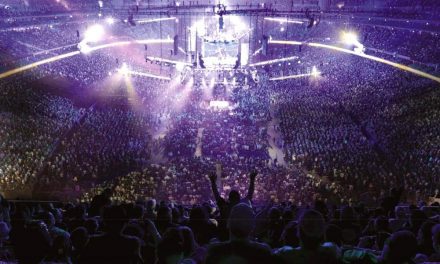 Is There Room for a New National Wrestling Promotion?