Is Ring of Honor Best for NJPW’s Business?

It’s no secret that until recently Ring of Honor had fallen on hard times. The relationship they’ve held with New Japan for so many years appeared to be strained to some degree, and without NJPW’s involvement, Ring of Honor has struggled greatly to sell tickets. Things were so bad last year it seemed that the wrestlers couldn’t even get their immediate families to attend shows.

For a time, it appeared that Ring of Honor was going to be a potential victim of the new wrestling landscape and that they were about to be left out in the cold by their old friends in Japan.

However, recent events like the emergence of Marty Scurll in a power position within the company, and the successful roll-out of Ring of Honor’s WrestleMania weekend show seems to point to some small measure of hope that the relationship has been salvaged. Of course, this relationship is huge for Ring of Honor but I think it’s just as important for New Japan Pro Wrestling to continue the relationship as well.

In spite of some objections, I think the most obvious benefit of Ring of Honor as a partner is TV in the US, something that New Japan has recently lost and will probably not be regaining anytime soon. The market for niche wrestling isn’t exactly a large one, and they’ll be hard-pressed to find a TV audience as big as the one Ring of Honor has cultivated with Sinclair.

Despite protests and people swearing up and down that Ring of Honor is dead, the company does better numbers than many would care to admit on US television even now, and whatever numbers they are doing are effectively higher than New Japan’s by virtue of being above zero.  A smart strategy would be using Ring of Honor to raise the market profile of wrestlers the company wishes to use in the US, and in past years they’ve done just that. Getting back to that might be advantageous going forwards, but TV isn’t the only marketing advantage Ring of Honor has going for it.

The biggest marketing advantage Ring of Honor has is… actual marketing! I don’t think people have laid the boots to the New Japan marketing department enough regarding their ineptitude recently in entering the US market. Ring of Honor for all their problems does not have this particular problem, they’re excellent at advertising their shows in advance, they’re excellent at getting the word out there and given the respective size of their promotion they do a much better job than New Japan of advertising their shows. If you want to argue that Ring of Honor lacks marketable stars that’s fair, but New Japan certainly doesn’t.

I will once more lazily throw the reader’s attention towards the Ring of Honor show at WrestleMania weekend. Many of us know the New Japan wrestlers who are showing up to that show two months in advance of the date, and we already know one of the marquee matches for the show in Scurll vs. “Switchblade” Jay White. While we did eventually get lineups for the New Japan of America shows, it took way too long and ticket sales clearly suffered for it. Ring of Honor has in the past monetized New Japan wrestlers better than New Japan in the US market, and if the last few US tours by New Japan are indicative of future trends then it might be safe to say that Ring of Honor will continue to make more money off of New Japan stars going forwards provided they have access to them.

New Japan of America is nice in theory, but they’re already running into many of the issues a late entrant into a marketplace would expect to run into. They’re having trouble selling tickets, they’re struggling to foster any kind of consumer confidence and they’re being overly conservative to an audience that isn’t interested in that approach. The American wrestling market is a saturated hellscape where live wrestling is seemingly bustling on most street corners in some capacity, and I’m not sure the touring New Japan undercard is enough to get casual viewers to spend 200 dollars for ringside tickets. It’s easy to think that US fans will show up to your shows because they’re a novelty, but that novelty has very clearly worn off. It’s clear to me and anyone with sense that the current New Japan of America model isn’t working, and maybe co-branding with Ring of Honor could create something where the sum is greater than the individual parts involved.

All these benefits don’t even begin to touch on the obvious ones that anyone with sense can begin to surmise. Ring of Honor gives a second place to work for people like Ryu Lee, it has some unique talents that they can lend New Japan such as Johnathan Gresham and Scurll, and it provides a place for LA Dojo boys to work after they’re ready for excursion. More importantly, it’s a stable company that isn’t at risk of folding given their current corporate backing and that stability is in and of itself appealing for a company like New Japan. Ring of Honor has a very real chance of outlasting the sun given that it’s cheap and easy programming for Sinclair, and that kind of stability is something a conservative company like New Japan can almost certainly get behind.

New Japan would be better served in the current wrestling landscape to piggyback off of an established United States-based company, and their best option for that presently is Ring of Honor.

It’s easy to sit back and criticize the Ring of Honor product from the ivory towers of New Japan glory, but the benefits of the partnership aren’t based on whether or not New Japan fans like the product. In Ring of Honor, New Japan has a stable, borderline subservient inlet to the US audience that makes every star they bring over look like a million bucks. The presentation of New Japan stars in Ring of Honor has always put them head and shoulders above their own roster, and they’ve never so much as fussed about it.

Now more than ever in this crowded wrestling landscape Ring of Honor and New Japan need each other, and I for one am glad to see them on better terms. 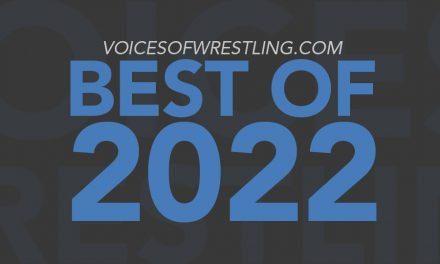