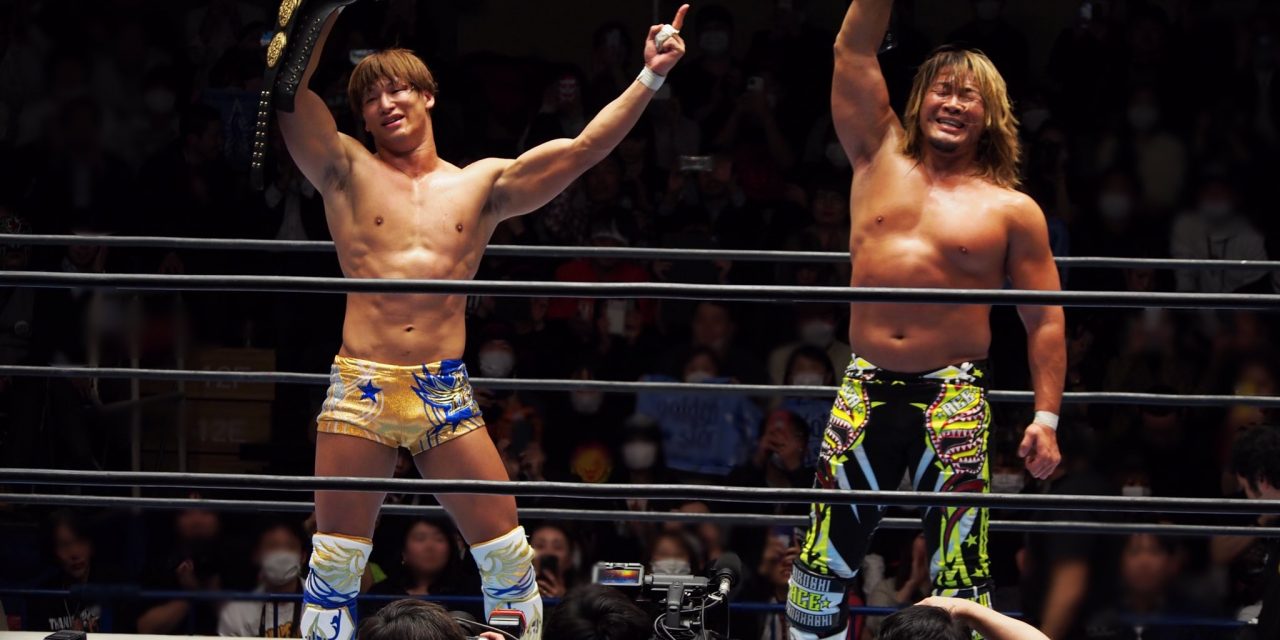 Anyone that regularly watches NJPW knows it: the heavyweight tag division is bad. We get the occasional fun title match or feel-good moment, but most of the time the championship belt is either passed around like a hot potato or gets easily forgotten due to poor match quality or forgettable reigns. And that’s not the end of the world.

New Japan has flourished without the need of a strong tag division. It’s safe to say that as long as the match quality continues to be outstanding and the star development factory keeps on working, NJPW doesn’t really need tag team wrestling… however, if you have such a star-studded roster, why not take advantage of it?

In the main event of the second New Japan Road 2020 show, something reignited my hope for a well-booked tag team scene: Hiroshi Tanahashi and Kota Ibushi defeated Guerillas of Destiny to become the IWGP Heavyweight Tag Team champions.

During the match, and to the surprise of no one, the Korakuen crowd was melting for their beloved ‘Golden Aces’. GOD played their usual roles: they cheated and were constantly helped by Jado and his damn kendo stick… but every time they were on the verge of applying the lethal super bomb, Tanahashi would escape or Ibushi would appear out of nowhere to stop the move. Tanga Loa managed to hit Tanahashi with the belt, but when Tama tried the same tactic with the Golden Star, he missed and hit his brother instead. Ibushi took advantage, kicked Tama’s head, hit kami goye and dived to the outside of the ring, taking Tanga Loa out. A very hurt and tired Tanahashi climbed the top rope and hit High Fly Flow for the victory, unleashing a wave of joy throughout the Korakuen.

After the title switch, the Dangerous Tekkers team of Zack Sabre Jr. and Taichi interrupted the Tanahashi’s promo. Kevin Kelly screamed in rage as the Suzuki-gun villains took out Ibushi and viciously attacked Tana’s leg. Both ZSJ and Taichi cut great promos, and both of them had the same core concept: reviving (or saving) the tag team division. The fact that they went out there and referenced the struggling tag scene, means that New Japan might be trying to actually pay attention to it.

So, now that Tanahashi and Ibushi are champions and a couple of strong upper-midcard wrestlers have been established as the first challengers, what happens next? Can we dream of having monthly tag team Match of the Year Contenders? Is it possible to have strong ticket sales carried by tag team wrestling? Will we get more teams made up of main eventers? Look, we don’t want to get our hopes up just to see Guerrillas of Destiny dethrone Golden Aces and have another unremarkable title reign, but it seems like NJPW is really trying to establish something here and with the need of filling more cards, not only in Japan, but in the United States too, tag team wrestling could be pushed as a ticket-selling act that can also serve as a chance to freshen things up for some of the wrestlers, and help the development of others.

Bur first things first. With all due respect, we can’t build a cool tag team division with teams like Yano & Cabana or Bad Luck Fale & Yujiro. We need upper-midcard or main event acts here. I’m not saying all resources should go to strengthen the scene, but if Okada isn’t doing anything, let’s pair him with Ishii or Ospreay and make him tag team champion for a couple of months. Then, put the belt on White and KENTA. Give prestige to the championship and make every title defense unmissable.

Here are some teams I would personally like to see involved in the mix:

With that out of the way, is there something you should seek out from NJPW New Japan Road 2020 (watch here)? Los Ingobernables retained the NEVER 6 Man Championship in a comedy filled match. I like Yano Toru, but this was too much even for me. While Taguchi and Yano executed the same shtick as always, Cabana’s more serious offense helped the match… but not enough to recommend it.

If you love LIJ, you’ll be better served by watching the third-to-last bout of the show. Fun action, some cool developments to heat up the Naito/Hiromu Anniversary match and the most interesting thing: there was some hate going on between Naito and Ospreay. What does it mean?

I’m loving the Nakanishi retirement tour. His matches have felt like a farewell party, where all the New Japan Dads get together to have a blast. A couple of days ago, they defeated Suzuki-gun Army, yesterday they surprised Los Ingobernables de Japón, and now they overcame the dirty Bullet Club. The highlight of the match came when Nakanishi lifted Bad Luck Fale in the argentine backbreaker: the crowd exploded and it made for a great moment.

Henare is still obsessed with Ishii. In the third match of the night, they showed exactly what I wrote earlier: their chemistry is off the charts. I wouldn’t be surprised if they face each other in the New Japan Cup: imagine Henare beating Ishii. Now, that would be a statement. Also, in the same bout, YOSHI-HASHI made Honma tap out with the horrendous Butterfly Lock. This is scary. In this company, every win has a meaning… what if New Japan is preparing YOSHI-HASHI for a first-round win in the New Japan Cup? I shudder at the thought of that.

Juice Robinson and Dave Finlay got a win in the second bout: they are keeping them fresh and are probably in the hunt for the tag titles. Not much else came out of this one. Roppongi 3K are still boring.

Yuya Uemura keeps on looking like a star. In the opener, he earned Tiger Mak’s respect by enduring a lot of punishment even though at the end, he had to tap out. In the same match, Gabriel Kidd and Yota Tsuki kept very much alive the LA dojo vs. Japan dojo feud. 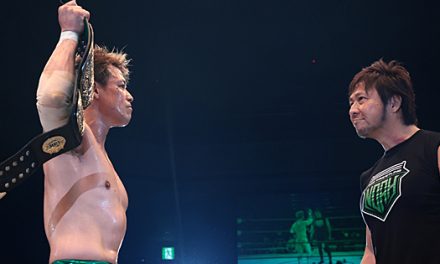 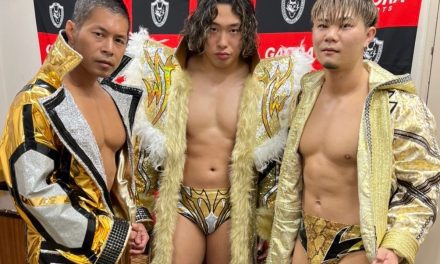 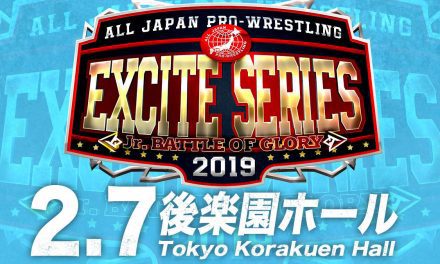 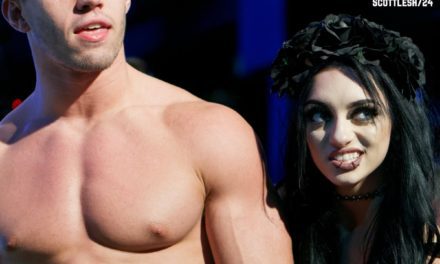