This show was supposed to feature the dream match between Mayu Iwatani and Sareee.  Due to illness Sareee cannot compete but she has been replaced by Marvelous’ Takumi Iroha who is more than up to the task of filling such big shoes.  As well as that Donna Del Mondo takes on Queen’s Quest for the trios titles and Bea Priestley looks to dethrone Arisa Hoshiki.

The match was nothing to write home about but it was notable as it was Hoshino’s first singles win.  This comes just three months after her debut which is really impressive.  Hoshino has been overshadowed by the two saya’s but she’s very easy to root for and once she gains some confidence could have a bright future. **1/2

Most of the matches within this gauntlet lasted around three minutes.  Standard gauntlet stuff with the newest entrant beating the last entrant leading to the final entrants winning.  Saya Kamitani pinning Starlight Kid was probably the most notable fall of the match but otherwise, this was just here to get everybody on the card **

A good match with a confusing story.  The new-look Oedo Tai have gotten back to the faction’s roots and are unashamed heels.  Gone are the loveable antics and in its place is sheer disdain for those around them.  Despite them being heels Stardom set them up as the good guys here.  Hana Kimura couldn’t contain her laughter at having to face Saki and co. but she ended up with egg on her face when Kashima rolled up Konami to get Oedo Tai the win.  It was a satisfying moment to see Saki embarrass Hana but I’m not sure I’m meant to like Oedo Tai winning.

The rocket is firmly strapped to the back of Giulia and Donna Del Mondo right now and while they have yet to produce a blow away match the faction feels important and there’s a clear drive that sometimes other factions are missing.  While the DDM story is interesting the other aspect of this match is that Queen’s Quest is down to just one title in the whole faction.  This time last year Utami and Momo were covered in titles and the faction looked to be unstoppable, now though it’s all falling apart at the seams and it’s going to be really interesting to see how, or if, they can turn things around.  With Oedo Tai currently going through a rebirth, STARS holding the top titles in the company, Tokyo Cyber Squad as popular as ever, and Donna Del Mondo on the warpath QQ is currently sitting bottom of the pile amongst the factions. ***1/4

Wit Bea Priestley coming into this one off the back of a big turn and title win at Stardom’s Anniversary show I feared this match would mark the end of Hoshiki’s white belt run.  Thankfully, Arisa keeps her run going as she gets one step closer to Momo’s record.  With Tam Nakano gunning for the title and a potential double title match with Mayu Iwatani on the table giving the belt to Priestley here would’ve been a disappointment as both Nakano and Mayu have more history with Arisa.  This match itself was quite good as Hoshiki was at her sadistic best and keeps adding new moves to her arsenal.  Priestley held up her end of the bargain and pulled off some fantastic counters. ***1/2

This was originally meant to be a match between Sareee and Mayu Iwatani but due to illness Sareee was replaced by Takumi Iroha on the day of the event.  While it is disappointing to miss out on the Mayu/Sareee match this one more than managed to live up to expectations.  The story of Mayu’s title reign so far has been her withstanding everything thrown at her by her opponent’s and that’s what she attempted to do here. She definitely tried to survive Iroha’s onslaught of kicks and strikes with Takumi getting more and more sadistic as the match went on.  In the end, it was Iroha’s Running Three that put Iwatani away but Mayu loses nothing in defeat as she survived a hell of a beating.

With her being made to look so strong here I think Takumi Iroha could easily come into Stardom as an outsider and win the title, Mayu did say she would like Takumi to challenge for the red belt.   Iroha could provide a dominant force for the Stardom roster to eventually overcome and if needs be she could even have some of her Marvelous roster members aid her in multi-person matches.  With Stardom running Korakuen Hall more times this year than ever before it would be smart to have Takumi on top as she has a host of fresh matches against the likes of Momo Watanabe, Arisa Hoshiki and Jamie Hayter  waiting for her

Post Match: After the match, Oedo Tai came in to beat down Mayu and allow Saki Kashima to challenge Mayu for the belt.  Mayu blew Saki off telling her she wasn’t interested, which is the reaction Mayu SHOULD have since Saki has been a midcarder forever and shouldn’t warrant the champ’s attention.  I just hope these post main event angles don’t become a regular occurrence as this is the second Korakuen main event in a row to feature Oedo Tai attacks post-match and that feels a little too NJPW for my liking.

That main event was fantastic and more than lived up to expectations.  Up and down the card Stardom is very interesting right now with Marvelous and Takumi involved, Donna Del Mondo heating up,  Oedo Tai rebuilding, and Arisa’s white belt reign approaching record territory.  These Korakuen shows are always a good watch and so far in 2020 have been very interesting shows. 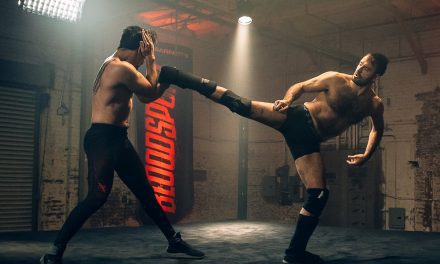