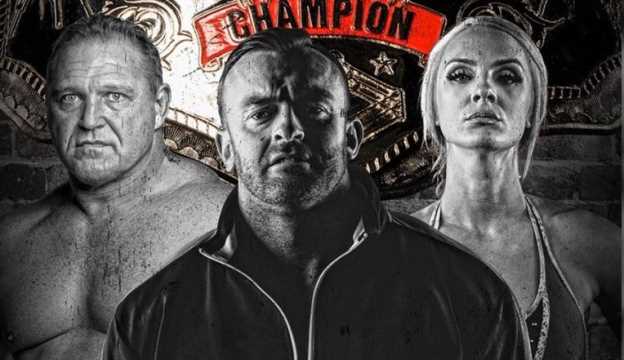 Steve Case: NWA Powerrr might be the best wrestling show on TV. Season 2 has been tremendous, and Hard Times looks to be possibly their best PPV since possibly the NWA’s relaunch. With the title matches, Television Championship tournament, and Marty looming, this has all the makings of a tremendous show! Follow Steve @Coachcase44

Tim Storm is right up there with Cody as the best babyface in wrestling. The man is as wholesome as the proud son of a nearly 100-year-old woman can be, but still holds an incredibly believable amount of toughness that makes me want to follow him anywhere into any battle. His promos are so well delivered and precise that he has me hooked on every word so much that by the end, I want to run through a wall. He’s never going to give you a mat classic. I mean the man is in his 50s. That said, he is a perfectly solid pro wrestler who can do the basics very well and tell a tremendous story in the ring. Ken Anderson is that old school territory heel with a name and history that brings just enough cache’ that it makes him a viable threat to anyone. His recent turn on pal Colt Cabana firmly cements him as a hateable heel, which will create a clear contrast for the crowd. I expect this to be a perfectly fine match with a hot crowd behind Storm. I am pulling for Storm HARD here and won’t be sad or surprised if he wins, but with Anderson getting ready for a feud with Cabana and the fact my next prediction is for the company’s next big babyface, I see Anderson getting the win here with more than a little help with the tights.  Prediction: Ken Anderson

This has the potential to be tremendous, 6:05 time limit or not. Starks is clearly the future if they are able to hold on to him. They’ve done a really good job building him up as a crowd favorite. He’s had some of the best matches of the series with Aldis in their great TV draw and his work with Cabana in the Into the Fire triple threat, as well as being a charismatic presence on the mic and in front of the crowd. The crowd popped huge when he interrupted Question Mark’s KARA-TAY display. Cross is the perfect kind of outside veteran to bring in and have a great match to help put the young star over. This could end up being your match of the night. Starks should move on. Prediction: Ricky Starks

I laughed out loud when this was announced. OUTLANDISH Zicky Dice is a fun little cocky heel on the show. His promos are annoying (in a good way) and everything about his character and his look is laughably hateable (again, in a good way). Dan Maff had a very good hoss fight with Jeff Cobb at Final Battle and from the little I’ve seen of him, is an impressive big man. Out of the two “non-contracted” wrestlers in the tournament, I think Maff is the one to move on, especially considering the rekindled ROH relationship. Kudos to NWA to bringing in two guys that are not only very strong performers, but fit the aesthetic the company is going for to an absolute tee. Zicky gonna die. Prediction: Dan Maff

I have greatly enjoyed the Question Mark on Powerrr. I can’t describe it in a way for people to understand, but his partnership with Stevens and their schtick just works for me. It’s the right kind of wrestling funny, especially in this environment. Trevor Murdoch has been reborn on this show, turning in consistently solid matches and playing his everyman role to perfection. His only problem is he doesn’t know KARA-TAY. The Questions Mark moves on. Prediction: The Question Mark

I see this being Starks/Anderson to again set up a clear face/heel dynamic to get the crowd strongly behind Starks, as well as to give Starks another credible win over a name guy. This whole tournament is to set up Starks like the next NWA superstar that he is, and it is set up perfectly to do so. At least it should be. Expect Starks to work from underneath and kick out of an Anderson tights rollup (that they’ve been building as a heel finish quite nicely) and make a firey comeback towards the victory. Prediction: Ricky Starks

I see this being Mark/Maff to set up a somewhat hoss fight. Maff should look dominant enough against Dice to be an incredible threat to Question Mark. This should rally the crowd behind him, unless Maff’s cool factor shines through. This is my only issue with Question Mark, especially in the NWA environment. He’s a face aligned with a detestable heel, but still does some heelish things? Sometimes the dynamic is off a bit depending on who he’s in the ring with. Expect some Stevens shenanigans to distract Maff enough to succumb to the Mongrovian Spike. Prediction: The Question Mark

I see a Starks/Question Mark final here, and really that’s the only final that should happen given the current stories on Powerrr. Starks has had issues with Stevens and Question Mark for some time now, culminating in his interrupting of the Mongrovian KARA-TAY display. They are both fan favorites, though as I said before, Question mark is in a weird spot being aligned with Stevens and not exactly resisting the heelish ways. I’m curious to see what they do here, because I truly think the goal is to make Starks look like as big a star as possible coming out of this. Will the Question Mark fans sort of sour the moment a bit, or will Starks really get the crowd behind him while overcoming some certain chicanery. Regardless, Starks should be your first Television Champion. Prediction: Ricky Starks

The Rock n Roll Express story has been fun, but it’s time to move on from them. Morton can still go to a degree, having a solid title match with Aldis on the go-home episode of Powerrr. But Gibson can hardly move. It’s fun to have them around and in programs for nostalgia, but it’s time to move on. To who? That is intriguing depending on the direction they plan to go. Storm and Drake could absolutely win, being two strong promos, fan favorites, and Storm being an all-time great tag wrestler. He and Drake seem to be a good pairing, but I feel this may be a vehicle for a program between the two moving forward. That leaves the Wild Cards. Their Strictly Business membership makes them feel like a bigger deal than they really are, and will probably carry them to the titles here. The triple threat nature should actually enhance this match, hiding some of the RnR’s shortcomings. Camille will likely get involved somehow leading to the pin and the first Strictly Business members with new gold to join Aldis. Prediction: The Wild Cards

Aron “Shooter” Stevens has been terrific in his role on Powerrr. He’s so self-absorbed and boisterous while being in waaaay over his head against most opponents in the ring that he becomes the perfect chickenshit heel. Hiding behind the Question Mark and trying to steal his thunder only accentuates that. Steiner was a nice addition to the NWA. He brings a name, legacy, and an unpredictability that draws people in. Steiner also fits in perfectly with Aldis and Strictly Business as the veteran-heavy. This match will not be a mat classic, but I do see Steiner taking home the gold. Showering Strictly Business with the belts to truly prop them up as the top heel faction would be a smart move, and allow some good babyface chases. Prediction: Scott Steiner

Thunder Rosa has absolute star potential. She has a story that can carry her through any direction they choose, heel or face. She has the badass background in MMA, and she can be an incredible underdog and role model to young girls everywhere. Unfortunately, the story here seems to be between Allysin Kay and Melina. In a perfect world, Thunder Rosa would take the title off of Kay, and those two can go on with their feud. Unfortunately, there aren’t really any other viable challengers to the title in the women’s division. Therefore, I can see Kay retaining, possibly via DQ due to Melina to continue their feud. Prediction: Allison Kay

This feels very random as a main event. It should be a fairly good match, but we all know this is just a precursor to the eventual Marty run-in. The newly reignited NWA/ROH partnership opens up lots of interesting possibilities for both companies. Depending on the depth of this relationship, talent exchanges could be up and down the cards. This is all leading to the anticipated Aldis/Marty rematch in the future. Mania weekend perhaps? Whether it’s during, or more likely after the match, Marty should be appearing to confront Aldis and continue that build. Either way, sorry Flip, Aldis isn’t losing. Prediction: Nick Aldis 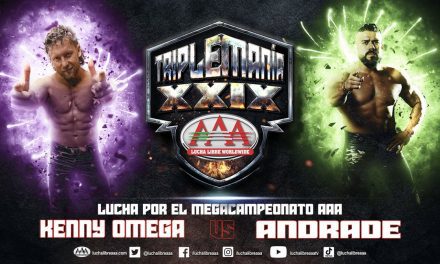 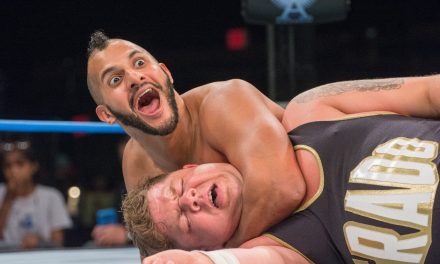 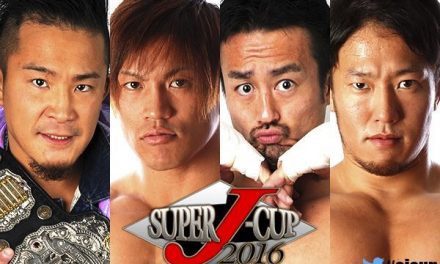