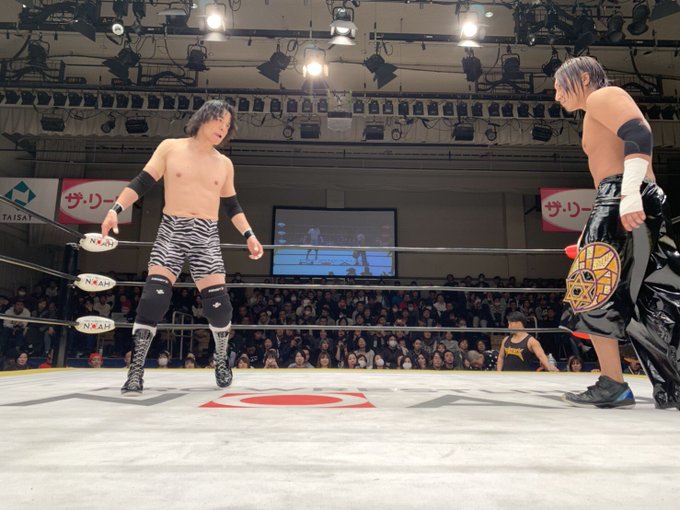 There is a great Mexican restaurant about 30 minutes from where I live that has a buffet for lunch. About once every two months, me and the family go over there on a Saturday and enjoy it tremendously. The building is inauspicious, and the cuisine is basic but stays in its own lane and delivers a satisfying experience. Nothing too fancy but sticking to a formula that is known to work. About a year ago, I was assigned to an audit that was five minutes from the restaurant. I was so pumped to be able to eat at this buffet more. I went on Monday and pigged out something fierce. Wednesday was round two and while still freshly prepared and good, the novelty factor was starting to wear off. I tried to persuade my co-worker against going on Friday but off we went, and I could barely eat anything. The restaurant was the same but the newness and differentiating factor that had been such an asset for this place in my mind was now a negative.

Yoshinari Ogawa is the equivalent of this restaurant.

He is someone that can be delightful to watch in the right setting due to his unique factors and in fact has been a part of some MOTYC for myself with his 3/6/99 tag match teaming with Mitsuhara Misawa vs Jun Akiyama/Kenta Kobashi or his great GHC title match vs Kobashi on 11/1/03. However, the prospect of watching a comp tape of just Ogawa matches seems daunting and I believe the repetition would leave me with that same sense of resentment and disappointment as I did leaving La Hacienda on that Friday afternoon. For the purposes of this initiative in 2020 though, someone like Ogawa excels as the limitation on the number of matches I am watching almost forcibly means I can’t get burnt out on the Ogawa shtick.

Ogawa came onto the scene amazingly in 1985 and embattled with many of the pillars, Akiyama and Yoshihiro Takayama throughout the years. One would have assumed that the likes of Akira Taue and Tsuyoshi Kikuchi would have ended up as the peer rivals of Ogawa since they debuted within the same era but that never came to fruition as Kikuchi’s injuries caught up to him as Ogawa was rising up the card and Taue was already established as a main event player when Ogawa started getting the same recognition in the latter half of the ’90s. The next wave of talent including Satoru Asako, Tamon Honda and Kentaro Shiga really showed the decline in the All Japan dojo system as while each wrestler was talented, due to injuries and/or overall lack of appeal with the audience, none of them really caught on as anything more than mid-carders for both All Japan and NOAH. Ogawa was above that level of the ranks but still was seen as a disappointment when put up against the drawing and workrate microscope of his predecessors.

Attributes that Ogawa possesses that liken him to the restaurant is that he also generally follows a formula that is known to have success. Smartly psychology driven matches that focus on limb work. Ogawa is not above heeling it up at opportune times to gain the victory. He also has resourcefulness that is one of his greatest strengths in the ring finding many opportune times for a roll-up victory. The skeezy zebra tights Ogawa has worn for two decades give you the same vibes as La Hacienda which isn’t in the best part of the neighborhood. Simultaneously there is something repulsive but also engaging about the way that Ogawa presents himself. As an infrequent NOAH watcher, I see he is aligned with the STINGER faction which also fits his personality.

HAYATA is seemingly one of the success stories of coming out of the doldrums that was the Suzuki-gun era of NOAH. Unfortunately, that era coincided with my interest significantly waning on the promotion as a whole and only recently has the fever picked back up. Therefore, I would be inauthentic to state that I am that familiar with HAYATO overall, so I entered this match with no preset bias either for or against him.

Opening minutes feature some rudimentary but engaging enough mat work. HAYATA gains the advantage and takes things to the outside but this was utilized as a red herring to show the contrast in the styles and the match forms when HAYATA wipes out on a plancha attempt to the outside. Ogawa goes after the leg and doesn’t let up. Variation is one of the key focal points in keeping limb work engaging and Ogawa is masterful here torquing the leg with numerous varieties, never staying in any leg-based submission for too long and being relentless in his attack. After a couple of minutes of working over the leg, HAYATA runs the ropes showing that the damage hasn’t taken full effect yet but a simple drop toe hold gives Ogawa back the advantage and away he goes working over the leg some more.

I believe the talking point that New Japan ignores limb selling completely to be inaccurate. Hiroshi Tanahashi entering his elder veteran role has especially embraced this facet of pro wrestling with his battles with Jay White (Dominion 2019), KUSHIDA and Minoru Suzuki (New Beginning 2018) over the past couple of years. That is still not the norm though and seeing an over ten-minute control sequence focused so squarely on one body part with the intention of winning the match and the adjustments and sacrifices that resulted from the choices made by each competitor was completely refreshing.

As the match enters the finishing stretch after the dueling figure four, HAYATA prevents the match from entering into elite status for me. He was creating good sympathy underneath but then uncorks too many springboards onto the ropes that don’t show off the effects of the damage that was done. Limb selling is inherently objective and the lines between fighting spirit and no selling are blurred in the eyes of each viewer. The match picks up again for me when the damage is sold off of springboard and HAYATA’s hope spots following the cradle and roll-up variety where the level of believability is much easier for me than him using his high-flying arsenal to retain his title.

HAYATA’s enzuiguris are acceptable due to it being done with the right leg and not the one that took the damage. It looks like HAYATA is going to win the fall with one more successful flurry, but never count out the resourcefulness of Ogawa. Grabbing the bad leg, of course, Ogawa moves into a seated cover putting pressure of the leg he did the damage with. The crowd picks up on this immediately and is gleeful when the referee counts three signifying a new champion.

As a match overall, this is not a match of the year contender or even considered a great match by myself due to the limitations I had with HAYATA’s performance. In the same vein, La Hacienda isn’t a destination for an anniversary dinner or if you are on death row and about to face the lethal injection. Moderation is key. La Hacienda serves some damn good salsa. Yoshinari Ogawa is a damn good wrestler and he proved that in his 35th year in the business. ***3/4 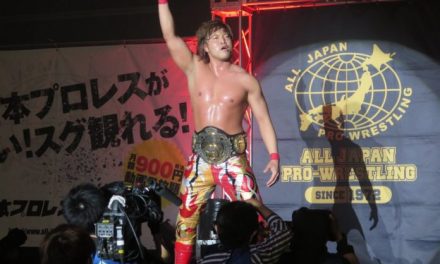