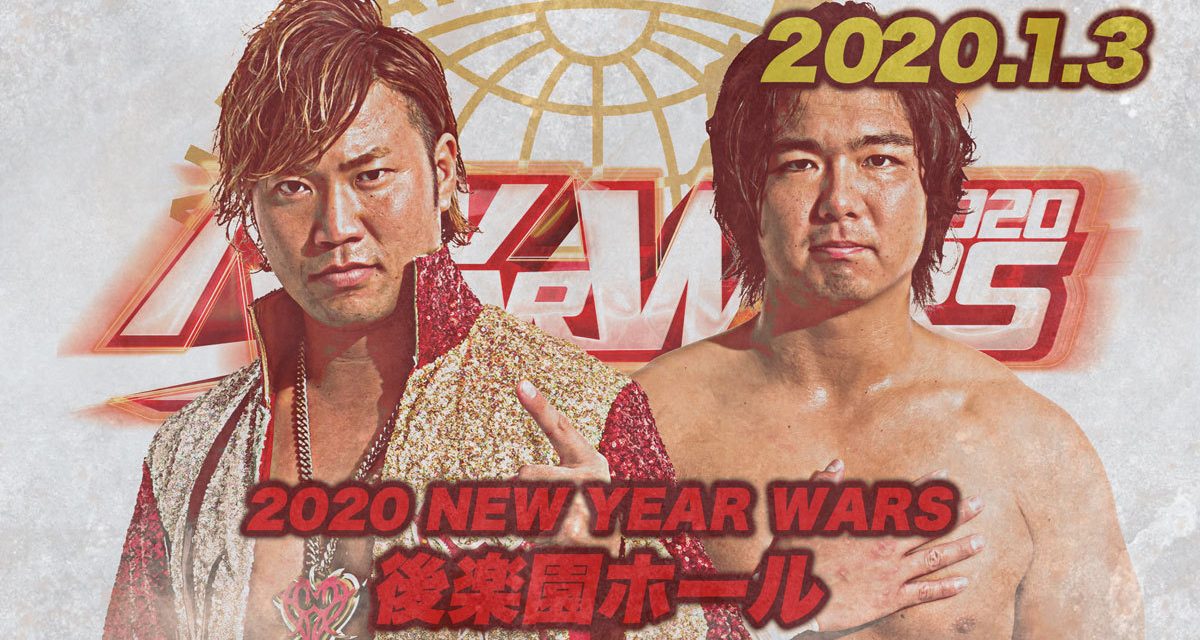 UTAMARO and Izanagi are going to be a heel team. They were doing basic heel work here of tripping people and cheap shots. Tamura looked great here. He got a lot in early on in the match but he eventually became a punching bag for a while. Mitomi was also great here, working the crowd for heat. Izanagi pinned Tamura with a series of Roundhouse Kicks. This was a really fun opener. ***1/4

So the story here is Omori is willing to respect Hayato who is staying in the All Japan Dojo for the next three months, but Aoyagi hates him. It’s cool to see these guys get some angles given their position on card. So this match started with Omori and Hayato doing chain wrestling, it then became Hayato vs. Aoyagi where they were using lots of strikes against each other. They even brawled outside of the ring against each other while not even either of them tagged in. SUSHI did a bunch of comedy spots with Akiyama like SUSHI teasing doing high flying moves on Akiyama but then not actually doing them. Then it came down to Fuchi and Sushi and Fuchi got the win with a Small Package. As I expected, having the young boys in the match improved its quality over the average All Japan comedy match. ***

Zeus is in this match which is concerning given what happened to him last night. KAI wasn’t originally on this show but he is subbing here for Ishikawa who is subbing for SUWAMA who suffered a pelvic injury. Sounds like a bruised bone. KAI and Jones did some solid chain wrestling. This was a match where everyone on each time cycled in and out doing their spots. But there were hints dropped and this eventually built to Nomura and Yoshida developing a grudge against each other in this match. The crowd loved it and it worked. We then got a sweet Aoyagi vs. Zeus sequence that ended up seeing Aoyagi submit Zeus with the End Game. That’s a huge victory and cleary a signal that Aoyagi will be climbing up the card this year. Glad to see AJPW setting up a lot of stuff on these shows. ***1/4

This started with the usual Menso~re comedy but then Akira and Kagetora got tagged in and absolutely fucking killed it. But then Menso~re got tagged back in and the speed of this match dropped by 3000%. I like Menso~re but it was bad for the pace of the match. But Iwamoto helped bring the pace back up and Akira hit a Tope Con Hilo to a massive pop. Even Menso~re looked good by the end of the match against Akira. Menso~re fell to Akira’s Springboard Cutter. Another big win for Akira. I’m going to bet he is the first challenger to whoever wins the Jr. heavyweight title on this show. This was the best multiman Jr. heavyweight match in All Japan in quite some time. ***3/4

Okada managed to get the better of Steel briefly early and hit a Tope Suicida on both of his opponents at the same time. It was done well but not how I thought this match would start given the way they pushed Steel last night. UTAMARO and Izanagi interfered and hit Okada and Ishikwa on the outside. This was the first example of outside interference in All Japan in a long time. God’s Legion is going to be that kind of group. Okada eventually became the guy who got worked over by Irie and Steel and did some tremendous selling. Steel and Ishikawa also had this great hoss exchange that ended up with them Lariating each other to the ground. Steel is limited in several ways like having a limited offense, but he definitely showed potential here and the crowd warmed to him. Steel got the win with his Chokeslam style move. This turned into something really fun. After the match Izanagi got on the mic and yelled at Ishikawa. This God’s Legion group and their angles have potential. ***1/2

Started with some mat work for an extended period. Sato went after an arm again like he did to Kagetora yesterday. Yokosuka would eventually target Sato’s leg. Sato would sell the leg throughout the rest of the match. This had one of those slow but steady builds that becomes something great. Yokosuka would go for big moves but Sato would reverse them into a submission, usually a Cross Armbreaker. Yokosuka also got a lot of near falls on Sato which I bought as finishes. But then landed a Jumbo No Kachi! That got him the win. What a match. The All Japan Jr. division is off to a great start in 2020. A total surprise given the story they were telling with Sato winning it for the late Atsushi Aoki. However, the All Japan Jr. division is off to a great start in 2020. Looks like the All Japan and Dragon Gate relationship is not only here to stay but getting deeper. Awesome stuff. After the match Akira, Izanagi, Abe and Menso~re hit the ring to confront Yokosuka. Teasing more Abe participation in the Jr. division is great news. Yokosuka announced Akira will be his first challenger which is great news. ****1/4

You knew Lee meant business early here when he kicked Miyahara fairly early on in this match while Miyahara was posing for the crowd. It ruled. Nice to see some killer instinct from Lee here. Miyahara was in full on dick mode here too giving a bunch of really loud Headbutts to Lee and mocking him. Lee unleashed some hellacious kicks on Miyahara in this match, stiffer than usual with big sound Lee also did little things he doesn’t usually do here when it came to mocking and goading on Miyahara that I really thought took this match to the next level. Miyahara brought the Piledriver on the apron in this match and it ruled. This match had a much better build than their match in October. Everything here made sense and it didn’t drag. There was a bad looking kick out on a Miyahara Deadlift German Suplex where it looked like Lee’s shoulders were on too high an angle to kick out. Miyahara saved it from total disaster by releasing the move but it was still sloppy. The crowd here was tremendous. They went absolutely apeshit on some of the near falls. Miyahara after trying several Shutdown German Suplexes finally locked one in to get the win on a pin that didn’t exactly look great.. This was incredible apart from a couple little bothces. After the match Yuma Aoyagi turned on Miyahara by giving him a German Suplex and cut a promo on him. That, I didn’t see coming. Aoyagi is presumably Miyahara’s next challenger. Poor Miyahara, all of his partners eventually turn on him. He’s like Sting. This was Miyahara’s V9 defense, which surpassed his first reign of eight defenses and is now the second most defenses in one Triple Crown reign surpassing his previous eight from February 2016 to May 2017 and Mitsuharu’s eight defenses from January 1997 to May 1998. ****1/2

This show drew 1,604 which is up from 1,585 on 1/3 last year. This year’s back-to-back January Korakuen Hall shows must be seen as a success. This year’s 1/3 show was the best top to bottom All Japan show since last year’s Champion Carnival. Everything on the undercard was good, if not great.

And it was great to see new factions formed and new storylines advanced. All Japan managed to freshen things up without taking off the Triple Crown from Miyahara. That was something I didn’t see coming. Also, who would have guessed that All Japan’s Jr. heavyweight division would be off to a great start? The results of the past two shows have given a sense of momentum for All Japan that it has not had in some time. Hopefully the company can make something of it.

With Miyahara retaining here, Naoya Nomura is now the top contender for who finally takes the Triple Crown off of Miyahara. But it also looks like Miyhara will break Toshiaki Kawada’s defense record. Miyahara will tie it on his next defense in February and will break it on his defense in March. That allows Nomura to win the Champion Carnvial and beat Miyahara for the Triple Crown in May. Let’s hope that where things go. 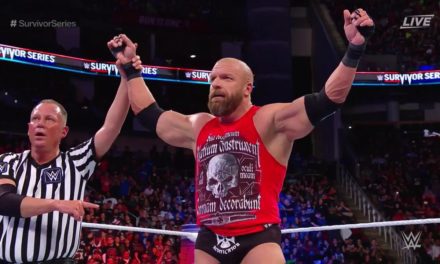