Let it never be said that Jushin Thunder Liger isn’t a selfless performer.

In his opening round match of the NJPW Super J Cup 1st Stage, Liger drew FMW’s Hayabusa. The young man was about three years into his career and had recently taken the Hayabusa name and gimmick, graduating from his career as young boy Eiji Ezaki. In this match, Hayabusa still lacks the scars all over his body that he would later receive in FMW’s trademark deathmatches. In fact, Hayabusa was still over a year away from his star-making Explosive Barbed Wire Steel Cage Deathmatch against Atsushi Onita. Up to this point in April of 1994, this match with Jushin Liger was the biggest opportunity of Hayabusa’s career.

The match starts fast as Hayabusa jumps Liger before the bell. The attack sends Liger out of the ring and Hayabusa quickly follows up with a now-legendary dive to the outside. This sequence would later be recreated in the 2016 Super J Cup when Dragon Gate’s Eita faced Liger. It’s worth noting that Hayabusa was no stranger to Dragon Gate as a company, working with them after his career ended. He even recorded an album with Dragon Kid. While Eita wasn’t in Dragon Gate at the same time that Hayabusa was around, it’s not at all outside the realm of possibility that this was an homage.

Back in 1994, Liger returns Hayabusa’s intensity, viciously attacking his leg. Hayabusa woke up an angry Beast God with his attack before the bell. Throughout the match, these two lay in some pretty heavy shots. One in particular that stands out in my mind was a brutal slap to the face from Liger, returning a much lighter slap from a downed Hayabusa. As the match goes on, we begin to see the inexperience of Hayabusa. He doesn’t look bad at all in the match, but some of his offense is definitely lacking polish.

There’s a moment late in the match where Hayabusa botches a Shooting Star Press. He overshoots Liger and lands face first in the mat, his legs slightly grazing Liger. Being the veteran that he is, Liger quickly covers for this and goes on the offense. Liger knew that rather than pretending that the move actually landed correctly, the right thing to do was to go with the flow of the match. This moment gives Hayabusa a chance to regain any lost credibility for the SSP seconds later by kicking out of an impromptu Liger Bomb. A move that easily would have put away Eiji Ezaki wasn’t curtains for Hayabusa. The match ends shortly after with a Fisherman’s Brainbuster. Jushin Liger puts away Hayabusa in the opening round of the Super J Cup. Rather than leave the ring, Liger checks on the downed Hayabusa. He helps the young man to his feet and offers a handshake. The disrespect seen in the opening moments of the match is gone from Hayabusa, all the remains now is an appreciative wrestler. Hayabusa gladly accepts the handshake and bows to Liger, thanking him for everything he did in the match.

This match stands out so much in my mind, more than any other in this tournament or in all of Liger’s 1994, because it is entirely built around getting Hayabusa over. Liger wins the match, but Hayabusa gets all the shine. This was a young wrestler debuting an entirely new gimmick that worked for a different company. Liger didn’t have to do this. He didn’t have to bump for Hayabusa and make his offense look good. He didn’t have to protect him and cover for the SSP botch to protect his credibility. But for the good of Hayabusa’s career and for the future of the Japanese junior heavyweight style, he did.

That’s one of the things I’ll always remember about Jushin Thunder Liger. If you look back at his career, how many of his decisions were driven by doing what was good for wrestling over what was good for himself? So many people don’t understand that mindset, but those people will never be the legend that Liger is. 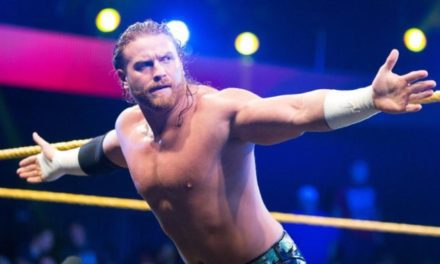 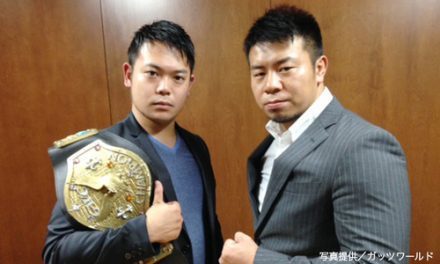 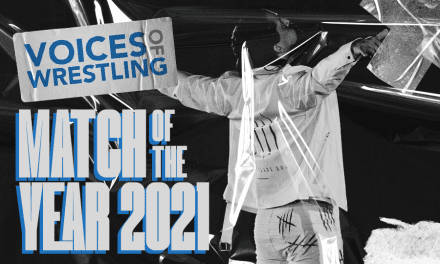