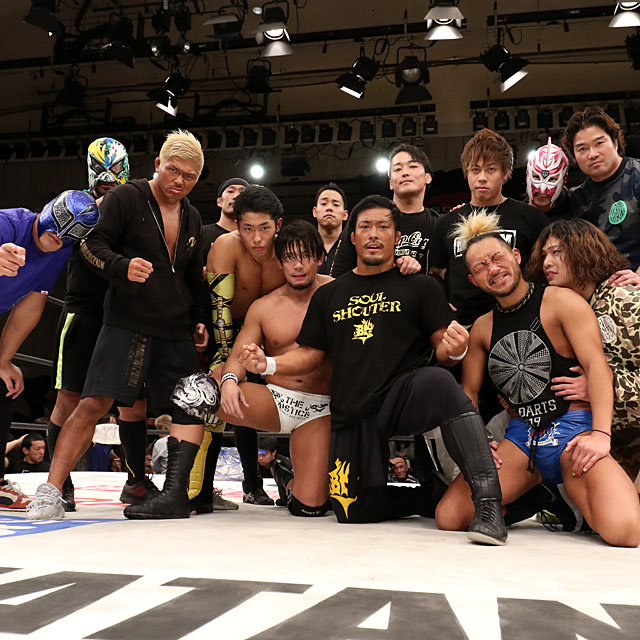 Yuki Yoshioka and Punch Tominaga have better chemistry than I care to admit. Tominaga is so much more fun when he’s playing around on the undercard. I have no interest in seeing him in any sort of pushed role – we’ve been there and done that. But here, in the opener against Yoshioka who continues to impress me in every outing, I greatly enjoyed what they brought to the table.

Jason Lee got back to his winning ways with a MaxiMuM Driver. Fun opener. **3/4

KAI has found his calling in Dragon Gate as the beefy brickhouse that squares off against Mochizuki and Okuda. This short undercard bout delivered all of the brutality that I could possibly want. After jumping the Tribe Vanguard duo at the bell, Mochizuki Dojo laid into the two veterans. When Mochizuki’s kicks failed to knock KAI off of his feet, a straight punch to the jaw did the trick. Mochizuki soon tried to follow that up on Hulk, but Hulk returned with a jab of his own and both men crashed to the canvas. That was lovely stuff.

Tribe Vanguard eventually regained momentum and nailed Okuda with a gorgeous Superkick/Burnout combo. When that wasn’t enough, Hulk cleaned his clock with a First Flash for the victory. ***

This encounter ended in a 20-minute draw. Strong Machine J has been plagued by inconsistency since his debut in April, and this match, his first singles match, unfortunately, falls under the disappointing category. This match was not bad, but with the exception of the final two minutes, this lacked any sort of drive or intensity that a 20-minute match needs.

The chain wrestling early was solid. Strong Machine J did not embarrass himself there. He’s clearly competent on the mat and Ben-K’s amateur wrestling background obviously makes him a credible grappler. The issue with the match is that it never progressed out of those early stages. The match simply existed. I kept waiting for Strong Machine J to light Ben-K’s chest up with chops or for Ben-K to manhandle the rookie in frustration, but the two kept a steady pace that ultimately did more harm than good.

The only blemish of this match was a botched spear on behalf of Strong Machine J. That was so awkward looking that the English commentary was forced to cover for J’s awkwardness. It’s as if J needed that blunder, though, because once he recovered from that, he worked the match with the pace that I had been dying for since the bell rang. Urgency kicked in and with under three minutes left, he began hitting big moves and gesturing to the crowd.

It was all for not, however, as when the bell rang for the time limit, seconds after the rookie hit his signature Devil’s Windmill Suplex, the crowd seemed more relieved that it was over than devastated that it went to a draw. This will go down as a learning experience for both men. J was not atrocious, but this did not make me clamor for more singles matches anytime soon. **3/4

I mentioned on the most recent Open the Voice Gate that I thought there was a real shot of Dragon Dia pinning Susumu Yokosuka here, and I’m happy to report that I was correct. For as unpredictable as Dragon Gate’s booking has been lately, this was right up their alley. YASSHI was simply used as a red herring here. Dia defeating YASSHI is an accomplishment, but merely a blip on the radar when we’re looking at the big picture of Dragon Gate’s booking. Defeating Yokosuka, on the other hand, is a massive accomplishment, and the Reptile Rana that he used to put the former Open the Dream Gate champion away with was sublime. ***1/4

This was similar to most R.E.D. vs. Ultimo tags that we’ve seen, although this luckily had a clean finish. After some early crowd brawling, R.E.D. set their sights on the weakest link of the Toryumon unit, Kenichiro Arai. After a lengthy beatdown, Arai was able to make the hot tag to Ultimo, and from there the fun progressed.

Ultimo had a particularly good night. He looked like he was having fun out there, which makes sense as I imagine wrestling with Saito and Arai is always a good time. Saito locking in Big R Shimizu to the Cycling Yahoo was a nice little moment. The aforementioned Ultimo looked his best when he was in the ring against Diamante, a sentence that I couldn’t have imagined typing a month and a half ago. Diamante was truly abysmal when he came into the company, but he’s improved in the ring and he’s found some confidence that has transformed him into a capable wrestler. He reversed Ultimo’s La Magistral and forced all of his weight down on him for a sneaky pinfall, the first time Ultimo has been pinned in Dragon Gate.

The exceptional closing stretch bumps this match up a little bit in my mind. Diamante is getting good. I’m happy to take a loss on this one. I’m all for there being more and more talent within the company and he’s now showing that he can hang. ***1/2

Another upset this evening, this time by way of Open the Brave Gate champion pinning Dragon Gate legend Masato Yoshino and in the process, defeating current Dream Gate champion Naruki Doi. Kaito Ishida’s year of domination has been given an entirely different vibe. Like I said during Final Gate, although his look is basically the same as it was during his time in MaxiMuM, R.E.D. Kaito Ishida delivers each kick with a shit-eating grin instead of a passionate gesture to the crowd. He’s completely changed his demeanor and it, quite frankly, rules.

Doi entered to a huge reaction from the Korakuen faithful and that adoration continued throughout the contest. His in-ring interactions with both Sakamoto and Ishida were electric and if it’s any sign of what’s to come during his Dream Gate run, we’re going to have another excellent reign on our hands.

Yoshino ate a chair to the back while the referee’s back was turned, leading to what looked like it was supposed to be a low blow but in reality turned out to be a devastating kick to the chest from Ishida, which led straight into a flash pin for the three. ***1/2

After the match, Jason Lee ran out and attacked Kaito Ishida once again. Their feud appears to be far from over.

Yet again, the Doi Darts main event delivers a terrific match with stories interwoven in a way that only Dragon Gate can do. It’s matches like this (and the post-match angle) that make the company so unique. I would love to see New Japan or All Elite Wrestling do a match similar to this, but my gut tells me that it just wouldn’t work. This works in Dragon Gate. It fits the vibe of the promotion.

For all of the action in this match, I thought some of the most compelling was R.E.D. focusing their sights on the former Stalker Ichikawa, the current Konomama Ichikawa. HYO rarely is positioned in a spot to look bigger than his opponent, so even given Ichikawa’s 20-year history as nothing more than a loser, it was great seeing the leopard son being able to tower over another wrestler. Add that in with Eita’s give-no-fucks brutality, and it looked like a guarantee that they were going to eliminate Ichikawa’s trio. As it came to be, however, Ichikawa scored the biggest pinfall of his career and caught HYO with his signature German Suplex Hold. This does not hurt HYO’s position in my mind. It fit with the ongoing upset theme of the show.

Kota Minoura eliminated Don Fujii, which feels especially brilliant given the post-match angle. Minoura has never been given a long term program, but a pinfall over Fujii, who despite rarely being in important matches is still protected, comes across like a big deal. Minoura, along with Yoshioka, Dia, and HYO, are the guys that I expect to take big leaps next year.

R.E.D. attacked the referee and YAMATO (who wrestled like vintage YAMATO in this match) right before YAMATO could get the pin with a Galleria. The Red Mask Demon clocked YAMATO and Eita nailed him with two Imperial Uno’s for the win. ****1/2

“The landscape in Dragon Gate changed drastically overnight as the existing unit battlefield will see a temporary cease-fire to make way for generational warfare.

R・E・D, including new member BxB Hulk, reject both sides and will go to war with both.

The Dragon Gate vs. Toryumon vs. R・E・D war starts tonight in Yokosuka.”

In a single calendar month, Dragon Gate has completely subverted my expectations of what to expect in the new year. The booking of the company has never been as unpredictable as this, but every step that has been made so far has been logical. There has been no hot-shotting, no inconceivable reaches, and no-nonsense. Dragon Gate closes out 2019 with yet another show that features high-end wrestling and digestible booking.

This is the time to hop onto Dragon Gate. The company is evolving and there has never been a better time to dive into the product. The English commentary on this show provided by Larry Dallas and Dragon Gate Jae was a great addition to this Korakuen Hall. I would love to see Jae added to the mix as a third chair, similar to how New Japan uses Chris Charlton. Jae’s mic was incredibly low in the mix for most of the show, which is unfortunate, because he added great insight the entire show. By the main event, Jae had gotten more comfortable and was firing on all cylinders with Dallas. 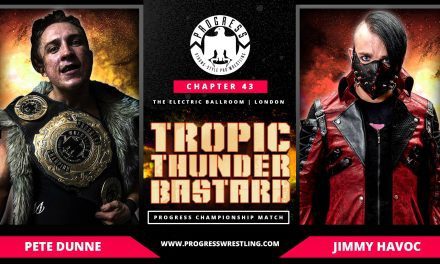 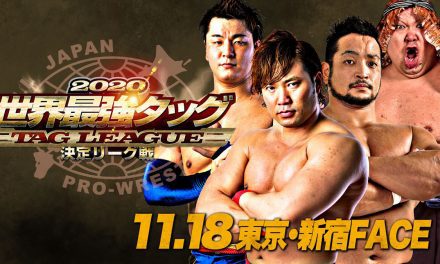