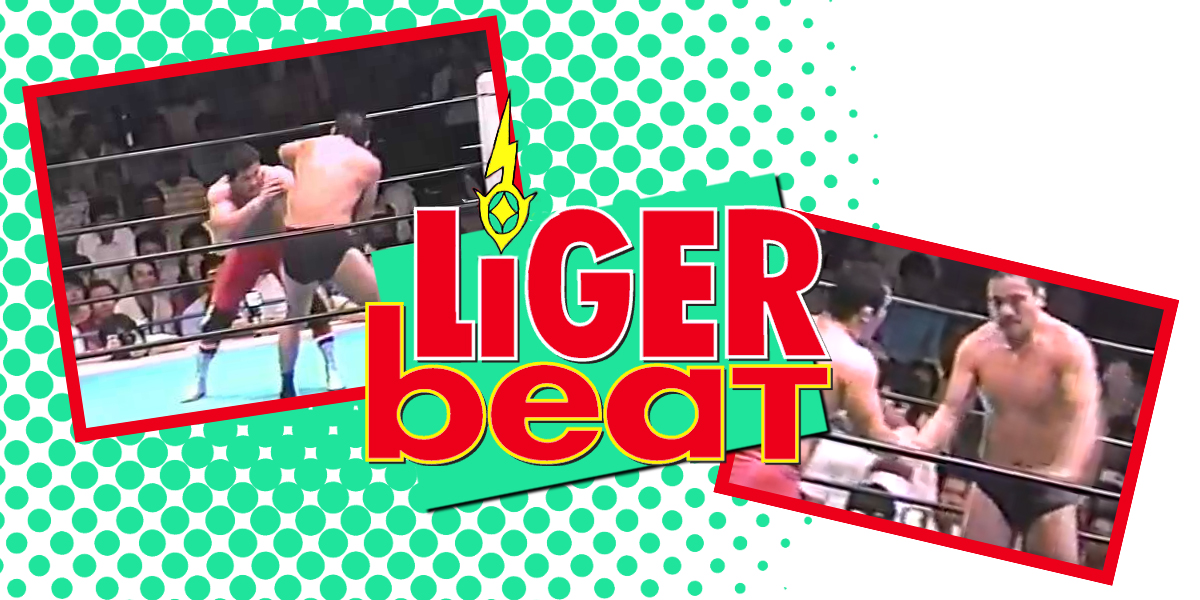 For the average wrestling fan that grew up in the ’90s and 2000s, even those that didn’t pay attention to Japanese wrestling, Liger, from his mask to his legend is something that just seemed to always exist.

Certainly, in my wrestling fandom, my earliest memories of watching taking place in 1990, this has always been the case. I wasn’t consciously aware of Liger until the mid-90s, when I understood that wrestling had different companies and different wrestlers worked different companies, but that mask, that outfit, hell, even “Ikari no Jyushin” has somehow embedded itself deep enough into my brain, that I cannot recall a moment when I first saw Liger – as long as I’ve known wrestling – I’ve known that Liger existed, as big as Hogan, as big as Andre, as big as Flair, he has always existed.

And yet, at the same time, even amongst my peers, I’m not the biggest Liger fan. I don’t know his matches intimately. I couldn’t go through and name you a dozen hidden gems to check out. I cannot recall his history in Stampede wrestling, his ascendance to junior ace, the exact dates that he busted out the Kishin Liger gimmick, when he the Shotei, when he used the Liger Bomb, when he used the Shooting Star Press. I will recognize and concede that Liger is an all-time Top 10 wrestler, and I don’t even have the proof to say so. His aura is what has always put him at the top for me, his look, the reverence with which people speak about him. Is there any single wrestler in the HISTORY of wrestling discourse that is less-divisive than Jushin Thunder Liger? I can’t think of one.

In the grand scheme and history of my fandom, it is only within the last handful of years that I have even understood there are a few years of Jushin Thunder Liger that are pre-Jushin Thunder Liger, that he didn’t come out fully formed as a young man dawning the iconic cartoon mask and full bodysuit. No, for his first handful of years of wrestling, the man we would say has entered a “godlike” status was once just a ripped, short, technical wrestling wiz named Keichii Yamada.

A mere four days prior to departing for Japan for a stint in All-Star Wrestling in the UK and Stampede in Canada for a year-long excursion, Yamada had his “send-off” match against Yoshiaki Fujiwara.

In a match that is followed on the card by a 6-man tag feature Mad Maxx, Super Maxx & Hacksaw Duggan, Yamada tries for nearly 17 minutes to take Fujiwara down to the mat and establish himself a legit grappler, while Fujiwara continually brushes him aside. For what it’s worth, whether or not I believe Fujiwara is the best technical wrestler of all time, he is in my eyes, the best “defensive” wrestler of all time. He is a man who bases nearly his entire offense in exploiting his opponent’s mistakes. Never blessed with the strongest body, he is able to utilize what he has in an effort to counteract anything you give. This match is built around Liger – the 1986 Young Lion Cup winner, and a fuckin’ stud in looks completely getting overmatched and outsmarted by a man with 12 extra years of experience on him.

The starts with a Yamada takedown that is immediately reversed into a Fujiwara pinning combination. The two trade takedowns, arm locks, leg scissors and more before Fujiwara is able to get a cross armbreaker cinched in near the ropes for a break, the first of many.

From here, Fujiwara is able to maintain control of Yamada’s left arm, multiple times attempting to maneuver Yamada into his patented Fujiwara armbar, but Yamada’s reflexes, strength and agility win out. Anytime Yamada gets the upward hand, Fujiwara is able to pounce and take control, including a butterfly suplex.

Anytime it appears that Yamada may actually be able to pull one over on Fujiwara, he is shown his place. Yamada is able to maintain gravity on an attempted gutwrench, dropping Fujiwara into a leglock, but with his lack of expertise in the maneuver, he fails to get it cinched in and Fujiwara lets the crowd know, motioning and pointing to his knee to rapid laughter from the audience. In a flash, Fujiwara regains control, forcing Yamada to search for the nearest rope.

The overmatched upstart gets the crowd on his side, despite the wreckage that Fujiwara is causing his left arm. Anytime Yamada is on the receiving end of a submission, the crowd chants his name, willing him to a rope break.

After dropping him to the ground for the umpteenth time and locking in the Fujiwara armbar, the ref calls the match as Yamada holds his left arm to big applause from the crowd. Fujiwara has sent this young wrestler on his way out from Japan, dominating him with ease, but allowing Yamada to display the natural charisma he will carry with him for the next 33 years, even without the mask. This match didn’t make Yamada, it didn’t make Liger, but it paints a picture of a young wrestler who was destined to be one of the all-time greats. A man out of time,  a man that could make the most of any situation. In any timeline, Yamada would ALWAYS go on to become legend, to become infinite.