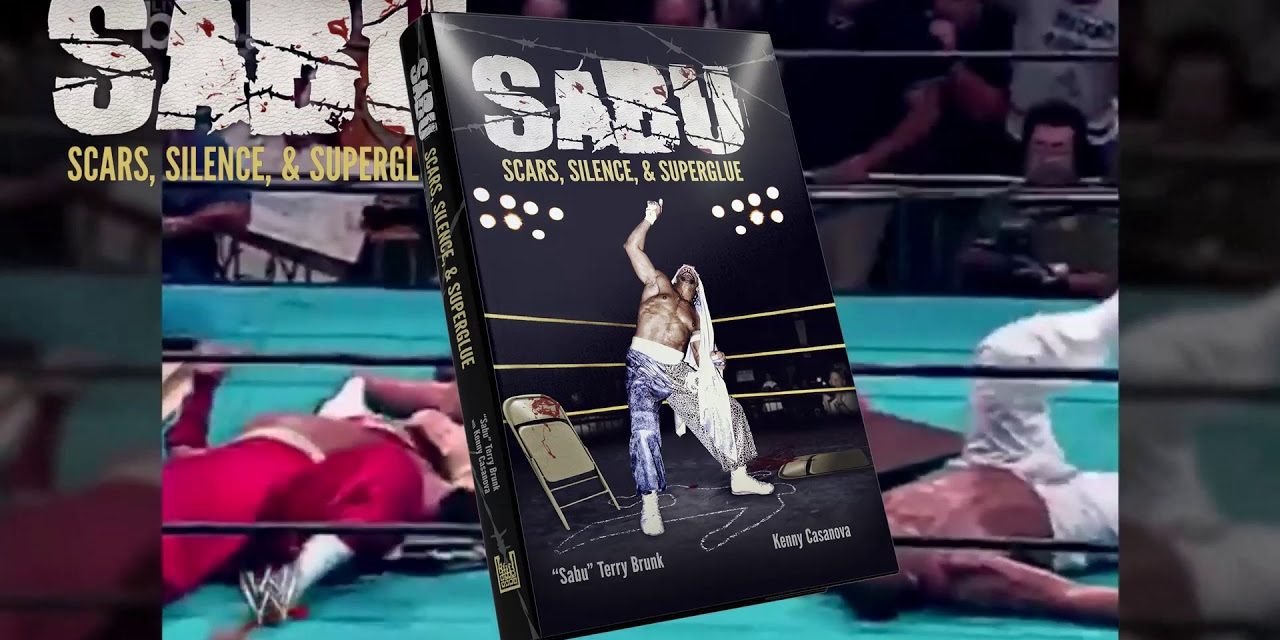 After a foreword by ‘The Whole F’N Show’ himself, Rob Van Dam, Sabu’s autobiography starts with a literal bang: shot in the head at a party, a 19-year-old Terry Brunk fights for his life in hospital. It’s troubling even considering his reputation as the ‘Homicidal, Suicidal, Genocidal, Death-Defying Maniac’ that lit up Extreme Championship Wrestling for much of the 90s. However, the biggest shock may be how down-to-earth, genuine, and fun Brunk is.

Flashing back to his childhood, we find Terry clashing with his stepfather, instead finding a role model in Ed Farhat, better known as The Sheik. Sabu’s abiding love and respect for his uncle is one of the overarching themes of the book, while his detailed accounts of his bed-wetting and his run-in with the law prove nothing is off-limits.

Shortly after recovering from his gunshot wounds, Brunk begins training hard, gaining 40 pounds in a year. Excited to follow in his uncle’s footsteps, he turns up for training at The Sheik’s house, only to experience six months of hazing before he gets to even touch a wrestling ring. It’s a great story and one that shows quite how the business has changed. Eventually debuting as Terry S.R., he goes through numerous gimmick changes through the 80s, including (comically) the ‘brother’ of Jimmy ‘Superfly’ Snuka, Terry.

After a stint in Canada, we come to 1990, where Brunk meets a pivotal figure in his life, Rob ‘RVD’ Szatkowski, who turns up at the Sheik’s wrestling school only because it was $5 cheaper than the next option. Quickly forming a bond, they begin practicing death-defying flips and dives while The Sheik is away from the ring, before both being taken to Memphis for a disappointing run. However, it’s here that Brunk begins putting together the genesis of Sabu, a figure that would help define wrestling that decade.

Before all that though, there’s Japan, including wrestling in FMW for Atsushi Onita and meeting a young boy you may have heard of. It’s Sabu’s first dive into the world of barbed wire and superglue, and how he’d make his name. Much like Vader’s excellent autobiography, there are run-ins with the Yakuza that defy belief and are almost worth the entry price alone.

Back in the USA, Brunk has to choose between the WWF and ECW and, surprisingly, opts for ‘The Land of the Giants’. Wrestling Scotty ‘2 Hotty’ Taylor and Owen Hart, Sabu makes a good first impression, but is disheartened when Vince McMahon proposes the Sultan gimmick (which would later go to the future Rikishi). ECW it is, then, and it’s all here, from the broken neck, to no showing, to title wins and losses, his stints in NJPW and WCW, ECW invading RAW, and more. It would be a shame to spoil the backstage tales and road stories here, but there’s more than enough to please any fan.

Leaving ECW just before it implodes, Brunk shares wild stories of his time working for XPW and Juggalo Championshit Wrestling, and the death throes of FMW. His disappointing TNA and WWE runs are also covered. Of the latter, we find Sabu full of regret; “When Vince said “You know, Sabu, you will make more money in merchandise than you will make in the ring,” I probably should have listened to him”, says Brunk. “I understand that now even though it’s probably too late, and I feel kind of stupid.”.

Brunk loves and hates with equal fervor, with Jim Ross, Test, Kurt Angle, Ric Flair, and others bearing the brunt of his scorn. However, he seems well-liked; the book is interspersed with guest chapters from RVD, Raven, Taz, Tommy Dreamer, and more. It ends on a happy note, with Brunk in love, and saying of his career “Not one drop of sweat, blood or shred of brain tissue was wasted away in regret”.

Refreshingly and surprisingly candid, Brunk’s autobiography is only a shade beneath Vader’s fantastic book, which is high praise indeed. Scars, Silence, & Superglue is a must-buy for not only devotees of Sabu and Extreme Championship Wrestling, but all fans of 90s and 00s professional wrestling. 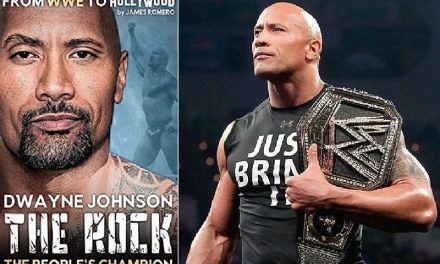 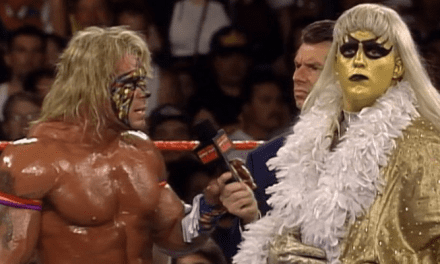