Steve Case: “Hope is a dangerous thing. Hope can drive a man insane.” Like Red speaking to Andy DuFresne, there is a particular dread attached to the never ending hope for WWE main roster PPV’s to return to form. That said, that hope is undeniable. The day we are all able to hold our hands up in the rain in glorious, giddy laughter, it will indeed be glorious. Survivor Series was a solid start with the help of NXT. Let’s hope that the main roster can sustain the MOMENTUM with this show. Follow @coachcase44 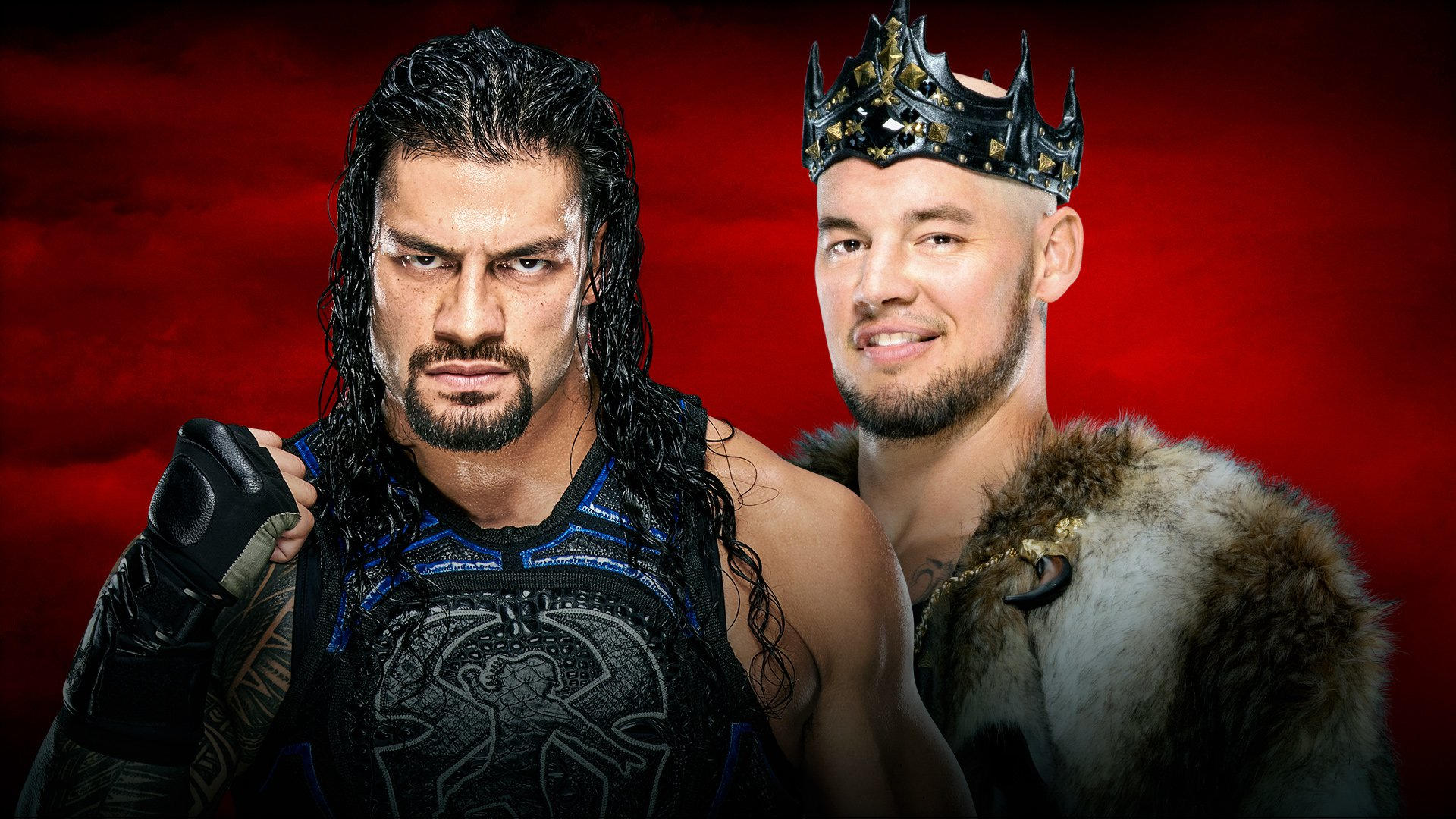 Steve: There isn’t much more to be said about the reaction to this current story. There may be those of you who get enjoyment out of the trash TV nature of the “big dawg” shenanigans. If that is you, I commend you. When you think of the TLC stipulation, these aren’t two names that pop up, at least not in my head. That said, the additional plunder and wildness these matches bring may allow Corbin to be more than a generic big man a traditional match would showcase. We all know Reigns can bring it, especially in car crashes. Here’s hoping this overdelivers and Reigns pushes Corbin to let loose a bit. The backwards, accidentally on purpose rehabilitation of Reigns continues. Prediction: Roman Reigns 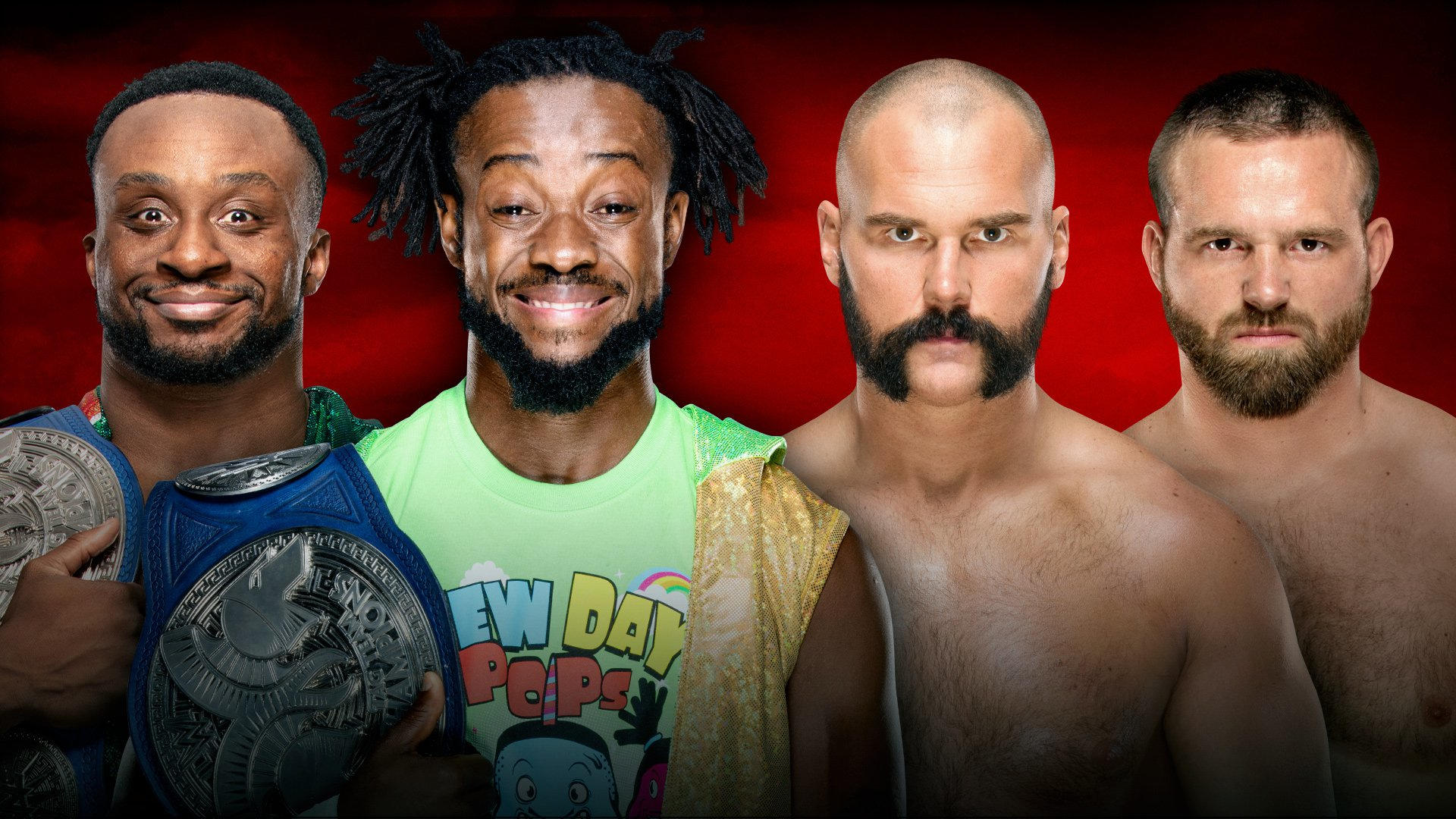 Steve: This has the chance to absolutely steal the show. These two teams are quite possibly two of the best WWE tag teams of the last ten years, and two of the best in the world. Agents or not, I don’t think there is any way this match isn’t at least good. Just sit back and enjoy this one. Prediction: The New Day 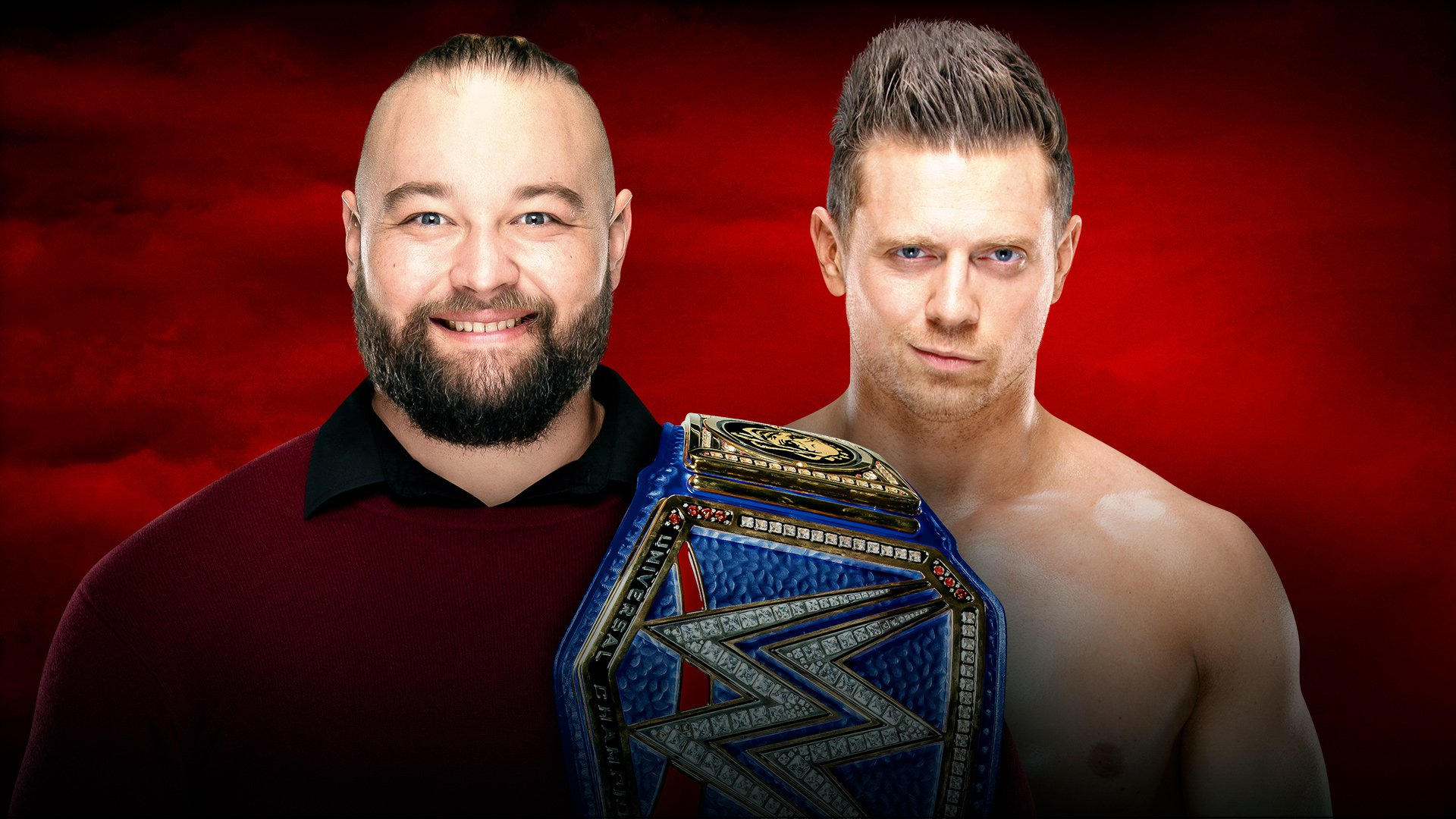 Bray Wyatt vs. The Miz

Steve: I may be alone here, but I kind of liked the idea of Maryse being so scared of The Fiend. The Mizanins are such a high profile couple, so why wouldn’t she be worried about her man and their family? Regardless of whether this is Bray Wyatt or The Fiend (or both? WTF?!), this should be an extended squash. You can buy Bryan having a competitive match, but The Miz? If you want to really play into the character of The Fiend more as a remorseless, soulless monster, have Maryse come out after a brutal destruction of her husband to beg for his well-being. Then Bray mandible claws her unconscious. Prediction: Bray Wyatt 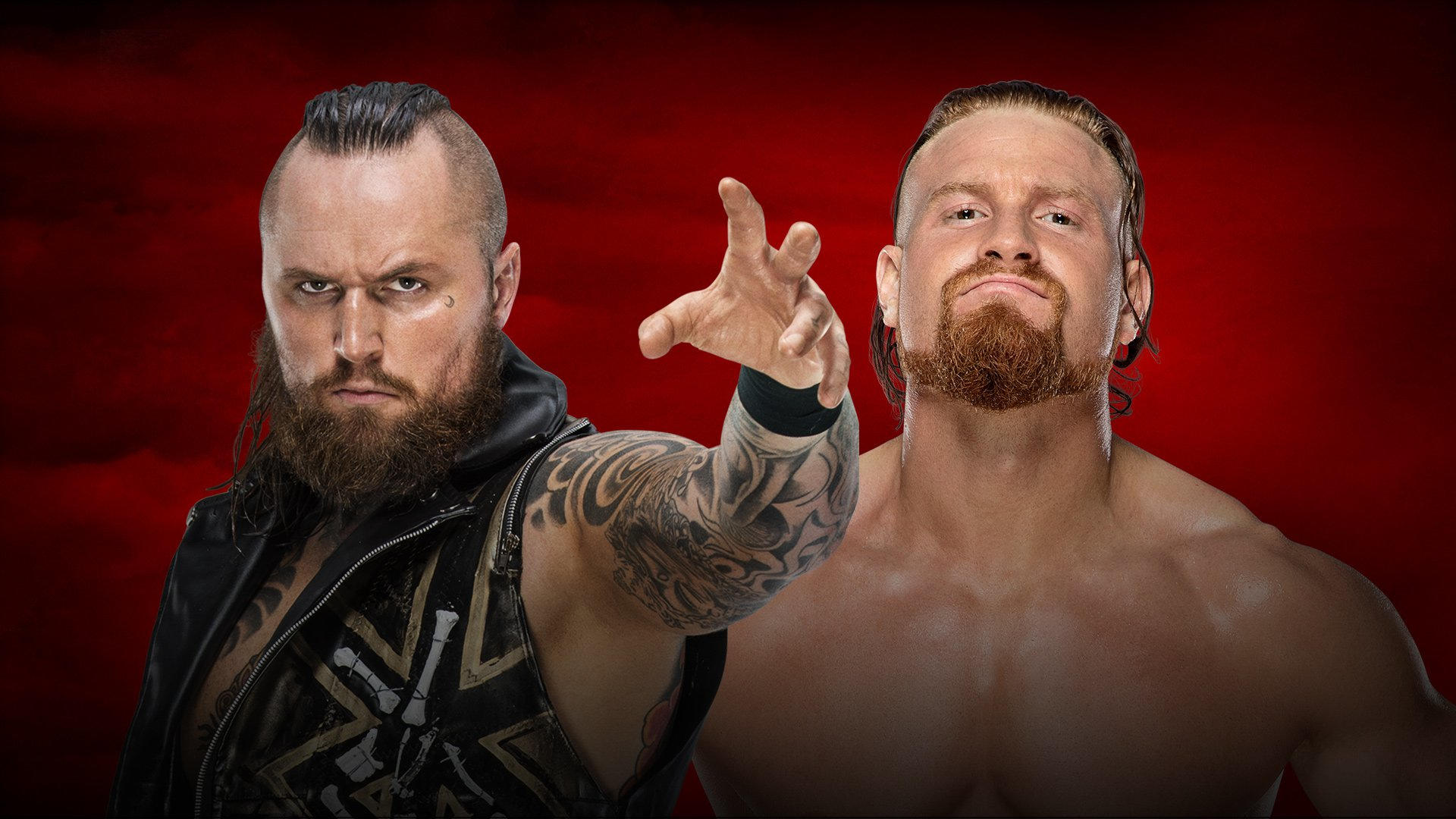 Steve: Another match with show stealing potential. I believe this is Black’s first PPV match since his very strong showing against Cesaro. Buddy will have a job for life if he wants one, not only because of his unique, believable offense and athleticism, but for his ability to make his opponents look amazing. The guy can bump his ass off. This should be a competitive contest, but Buddy will sell Black’s bombs like death and ultimately eat a Black Mass. If this gets 10+ minutes it could be something special. Prediction: Aleister Black 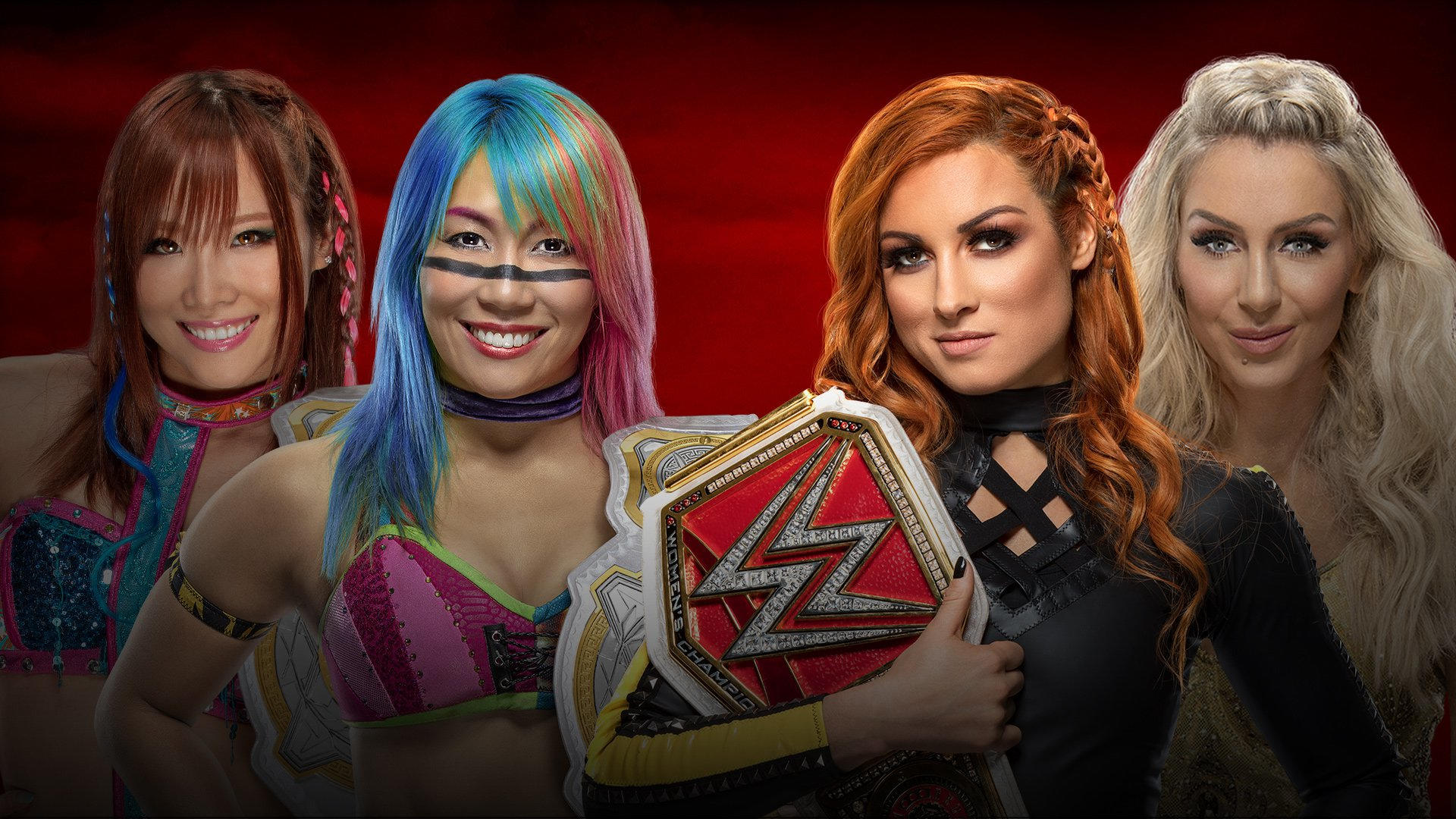 Steve: For my sleeper MOTN, I give you this match. The Kabuki Warriors have been highly enjoyable as heel tag champs, and Becky and Charlotte know a thing or two about plunder matches. As long as they keep the “storiez” between Charlotte and Becky out of the actual match, this could be great. This is a TLC match with not only four of the best women in the company, but four of the best women in the world. Added to that, I have a feeling they all have been hearing about how the NXT women are neck and neck with the main roster. This will be their chance to put them in their place. My expectations are high for this one. Prediction: The Kabuki Warriors 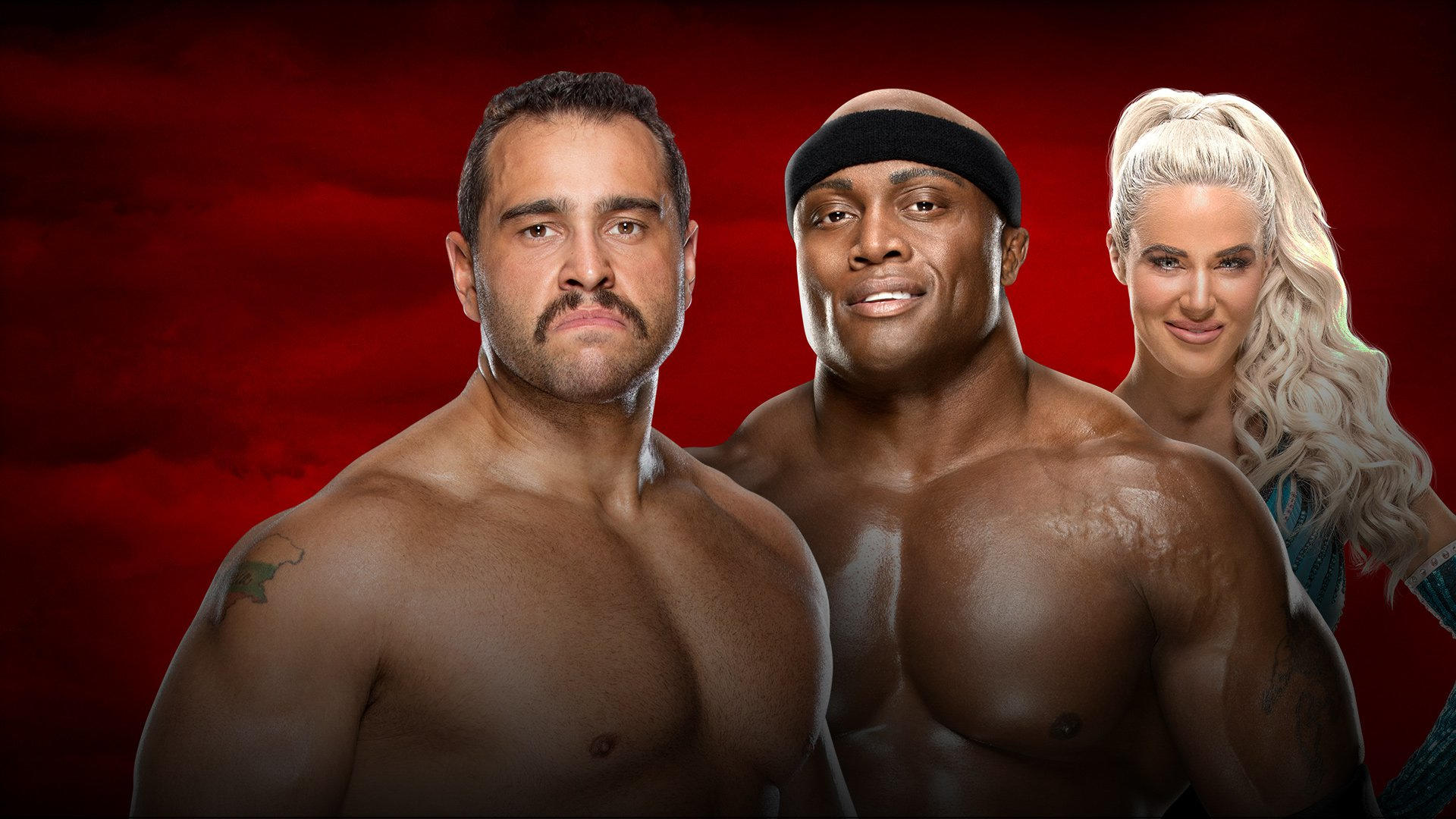 Steve: Vince has always had a weird thing about real life couples. If you look at his history with dealing with certain couples (Hardy/Lita/Edge, Mero/Sable and Morrison/Melina come to mind), it’s questionable at best. I’ve seen everything from the worst thing the company has ever done, to the most entertaining thing on television when it comes to this story. At the very least, it’s getting the crowd 100% behind Rusev. Not that they weren’t already, but now WWE can say it was THEM that got Rusev over. This has potential to be a fun hossy sprint. I think the big question on everyone’s mind has to be will Rusev put his own wife through a table? My guess is no, but I also think she may eat a Lashley spear through one. Prediction: Rusev

Steve: I’m not sure TBD has a chance in this, whoever it is. The Viking Raiders have been getting over with their in ring work and intensity, but they have yet to have that truly great, breakout match. Put the Street Profits in there, give them 12-15 minutes, and let them all shine! Prediction: The Viking Raiders