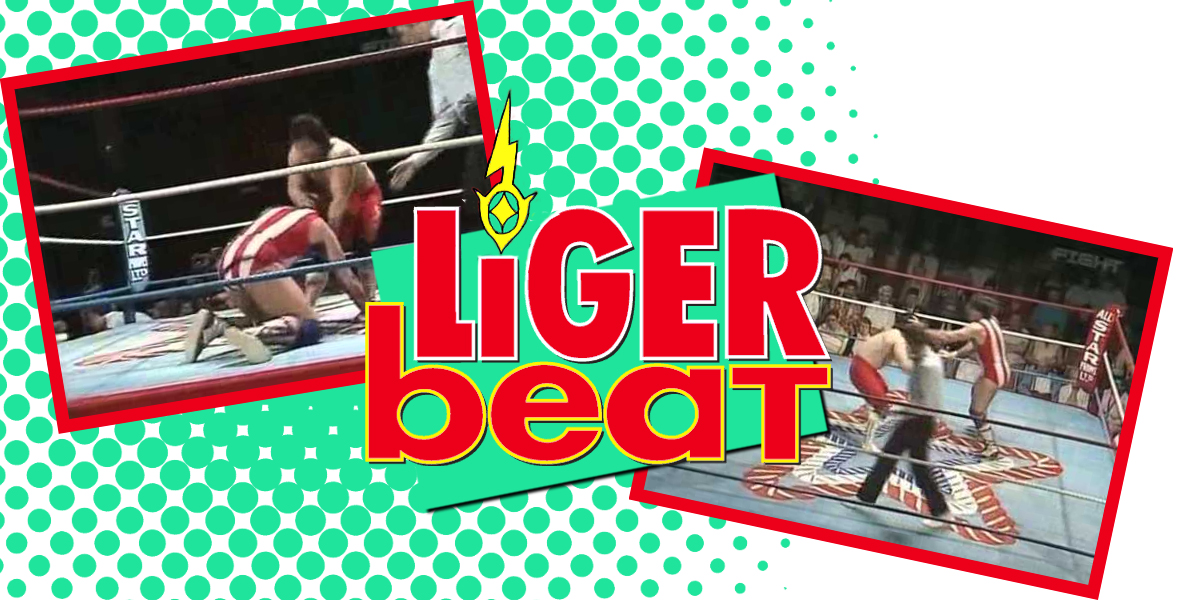 Considering the strong foundation of the foreign gaijin being defeated by the native that is part and parcel of the storytelling of puroresu, the promotions in Japan have for many years valued excursions that have sent their talents out into the wider wrestling world in order to learn. Sending wrestlers into other cultures was a rite of passage for many a young lion, with the ultimate goal of coming back a better worker who was able to incorporate elements of myriad wrestling styles within their work. Often, this was coupled with a renewed focus on the wrestler within their ‘home’ promotion – a new gimmick, a push beyond the opener, a chance to showcase a new set of skills.

Keiichi Yamada (or Fuji Yamada as he would become known) took his first tentative steps outside of New Japan two years into his wrestling career. Having won the Young Lion Cup, it felt like a natural progression for him; a way of creating a clear delineation between his time as debutant and an eventual title challenger even before his run as Jushin Liger. Packing his bags, the eventual ‘Flying’ Fuji Yamada spent time in both 1986 and 1987 developing his trade with All-Star Wrestling based in England.

The UK style, focusing often on hold and counter hold, reversal and submission, would have allowed Yamada to develop his ground game upon which the Junior Heavyweight style he championed during his career was often built upon. He could fly, that was for sure, but he was able to get things done on the mat too. For Yamada, it helped that one of the most significant heels working for All-Star was Mark ‘Rollerball’ Rocco, a known entity from his time working in New Japan as Black Tiger. The two had met at least five times in singles combat in a Japanese ring; their conflict was about to go international as they battled over the World Mid-Heavyweight Title on UK soil.

Not only did Yamada get the opportunity to wrestle abroad and develop his in-ring style, it was the first run with a title belt of his career. He defeated Rocco for the World Mid-Heavyweight Title, before inevitably losing it back to Rocco shortly before his first excursion ended. Unsurprisingly, the start of his second visit saw the two men lock horns once more, Yamada regaining the belt and Rocco once more required to chase.

During a time where broad brush stroke approaches to gimmicks involving people from ‘the Orient’ were a concern (and almost always painted the wrestler as a heel to the fans), Yamada was at least given the role of being the babyface even if elements such as carrying a sword to ringside still tapped into these stereotypical ideas about men from Japan. Arguably, they couldn’t really do anything else. In an era where UK wrestling could veer from the technically sublime to the outright ridiculous, Yamada brought with him a style that was exciting, full of flying and high spots. The fans got behind him, helped ably by Rocco’s dastardly ways.

The rematch for the World Mid-Heavyweight Title ended up being shown on World of Sport, the recognized purveyor of British wrestling at this time. Though it was a match in which Yamada lost 2 falls to 1 in Round Seven, it ably highlighted the quality of work that Yamada was already displaying, whilst showcasing his act within a very different set-up from what he was used to. The round system told mini-stories; worked around peaks and troughs in the action; bursts of movement and slower exchanges. Yamada never looked for once out of place.

The first two rounds established that Yamada was able to go with Rocco, before things burst into action in the third round. After Rocco threw Yamada out of an abdominal stretch post-bell for the end of the second round, Yamada unleashed upon his opponent a controlled frenzy of offense. A cartwheel back elbow, a snap suplex and a top rope elbow drop were fresh, exciting and dangerous moves that were rare if entirely unique within this setting. The last two were somewhat sloppy in execution; Yamada wasn’t yet the wrestler he would eventually become. With this framework of technique and athleticism, Rocco was able to add the rule-bending and breaking that helped mold the match into something truly engaging. Striking illegally and calling out both Antonio Inoki and Riki Choshu in the midst of submissions were brilliant little bits of color to the contest.

In a reversal of what might have been expected due to the heel/face dynamic, Yamada actually took the first fall with a beautifully executed German suplex with bridge in the fourth round. Sensing blood in the water, a hangman’s neckbreaker and falling headbutt from Yamada looked to press home the advantage in the fifth, but what appeared to be a call back to their previous contest saw him miss the Yamada Special, a crossbody off of the second rope.

Still, Yamada continued to wow the audience in attendance and the many watching at home as he responded to this set back with a top rope dropkick moments later. It took Rocco removing the turnbuckle cover between the rounds of five and six to halt Yamada’s momentum; an Irish whip into the metal behind the padding served as a prelude to an over the shoulder backbreaker and a butterfly suplex to square things at one apiece.

The fire seemed to die out at this point for Yamada. In a simple but effective piece of storytelling, Rocco blocked a German suplex attempt in the seventh round, dropping Yamada shortly afterward with a tombstone piledriver. Even with Rocco landing his best shot, Yamada almost kicked out at three, but the ref’s hand hit the mat to signal a new champion.

It was after this second excursion that Yamada began his ascension up the card to challenge for the IWGP Junior Heavyweight Title. Coupled with the work done in New Japan, trips like this to the UK and later ones to Stampede helped Yamada to develop his abilities within the ring, whether in terms of the holds he worked or how he engaged with the audience. They formed a foundation upon which Yamada was able to continue building, eventually leading to the blue touch paper being lit when he became Liger in 1989. These were the moments that molded Liger into the wrestler he became, creating the legacy we choose to celebrate.