If this match happened a week ago, I’d probably bury it deep below the Earth’s core but it’s the opener of the World Tag League 2019’s final night and I’m in a good mood. This had some charm to it but it still didn’t take away from how washed nearly 75% of the people in this match are. I also thought the result was a little egregious, why should Nagata and Nakanishi get a win here? This team has been the bane of my WTL existence. **1/2

To kick this one off, there was a pretty funny comedy spot where Colt and Fale did a test of strength and Yano kept going through Colt’s legs and punching Fale to give Colt the upper hand. After that, however, it reverted back to the same lame spots with the turnbuckles. Thankfully it didn’t last very long and Colt finished off his Tag League with another pinfall. **1/2

This was a pretty fun match. Shingo and Cobb have pretty good chemistry and now I want to watch them have another singles match. I really hope they don’t stick Mikey back in cold singles matches, I think he’s really found his footing as a tag guy which is surprising considering his most successful runs throughout his career. Terrible did get better throughout this tournament as well and was kind of decent here. Disappointing end here for Shingo, who halfway through the year was a wrestler of the year contender and post G1 has dropped off a fair way although to no fault of his own. ***1/4

The second pretty good match in a row here at the final night of the World Tag League and it was really Henare and Fredericks doing all the cool stuff for their teams – much like its been all tournament. Henare has busted his ass all tour long and ate pin after pin so it was nice to see him pick up the fall here. Post-match Jericho sent in a threatening video package to Tanahashi telling him that January 5 will be his last math. Good stuff. ***1/4

The whole presentation of this match and its post-match angle was great so I’ll rate them as one single entity. The match itself was really good, three mean dudes and Yujiro going for each other. Suzuki and Archer have been such an awesome team in this tournament, I hope we see more of it going forward. KENTA showed a lot more effort in this than he generally has this tour. Following the Archer killing Yujiro with EDB Claw to win, Jon Moxleys music hit and actually appeared and came to the ring to give both Archer and Suzuki a Death Rider each. Mox challenged Archer to a Texas Death Match for the US title at the dome and then proceeded to have a great brawl with him. From the opening bell to Mox and Archer going backstage this was great. ****

Okada vs. Ibushi is so cold. There is a feeling similar to that of the build for WrestleKingdom 8 where the fans wanted the Tanahashi/Okada match over Naito, here it feels like they want the Okada/Naito match. This is evident in the reactions or lack thereof that Ibushi is receiving. He did finally did something interesting though in the post-match here, clocking Okada in the head with briefcase – a really great looking shot and attacked him all the way backstage. Following that with Liger still in the ring, Ryu Lee FKA Dragon Lee came on the screen challenging Liger, Liger also indirectly brought up want Hiromu too. No star rating for this one but the post-match stuff was great. After the match, it was announced that Ryu Lee and Hiromu Takahashi will face Liger and Naoki Sano on January 5 for Liger’s last match.

This was very much just a wrestling match until Tanga Loa locked YOSHI-HASHI in the OJK and this is what happens when you build up a move well. I was terrified that YOSHI-HASHI would tap which would lead to the undesired WTL result. I was the edge of my seat hoping they would beat YOSHI-HASHI, he was such a good under dog here and when he rolled Tanga a warm wash came over me. Full credit to these guys for the last five minutes of this hooking in me in big time and for that it gets. ***

Man, oh man this was so great!

It started slowish but it was a very deliberate pace to build this up. There were callbacks for both these teams, using moves that have won them matches earlier in the tournament that didn’t work, which made for great dramatic moments. We know how great, EVIL, SANADA and Juice are but this was a star-making performance for David Finlay who was awesome in this match and who actually ended up picking up the pinfall for his team, winning Finjuice the 2019 World Tag League. All the babyfaces came out after with an esky of Zima to celebrate the victory. A really nice, feel-good moment to wrap up the tournament. ****1/4

Some really good matches, great angles to build towards the biggest show of the year (Wrestle Kingdom) and a fantastic main event to cap off NJPW World Tag League 2019. As a whole the tournament had some really high peaks but most of the body was just very blah. Cutting some teams and moving back to two blocks is what I would do next year but thats a whole year away and I’m not thinking about this tour till then. 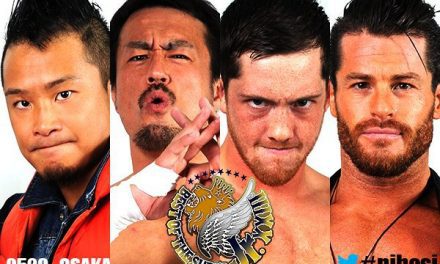 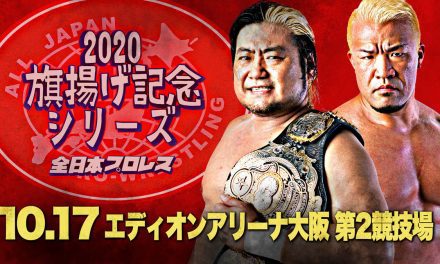 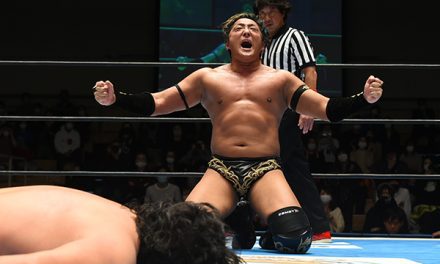