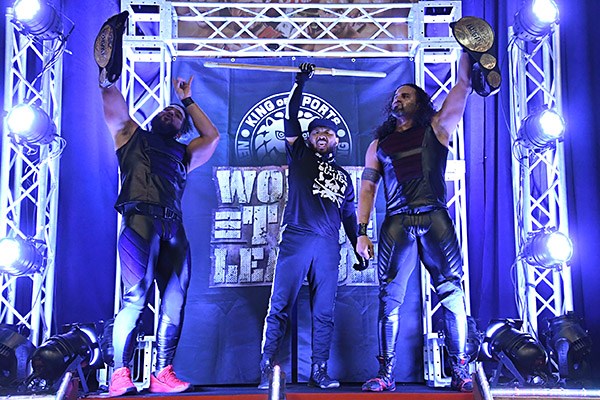 In a tour that has gone on for too long, in which I have watched the same 16 teams predominantly wrestle the same type of match 10-11 times, this was a little refreshing. Suzuki and Archer jumped Goto and Fredericks which lead to a really nice Archer and Fredericks exchange, they have really great chemistry together. Suzuki puts Fredericks away with the Gotch Style Piledriver to keep them alive in the tournament. ***

Again, this was a perfectly fine wrestling match between two teams that have been eliminated from the tournament but when I’ve seen 80 odd of these tournament matches this type of match is just numbing. The crowd was pretty dead for this, which will become a common theme for the night and of course that never helps. It’s such a shame Dangerous Tekkerz are eliminated, they’ve been a pretty consistent beacon of pretty good matches all tour and would’ve been nice to see them somewhat rewarded. **3/4

I’ve been trashing Honma for a few shows in a row now but I have to give him credit, the crowd still loves him. This crowd, however, didn’t love anything enough to make noise for an extended period of time. The non-regular members of this roster like Cobb and Nichols really suffer when the crowd is quiet, which is a shame because it felt like they really started to get a connection with the live crowds. **1/2

The one take away from this one is that Yano and Colt are surprisingly one of the few teams still alive with five nights to go and not only are they still alive, they’re well and truly in the mix. They do have one more bye while the other leaders of no byes left, interesting to see how this team finishes the tournament off. **3/4

The league leaders coming up against a team that’s well and truly eliminated. This was pretty good, EVIL and SANADA have had by far and away from the highest highs of this tournament and have been pretty consistent across the board. Henare has been an absolute workhorse across this tour as well despite being pinned left, right and center. You can add EVIL v Henare to the list of singles matches Henare has made me want to see. Good match, but nothing to ride home about. ***1/4

This was disappointing, I didn’t expect any MOTY contender here but this wasn’t even good. I mean it was fine, it wasn’t bad it just had no energy. There was a lot of Yujiro in this and that can zap energy at the best of times. It just feels like a lot of these guys, the eliminated teams, in particular, are just going through the motions, waiting for the tour to end. Hopefully, Ishii and YOSHI-HASHI just had an off day and will bring it for the last few nights. **3/4

I like that Tanga Loa is using getting the OJK over, using it to win in the last 5 or so matches. The most interesting thing about this match, like so many of the other matches on this show, was the result. G.O.D now join Finjuice, Ishii and YOSHI-HASHI and Yano and Colt on equal second place with many of these teams yet to face each other, which creates an interesting scenario. This has been the most interesting the heavyweight tag title scene has been for a while, it’s just a shame these shows have begun to really waiver in the quality. ***

This show was really rough, shortlist for the worst show of the tour. It wasn’t even supported by a great main event this time and as a result, has absolutely nothing worth your time. 6 teams remain alive and 4 of them face off on the final night so with no real stake for the next 4 shows before the final, I am worried about the quality of these shows. 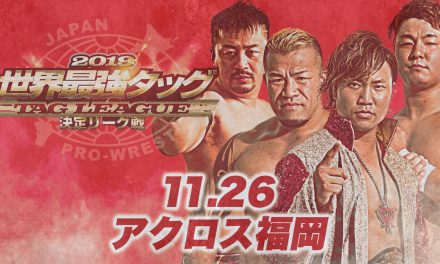 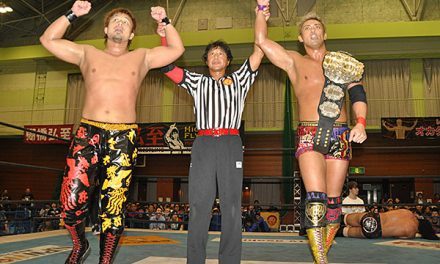