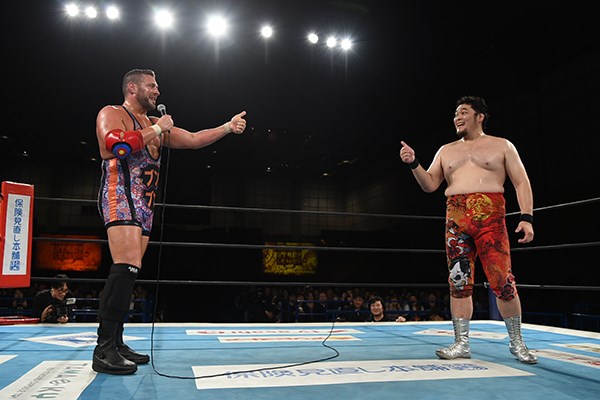 The stock/standard opener, really nothing to see here. Fredericks is great but being a Young Lion is obviously limiting. Goto and Shingo have great chemistry but they were sort of just going through the motions here. Terrible got his first fall of the tournament with a Big Splash, congratulations Terrible. **1/2

Ishii and YH have busted into an outright lead with this victory, will they keep by nights end? that remains to be seen. Nagata and Nakanishi are severely endangered, another loss or an Ishii/YH win sends them packing. Part of me wished once they were mathematically eliminated they wouldn’t wrestle their remaining matches, but alas the forward march of these Nakanishi matches must continue. **1/4

This was a really fun match. Suzuki looks to be winding down his career so why not make him a tag guy, he and Archer have been great this tour, god knows he’d add some legitimacy and much need star power to that division. Archer did the machine gun chops on Kojima, I don’t know why but I always get a rise of guys stealing their opponent’s moves. Really good strong match. ***1/2

Another really strong match. As I said in my night 8 review, Cobb and Nichols are starting to gel really nicely as a team and Nichols looks a lot more assured of himself. Finjuice is great as always and always keeps their matches to an enjoyable yet realistic pace and this was no different. The more they do that Left Hand of God-Stunner-Pulp Friction combo the more I want to see them do it to G.O.D at the dome to win the tag titles, so good build-up of a finisher. This win puts them on 14 points and equal top with Ishii & YOSHI-HASHI, both of these teams have a bye left whereas most of there opposition has not had any. Gives them some nice breathing room. ***1/2

I’ll keep this one short and sweet. This was really rough for Honma unfortunately. Looked slow and uncoordinated, honestly close to the worst he’s looked since the neck injury. Hate to see it but injuries and age are an athlete’s worst enemy and Honma needs to think long and hard about what’s best for his life moving forward, or someone else needs to sit him down. He was in the match for what felt like all of it in this one and really effected the quality of it. **

I don’t know, I thought what is becoming the usual G.O.D goofiness in this was actually the best part. Tama running Fale all over the arena getting him puffed, pretty funny. The match itself was fine, but not particularly interesting. There was your usual Jado bullshit interference in this, which eventually led to the finish. Looks like Jado has passed down another one of his moves to G.O.D with Tanga Loa using the Crossface of Jado to submit Chase. **1/2

Not sure if this was the best match on the show, but it was the most entertaining. The Yano/Colt comedy was funny/inoffensive without becoming overbearing and EVIL and SANADA were great foils for them, even adding a splash of their own comedy but still making it align with their characters. Yano and Colt hand the LIJ duo their first loss of the tournament meaning they fall to outright second on the table, they have had all their byes though however so they have an extra matchup their sleeve compared to their rivals. ***1/2

Pretty boring show again, but nowhere near as glum as Night 8. I wouldn’t recommend anything on this show, however, if you are really hankering for some New Japan, the three matches that I gave ***1/2 on should tie you over. 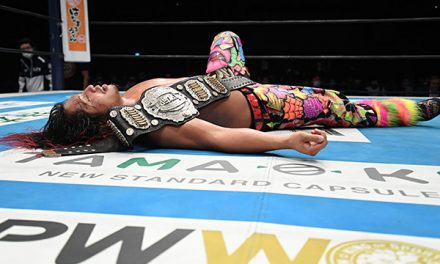 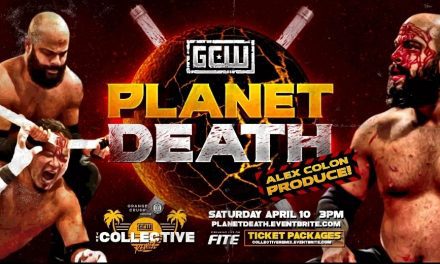 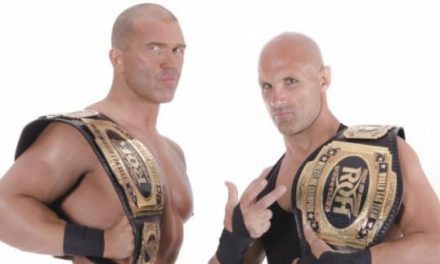