Lee and Yoshitatsu started off and did some decent mat wrestling and reversals. We then got Nomura vs. Redman which is always a solid matchup, they had a great match this year in the Champion Carnival. They didn’t disappoint. Nomura always takes Redman’s British style offense, reversals and holds well.

Redman became the target and got worked over. The work was all solid, but given the length of the match, they could have sped things up earlier. When they finally do turn up the speed, Yoshitatsu botches a couple of things, but Nomura, aspiring wrestling god that he is, managed to cover for them quite well.

Things did end up picking up nicely, and it came down to Lee and Redman. Lee was going to finish off Redman with a knee, but Redman rolled him up for the surprise win, one of the biggest wins Redman has gotten in AJPW. One World finally gets a win in the tournament. ***1/4

Fukuoka is Miyahara’s hometown so of course, he got a tremendous response coming out.

The story early on here was Miyahara and Zeus going at each other. Miyahara bent the rules a little bit to try to take out Zeus on Aoyagi’s behalf. Zeus returned the favor by dragging Miyahara into the crowd and beating him up there.

This was also a really smartly paced match. Lots of action early, and the stories in the match were set up. Miyahara and Zeus want to kill each other, while Sai was stretching out Aoyagi.

This was one of those matches that didn’t feel like it went over 20 minutes. The action peaked at the right time and we got plenty of near falls. Everyone looked great here.

Zeus and Sai unloaded a bunch of offense on Miyahara but the Triple Crown champion looked to be in a bad spot. Miyahara eventually managed to turn the tables and pin Zeus with the Shutdown German Suplex, in a finishing sequence that resembled their many great singles matches against each other. Miyahara and Aoyagi are making a late in the year run for tag team of the year. ****

Another great night of the tournament. Miyahara drew a solid 542 in his hometown. The venue didn’t look like that many more people could have fit in there.

Some weird booking of the World Tag Team Champions. Zeus and Sai are 2-4 with only three matches left. They can only finish with 10 points, and a record barely above .500. They could use some more momentum. While I don’t think they are winning this tournament, they need to look credible against whoever wins and faces them for the tag titles on January 2. But judging by the standing right now, there is a good chance that the rankings will be crowded at the top and middle by the end of the tournament. 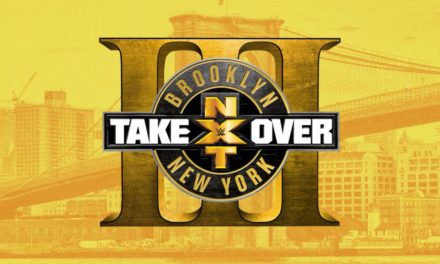