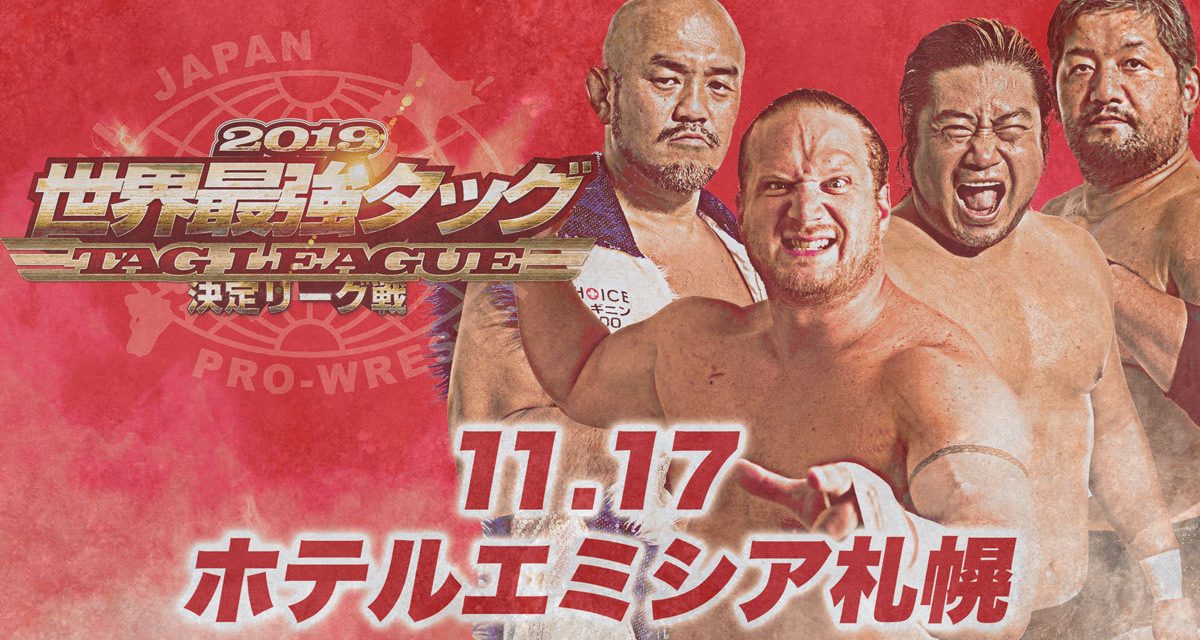 This began differently than most The End matches. We got some mat wrestling from Redman and Odinson to start things out. Redman’s British mat wrestling style was over with the crowd. The match then settled into a traditional tag team formula with both Parrow and Odinson working over Redman for a while, until we got the hot tag to Yoshitatsu and a big pop for it.

After One World finally, in control for an extended period, The End managed to gain the advantage and hit a Hell on Earth (like the Doomsday Device but with a Spinning European Uppercut instead of a Lariat) on Redman and Odinson pinned him. This told a simple story but was lots of fun. ***1/4

Finally our first taste of the Akiyama and Doering tag team in this tournament. While I am a big Dylan James fan, I was pumped to see that Akiyama was going to be his replacement. Uncle Jun did not disappoint as his opening match sequences against Ishikawa were great. Akiyama even ate a Double Footstomp from the apron to the floor from Ishikawa.

The formula here was a lot like the previous match. Akiyama got worked over a lot then made the hot tag to Doering.

We got a couple of near falls on each team before Doering put away SUWAMA with a Revolution Bomb, keeping their long-running, but lately simmering feud going. This was great and a strong debut for the Akiyama and Doering team. And with Violent Giants vowing to break up if they don’t win the tournament, losses, even early on in the tournament, have an added sense of drama. ***1/2

Sai and Lee began with some shoot-style stuff to start us off. Zeus and Nomura were tagged in not long after and tore the place up for a bit. They have great chemistry together.

Unlike the two previous matches, this one was back-and-forth early on with lots of tags from both teams. Sai, who I am cold on often, was great here bringing lots of stiff strikes, but never overstaying his welcome as the legal man for his team.

We got a great extended Zeus vs. Nomura exchange that led to the end. Both guys got near falls on one another and the crowd was popping big time for them. Zeus finally puts Nomura away with the Jackhammer after a Lariat and Chokeslam failed to do it. Great stuff, but Jake Lee did feel like an afterthought in all of this. My match of the tournament so far. ****

Best night of the tournament so far. With Jake Lee announcing the disbandment of his faction SWEEPER, of which he and Sai were members, it looks like we are getting some storylines that will take us through the rest of the tournament and beyond. 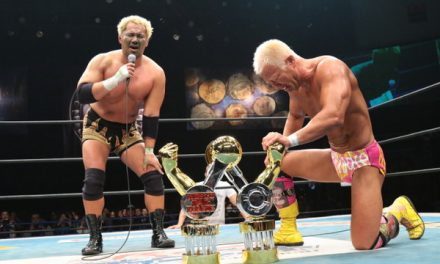