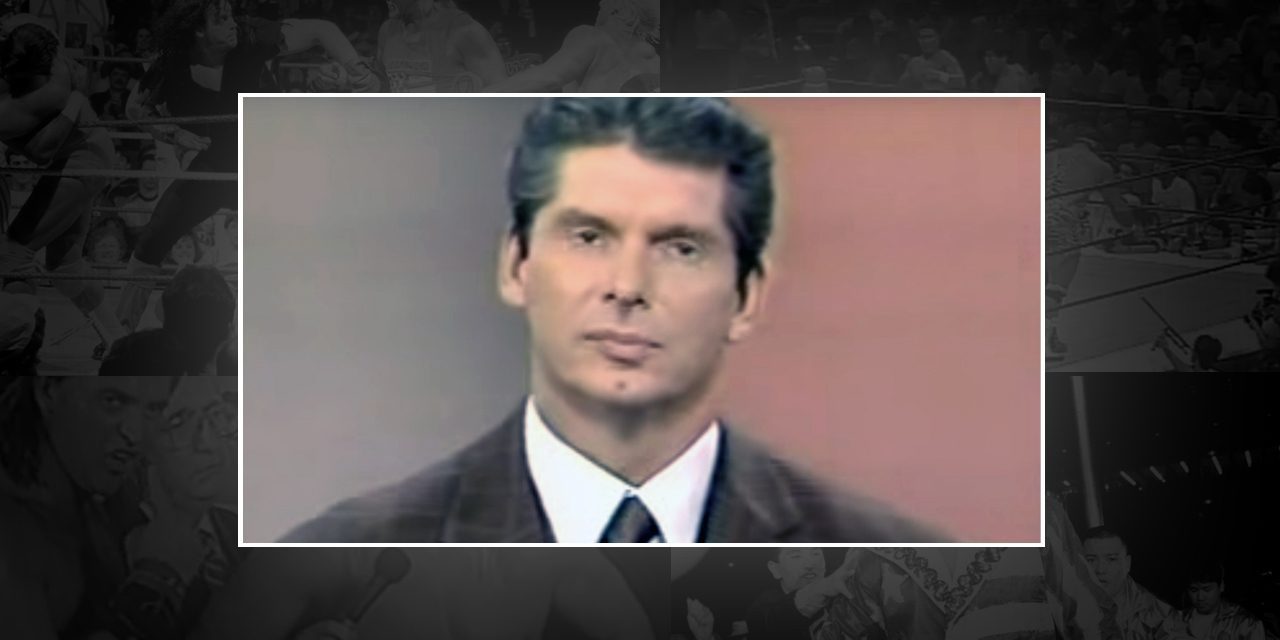 The collection of matches and segments I am watching for this series come from a 1992 Yearbook created by Goodhelmet, a longtime poster at the Death Valley Driver Forum and other wrestling places. A cross-section of the best (and worst of wrestling within a certain year), it is a great snapshot of everything of importance. This article covers footage from the March 14-16

With 1992 approaching mid-February, it is unsurprising that things are mainly taken over with WrestleMania shilling in the world of the WWF. However, the word of wrestling burst onto the mainstream in a way that couldn’t have been wanted as part of the Yearbook collection includes the episode of Donahue that covered the gay sex scandals that beset the WWF, amongst other things.

Starting with where the WWF was getting things right – the build-up to Mania. A WWF Update led by Gene Okerlund showcased a press conference in which Hulk Hogan arrived via a huge coach, Ric Flair by limousine. Either way, this, and the resulting verbals between Hogan and Sid, made everything feel like a really big deal. What also made things feel like a big deal was the following interview between Vince McMahon and Flair in which you saw moralistic McMahon rallying against what he considered the ‘filth’ of Flair’s allegations against Elizabeth. Flair plays the sleazeball to its best, brandishing more photos and also claiming that the temperature in Liz’s ‘pool’ is second to none.

Perhaps even more effective in selling the feud is the Randy Savage promo with Gene Okerlund that followed later in the same show. Well, I say promo – Savage’s eyes and neck bulging as he repeated the phrase ‘NOT TRUE!’ in Okerlund’s face to everything that Mean Gene was saying wasn’t exactly a promo, but it definitely sold just how unhinged this had made Savage feel.

My effusive praise for the Jake Roberts promo a couple of weeks back was somewhat dampened as I saw him play out the same bits about clubbing seals in an interview with Gene Okerlund. However, Roberts was ever engaging, speaking about how Undertaker couldn’t walk the edge like Roberts could, as well as how the foreplay of the casket slamming on the hand and the multiple chairshots were all getting him ready for Wrestlemania.

One of the first VHS tapes I remember owning about wrestling was WWF’s 1992 Year in Review tape. On that, Nailz played a more predominant role than he probably deserved in the grand scheme of things, thus making me feel like he was a much more significant deal than he ever was. A simple vignette in which he claims to have ‘DONE MY TIME, BOSSMAN’ is accompanied by footage of a prison and clinks of chains as Nailz will make his WWF debut soon.

Over to Memphis and another segment that wouldn’t really be fine to run with today saw Dirty White Girl excited to see the return of Dirty White Boy the following week. That he wasn’t there pretty much acted like a signal for Eric Embry to make his way out. After some back and forth, he forced himself on her twice, to the point where when she left, Dave Brown admonished Embry and told him to get in the ring or go away. Whenever the commentators are getting wound up in Memphis, you know things are getting heated.

Ironically, the next clip has the Dirty White Boy in Smokey Mountain Wrestling as he became the first client of Ron Wright. Nothing much to say about this as it is typical heel promo work, though the DWB is a great addition to really lean into the mock sincerity that Wright has been utilizing up until now.

Having seen a myriad of segments from SMW, the first match we get followed on from Rip Rogers and Tim Horner’s altercation the previous week. Rogers claimed that Horner owed him $500 and the commentary sold the idea that Rogers was going to take that much out on Horner. This was very by the numbers, but done well, with some nice additional touches such as a Rogers top rope axehandle to the outside and a Horner suicide dive of all things. Horner ends up taking advantage of a mid-ring collision, rolling to the outside and hitting a sunset flip – which Rogers fights all the way – for the win. Very competent and enjoyable because of it.

The Richard Morton versus Brian Pillman WCW match that followed is one that I feel would be helpful to know a bit more about the context, especially as Pillman comes out seriously fired up with an armdrag followed by a slap to the face. Both men used the ringpost – Pillman on Morton’s arm; Morton on Pillman’s leg – as things bubbled along, with each move leading to some targeted limb work. An awkward reverse headscissors by Pillman doesn’t look great and neither does the trip into a roll-up with bridge that he used in the finish (the same move that put Jushin Liger away at Superbrawl), but it doesn’t detract too much from a decent television encounter.

One of my favorite matches of all time is the upcoming WrestleMania match between Roddy Piper and Bret Hart. A facet of the match that sold it so much to me was Piper’s confliction over whether to cheat or not. I’d never seen any of the lead up to this match so watching a Piper/Hart confrontation with Gene Okerlund helped me realize how feasible Piper’s threatened heel turn was. In this segment, not only did Piper talk about how he couldn’t fight Hart at Wrestlemania, he was quick to switch gears when Hart suggested that this meant he had to forfeit the Intercontinental Title. There is a moment where Hart turned and Piper threatened to whack him with the belt that played wonderfully into what would happen at Wrestlemania and this is great work by both men. The segment finished with Piper proclaiming ‘I would have had you, Bret’ and the seed is planted going forward.

The biggest deal in terms of this period of time and arguably the whole year thus far was the appearance of Vince McMahon on Donahue to discuss allegations of people in the company using their position to proposition talent for sex. Mel Phillips, Pat Patterson and Terry Garvin were the names implied in the scandal, with McMahon having to face Barry O, Murray Hodgson and another job guy from the 80s as they leveled the accusation that Vince had to have known what was going on in his own company.

This was fascinating viewing even now, with Vince barely suppressing his annoyance at times though generally coming across decent enough in what becomes a little too ‘he says, she says’ considering McMahon often returns to the fact that he couldn’t deal with what he didn’t know. His cut down of Hodgson as being ‘not very good’ was hilarious in particular. Donahue, whilst occasionally making it all about him, seemed to be trying to be even-handed, although he particularly had it in for Billy Graham who was also on the show. His presence conflated not only the sex scandal, but the steroid scandal as well.

Bruno Sammartino is another wrestler who had it in for Vince, talking about how he had often told McMahon to not put him in a car with anyone who might have been on any drugs. Most interestingly, especially in recent times, is Bruno talking up that there is no union, so anyone who stepped out of line would be blackballed and dead to the industry.

The wrestling media itself was represented by Dave Meltzer and John Arezzi, who both also came across pretty good in this setting. In talking about the closed circle that can be wrestling, Meltzer referenced by proxy the death of Bruiser Brody, whilst Arezzi’s big moment was announcing that Karate Kid, a midget wrestler, had revealed to him that he was a Patterson victim. Whilst the whole situation is horrible, having Arezzi talk about Kid chatting with ‘the king of the midgets’ naturally earned a laugh from the audience.

The person I came away most respecting out of all of this was Barry O, who was definitely the wrestler who came across the best. He was calm throughout it all, although his one bigger blow-up was at an audience member as he freely admitted that this signified the end of his career due to speaking out. The comments from the audience were somewhat telling as questions centered around how fake it was, how many homosexuals were in the business, and targeted the other men for blaming McMahon for what occurred.

Nothing out of the ordinary in terms of in-ring action this week, but for anyone who is interested in the legal struggles of the WWF during the early to mid-90s, the Donahue show is well worth a look.  I’ll be back with more wrestling action next week as That Was The Year That Was continues. Enjoy!