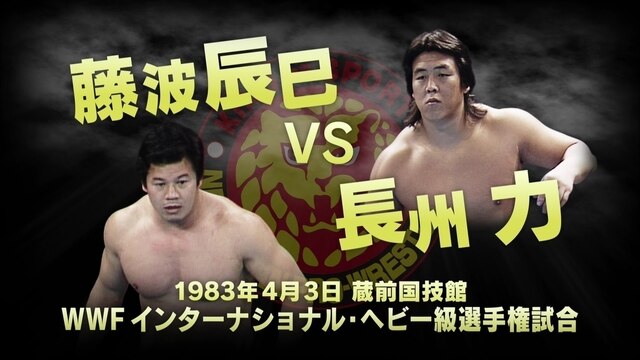 Welcome back everyone to another trip into The Lion’s Vault. I am still your friendly, neighborhood archivist and I hope that you are ready to dive back into the NJPW World Archives.

This week we will continue with our look back at the Tatsumi Fujinami/Riki Choshu feud, but we are also going to start a new journey where we visit the legendary career of Jushin Thunder Liger. With the recent announcement that Liger’s first Wrestle Kingdom retirement match will be an eight-man tag featuring wrestlers who have played important roles in his career, it seems only natural that this column should use NJPW World as a way to revisit matches showcasing Liger’s work with each of the participating wrestlers. We are going to begin our Liger tribute by travelling back to April 24, 1989, when a young Keiichi Yamada was set to debut his Jushin Liger persona against Kuniaki Kobayashi (who will be a ring second during the upcoming retirement match).

Before we get to Liger/Kobayashi, let’s first travel back an additional six years so that we can see the next chapter of Tatsumi Fujinami versus Riki Choshu. 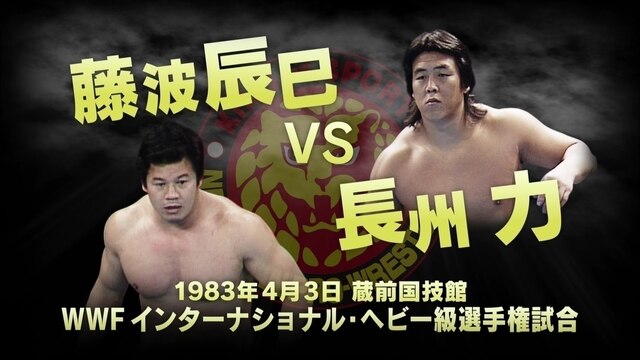 Spoiler Free Teaser: Fujinami and Choshu continue their feud with another hard hitting battle over the WWF International Heavyweight Championship. While a similar structure to their previous match (short, hard hitting, visible disdain for each other), this does not come off as simply a second iteration due to character development and story progression. ***¾

This is the first singles bout between these two since their November 4, 1982 match where Fujinami retained the title after Choshu was disqualified for throwing him over the ring barrier into the crowd. Since that match Choshu has continued to grow out his glorious mullet, Fujinami has added some more mass as he continues his evolution into a heavyweight, and perhaps most importantly Choshu is now heading Ishin Gundan (Revolutionary Army), a stable that during its early run included Masa Saito, Killer Khan, and Animal Hamaguchi…the latter choosing to leave the Shin Kokusai Gundan stable (New International Army) to join with Choshu. During the past few months members of Ishin Gundan were squaring off against the likes of Inoki, Fujinami, Sakaguchi, and others at the top of NJPW cards, with this match marking one of the first major singles bouts between the two groups.

Both men receive loud cheers from the crowd during their respective introductions, and then we are off to a quick start as Choshu bowls over the referee to get to Fujinami before the bell even rings. A quick double lariat and the match essentially begins with both men trying to get their bearings as they lay on the mat. Similar to their previous encounter, after the initial flurry the match transitions into a strong grappling contest with neither man wanting to give an inch to their opponent. From my perspective the grappling is more engaging this time around, in part due to small touches like Choshu deciding to lay into Fujinami on rope breaks. Throughout all of this Choshu is the aggressor in the match, constantly looking for an opportunity to land a bigger move and for the most part keeping Fujinami on the defensive. All of this leads to our next transition when Choshu hits a big kneebreaker on Fujinami and begins to work over his leg. Perhaps feeling a sense of desperation Fujinami responds with his first burst of high impact offense, which ultimately gives Choshu an opening to catch him with a big backdrop driver.

Having taken control of the match, Choshu applies the Sasore-gatami (Sharpshooter) twice in the middle of the ring, with each time Fujinami having to fight to secure a rope break. Fujinami looks done at this point but manages to switch back to a more defensive strategy to hold off Choshu. Eventually they both end up outside the ring where Choshu lands a huge lariat, and then in my favorite spot of the match Choshu tries to suplex Fujinami back into the ring, but Fujinami is able to flip out and land an absolutely picture perfect bridging German Suplex for a near fall. That kicks off a fun finishing sequence that ends just moments later when Choshu lands another lariat and just barely holds Fujinami down for the three count and the title!

Choshu celebrates his newly won title with Masa Saito, but then Fujinami gets in his face and is obviously upset about the outcome (not sure the exact details of it, but based on the finish I guess that he feels that he got his shoulders off the mat before the three count). Choshu is kind enough to inform Fujinami that he should stop whining because he lost, and then continues celebrating his victory.

Match Rating ***¾ – Let’s begin with the most important development from this match, which is recognizing that the WWF International Heavyweight title looks like it was designed to go with Choshu’s black shorts/white boots combination. I mean it just pops when he wears it around his waist. As for the match itself, I mostly feel that it was a better worked version of their previous encounter with the hot start → grappling exchanges → bombs/finishing sequence. That said, I thought the one notable difference was how much more Choshu controlled the action. This time he attacked first, he was the aggressor during the grappling, he hit the first big move, and ultimately he earned the victory and the championship. It is important to note that Fujinami still got to look credible in the match, and had some great moments, but ultimately this match was Choshu’s. As someone who did not watch this live, and who does not speak Japanese, I will not pretend to know what this match meant for Choshu in real time…but watching it in 2019…well, this felt like the match that cemented Choshu as a top level player. Yes, he was already leading the hot stable at the top of cards before this and was over with crowds, but here he cleanly defeated NJPW’s golden boy in the middle of the ring for his championship…and that championship added fuel and credibility to Choushu’s revolution. 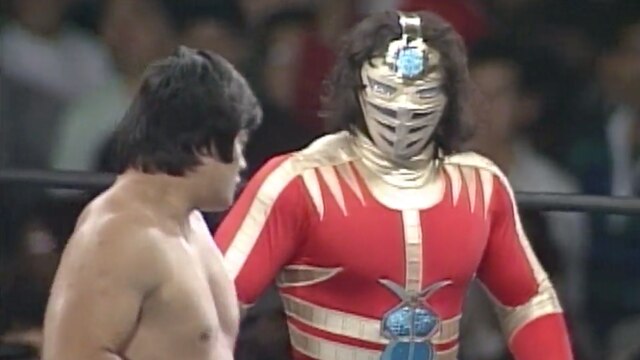 Spoiler Free Teaser: This is it, the debut of the Jushin Liger character. A ten minute match with some rough edges, but ultimately both wrestlers do their jobs pretty damn well, with Kobayashi playing a good foil and base, and Liger looking like a star. While Liger would evolve quite considerably over the next three decades, current fans will see familiar moves and character traits in this debut match. ***½

And so begins our countdown. In one corner we have Keiichi Yamada debuting under his Jushin Liger persona. Yamada had just completed an overseas excursion, and upon returning to his home promotion was charged with portraying a character from a new anime superhero series Jushin Liger in hopes of creating a crossover star (basically another version of the Tiger Mask path to stardom). The costume is not yet the iconic “Thunder” version of the character, but it does a quality job of replicating the look of the original anime. In the other corner we have Kuniaki Kobayashi, a trusted veteran at this point in his career, and someone who I think might be the most under-appreciated junior of his era. The match was given a big stage as we are in the Tokyo Dome, and it is part of a huge fourteen match card. Before the bell rings we can already anticipate what the match structure will look like, and there is doubt about who will emerge victorious…and so the intrigue lies with the question of can these two workers get over the Liger character right out of the gate.

Wanting to take this young, costumed upstart down a notch, Kobayashi comes out quick with a high kick attempt, but Liger quickly takes over and works a series of spots in quick succession to demonstrate his strength and agility. A big dive to the outside from Liger gets a good response from the crowd. Back in the ring and Kobayashi is able to control of the match with a series of kicks, and then he starts to work Liger over on the mat. Liger transitions into control and locks in the Romero Special, and then playing into the larger than life superhero nature of his character it is back to a go-go-go style of offense. Kobayashi tries to slow the pace by working the legs, and then really starts leaning into the heel schtick (attempted mask removals, low blow) which effectively rallies the crowd around Liger.

Despite Kobayashi’s best efforts he can’t keep Liger down, who lands the rolling koppo kick as we move to our finishing sequence that includes a tombstone piledriver (with a nice camera close-up that makes it look like Liger really did drive Kobayashi’s head into the mat), a semi-awkward twisting dive/shoulder block from the turnbuckle, and then a leg-captured bridging back suplex for the victory. After the match a pissed off Kobayashi attacks Liger again trying to rip his mask off. As the wrestlers are separated Liger partially raises his mask and spits at Kobayashi, which causes him to charge back in, at which point Liger takes him down and applies a leg bar. The two are separated again with Liger having proven himself and Kobayashi livid over what transpired.

Match Rating ***½ – From a pure in-ring work perspective this felt like a match that I would rate around three stars. The wrestlers moved at a good pace, they hit some nice looking moves, and the in-ring story resonated with the audience…but at the same time there were definitely some rough edges, including transitions and a couple of looking awkward spots that I assume were the result of Liger getting used to working under the mask. That said, this is undoubtedly better than a three-star match as they did the most important thing that they could do, which was to get the Liger character over on that night. The reality is you only get one chance to make a first impression, and these two put in a performance that made sure it was a good impression (see the Super Liger character debut for a good counter-example to this match). For the most part Liger looked like he was simply at a different level due to his quickness and innovative attacks, and was already showing some ability to emote to the fans despite being in a full bodysuit and mask. And it needs to be said that Kobayashi more than held up his end as well as he was a good base for Liger’s dives, played a heel role that helped rally the crowd around Liger, and kept things interesting when slowing down the match so that Liger could catch his breath before his next burst of offense. If you are a Liger fan and have never seen this match before I highly recommend that you take ten minutes to watch it now.

Alright, as we wrap this up let me once again thank you for going on this journey into New Japan’s past and remind you that you can track all of the matches that we feature at our Guide to The Lion’s Vault. Next week we are going to hit the pause button on the Fujinami/Choshu feud as we shift the main focus to our Liger tribute, but we will also make sure to spotlight other fun matches along the way. Until then, peace and happy wrestling watching to you all! 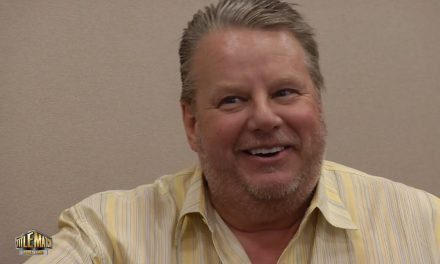 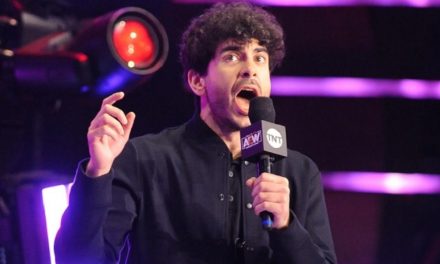 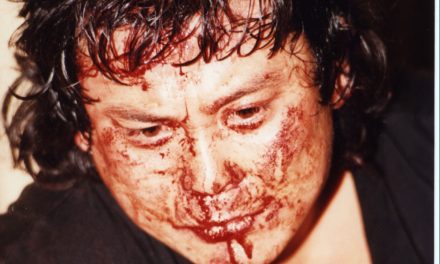