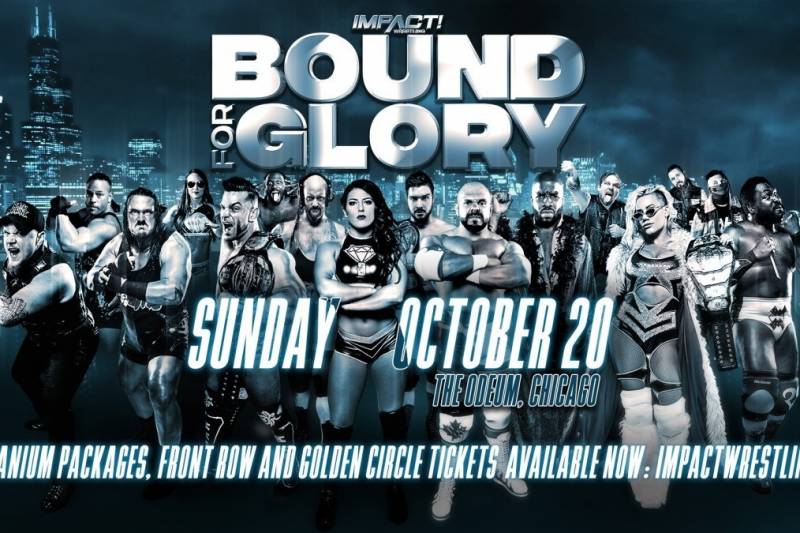 Traditionally billed as the promotion’s biggest show of the year, 2019’s edition aired from the Odeum Expo Center in Villa Park, Illinois and was headlined by Brian Cage vs Sami Callihan for Cage’s World title.

I am never quite sure how to break matches like this down. They are invariably long and an entrant-by-entrant description is no fun for anybody to read. In order to keep matches like this entertaining, especially at the start of a show, you need surprise, intrigue and fun, segmented stories that retain fan engagement. Impact somewhat managed to do that with Eddie Edwards working the tried and tested workhorse role from the number one spot, while entrants like Kylie Rae, Joey Ryan and Swoggle popped the crowd, even if their impact on me was mixed. By and large I thought this match worked, as it gave a lot of shine to Madman Fulton and Mahabali Shera, while Edwards winning was definitely the right call as he was the biggest name there in need of a push. **1/4

It feels somewhat strange that while on one hand, I think this was Tenille Dashwood’s best showing since joining the promotion, this was a very much a match that was just there. The work was decent and there was an intensity to both ladies’ work in places but the crowd didn’t seem super invested and some of the bigger moments, like the package piledriver on the apron, failed to come off in the way they probably wanted them to.

Some will dislike the finish, which saw John E. Bravo ejected, Taya attempt to use the chain he introduced and miss, Tenille then get conflicted about using it before Taya landed the knee and the Road to Valhalla to retain. While it was overbooked and I would have rather seen Taya’s lengthy reign come to an end, I personally liked it. I thought it added depth to Tenille’s character and gave the promotion an obvious avenue for a rematch, and one that can actually play off the two’s history. ***

Little touches in your presentation can often make the world of difference and I loved the fact that the North was the only tandem to get a combined entrance for this match. It played up the fact that they, the champions, were the only regular team in the match, with the others just singles guys and mates not involved in other programs. That dynamic was then presented well in the match, which, despite starting a little slow, really picked up down the stretch to turn into an entertaining contest.

.@TherealRVD just turned his back on @Rhyno313! But why? #BFG

Van Dam easily looked in the best shape he’s been in since returning to the company and as I suspected, both he and Rhino were able to deliver good performances because of the format. Rich Swann, meanwhile, bumped like crazy as he always does and was easily the star of the match, constantly keeping the crowd engaged with his excellent offense. The finish came when Van Dam turned on Rhino, a move that shocked the crowd and actually gives him something interesting to do if he’s sticking around, before beating up almost everyone else, allowing the North to hit the assisted spinebuster on Swann to retain. It was a shame to see Swann eat the pin, but this surpassed my expectations and presumably set up new programs for all involved, so good work. ***1/2

It is a shame that the crowd wasn’t as hot for this match as they were for others in the night because, in terms of a pure one-on-one contest, this was the best on the show. After some fun exchanges on the ground, these two emptied the tank to produce something that was entertaining and engaging.

The strikes were refreshingly stiff, the offense from both guys was crisp and impactful and both had their moments to shine. We got a bit of no-nonsense cocky prick Marufuji, which was great, and Elgin once again delivered his ‘big G1 performance’ in a featured spot. Although Maru kicked out of the Elgin Bomb, he did not have enough to stave off Elgin’s further offense, as the ‘Unbreakable’ one ended things with the Burning Hammer, which was a nice touch. It will be interesting to see where Elgin goes from here and I hope that Marufuji sticks around for a while because he’s a stud. ****

Ladder matches are given a rough ride by a lot of fans. Mainly because they have been done to death by major promotions, they no longer feel special, most of the offense feels repetitive even if the participants are different and some see them as thoroughly uninteresting. While I agree with some of that criticism, I thought the five wrestlers here absolutely killed it in the match of the night for my money.

While they didn’t reinvent the wheel or anything like that, they meshed very well and delivered a match that had excellent high spots, allowed everybody to shine and delivered a surprising conclusion. Ace Austin and Daga were able to get off some great dives, while cruise ship entertainer Jake Crist took some big bumps as usual. Tessa Blanchard showed her incredible evolution as a performer and character over the last year or so and Ace Romero took the opportunity afforded to him with both hands; the bump he took off the ladder through the table on the outside was ridiculous.

For me, the finish of this was like a neat little bow to tie things off superbly. Tessa overcame Jake and the rest of OvE, who has dogged her for months, and she looked poised to grab the title, a spot the crowd were very hot for, only for another foe to thwart her. While the stuff with Eddie Edwards has indisputably sucked, Austin is a guy with a ton of upside and I like the decision to give him the belt. ****1/4

Oh boy, this was a mess. The placement on the card didn’t help, but at over 10 minutes, this went far too long and sadly, they tried to deliver a standard wrestling match, which played to neither man’s strengths. Shamrock looked physically great and he worked hard, hitting a couple of big dives, a beautiful standing hurricanrana, and taking risks that he didn’t have to, but the constant interference and overbooking with Frank Trigg did neither of the participants any favors and only had the effect of completely taking me out of the match. Moose eventually won with the spear but I ultimately left feeling that he had gained nothing from the entire exercise. *

No Disqualification Match for the Impact World Championship

Although the previous match got the booking and layout all wrong in my eyes, Brian Cage and Sami Callihan closed the show with a fun, plunder brawl that looked absolutely like the build suggested it would.

Cage teed off on the OvE leader before the main event introductions and the two started out hot, trading big strikes and dives to the outside. Callihan was cut open early on by Cage biting him and raking the Wolverine claw over his face, which added a new wrinkle to the World Champion’s character and demonstrated his storyline hatred of Callihan, while it also seemingly created a greater sense of urgency in the match. Once the weapons got involved, Callihan started to get the upper hand, landing a big piledriver onto the elevated guardrail and then a running powerbomb onto its crumpled remains. He then landed another piledriver onto the thumbtacks, only for Cage to power out at one, hit a powerbomb and then the drill claw onto the same tacks to retain.

I liked the untold story of yet another person beating Callihan at his own game but the loss of the Tessa Blanchard factor ultimately impacted my enjoyment and engagement in two ways. Her failure to win the X-Division title and therefore cash in Option C made me more engaged with the match, but it also made the finish, with Cage retaining, seem more obvious. Still, this was a good return for Cage and another good showing for Callihan in a prominent position. ***1/2

As has become the norm, Impact Wrestling once again delivered a good show on PPV. It wasn’t a blow away event by any means but it featured two ****+ matches (potentially three if you were higher on the main event than I was) and they successfully told good stories throughout. Take the Moose/Shamrock mess out, or book it in a way that helps both guys, and replace it with the Rascalz vs Team AAA and you’re looking at a very good, rather than just good, show. 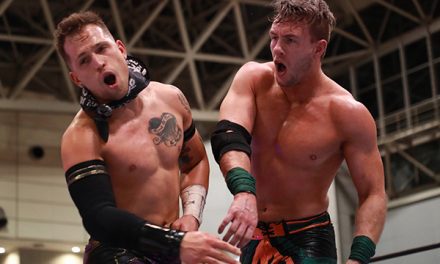 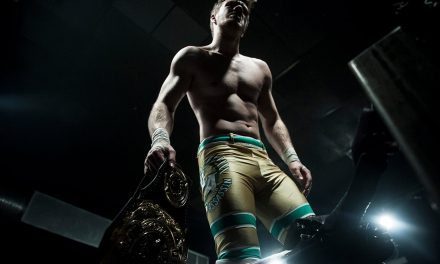