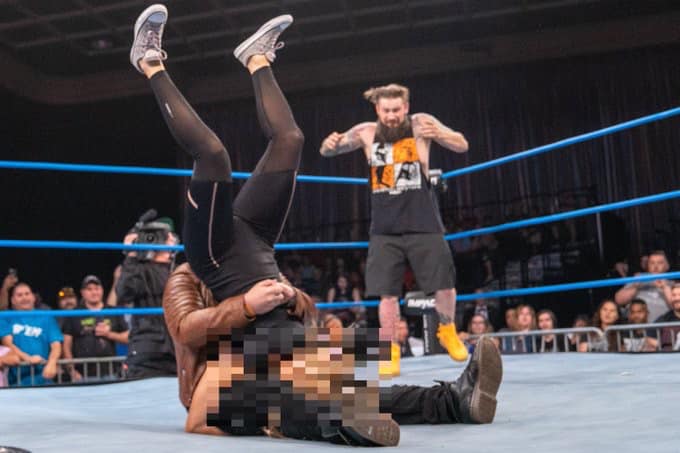 I have tried, over the last couple of weeks, to express a more positive outlook in this column. I have attempted to channel the energy of the changing wrestling landscape into finding the good in the bad. This week, that was an awful lot harder.

I know I am a cynic but most segments on this week’s Impact, aside from the final 20 minutes or so, either generated bemusement, annoyance or, worse still, apathy. On the penultimate show before your supposedly biggest PPV of the year, that simply shouldn’t happen.

Ace Austin and Eddie Edwards had a fun singles match to open the show, with Reno SCUM then taking Edwards out with a double stomp after the match. It seemed odd that they wouldn’t have a blowoff match to their feud, which has been prominently featured every week despite being atrocious storytelling, at the PPV, and the end seemed to be a potential way to bump Edwards out of action for a while as he makes a return to NOAH.

Then we had the Rascalz lose a six-man tag match to the Desi Hit Squad. The booking here seemed entirely counter-intuitive – the Rascalz have a six-man tag against Dr. Wagner Jr, Aerostar and Taurus at Bound for Glory, so why are they dropping a fall here to a team that is essentially the lowest-ranking trio in the company? Surely it would have been better to have them win a match and you know, cut a promo or something to add something to that six-man?

To those who will inevitably say ‘Oh but they had to keep pushing Shera for the Indian partnership’, I get that, but the Rascalz shouldn’t be losing when they have a featured slot on the PPV. How about you don’t book this match, you scrap the Jordynne Grace/Katie Forbes bout and you book both trios to win? In the words of Joe Lanza – ‘You book this’.

We also had Taya Valkyrie once again losing via DQ in a title match. I get what they’re going for but why not actually have her beat Havok. Champions, regardless of gimmick, should not be constantly ‘losing’. How about you run a distraction finish and then keep the post-match with Taya landing the belt shot on Havok and then Tenille Dashwood getting the upper hand? Again, that surely seems more logical.

Moose’s contest with Stephan Bonnar, while good in principle, seemed off and ultimately had the effect of making me less interested in his bout with Ken Shamrock at Bound for Glory. Still, Shamrock does look in absolutely fantastic condition for a man of his age.

Josh Mathews also announced that in Chicago there will be a 20-man gauntlet, with the winner getting a title shot of their choosing. A good concept, and a nice addition to the show, but surely that is something that should get more than 9 days promotion? If built well enough in advance, you can have various people announce themselves and call their shot. It doesn’t need a lot of spotlight, but in this landscape you need to advertise things properly and maximize the social media platforms available to you. Announcing it barely a week in advance does not do that.

Still, the whole show was not bad.

The main event tag team match was worked well and the crowd was hot for it. It gave Tessa a FOURTH pinfall victory over Jake Crist ahead of the X-Division title bout at Bound for Glory and it afforded Daga another platform to impress, which he did. The post-match stuff involving Brian Cage, Sami Callihan and Melissa Santos was well done and sets the scene for the World title match perfectly – it gives the match the intensity required and ensures that Cage can come out of the gate hot and their match can be the sprint it needs to be for it to hit that higher hear.

That said, the final 20 minutes of the show should not be the only high point in the penultimate show before Bound for Glory. Every moment of the TV time should be maximized to promote every match, get people interested and sell the show. In the grand scheme of things, the weekly TV has been worse at points this year, but producing an objectively ‘fine’ show, in this landscape, just is not good enough anymore. 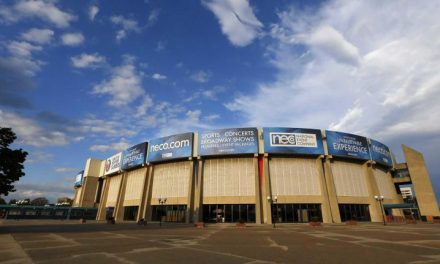 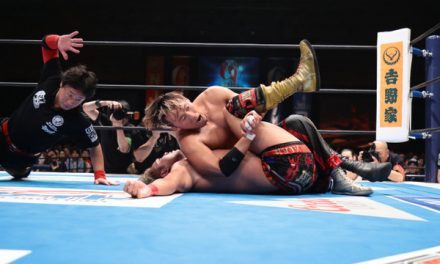