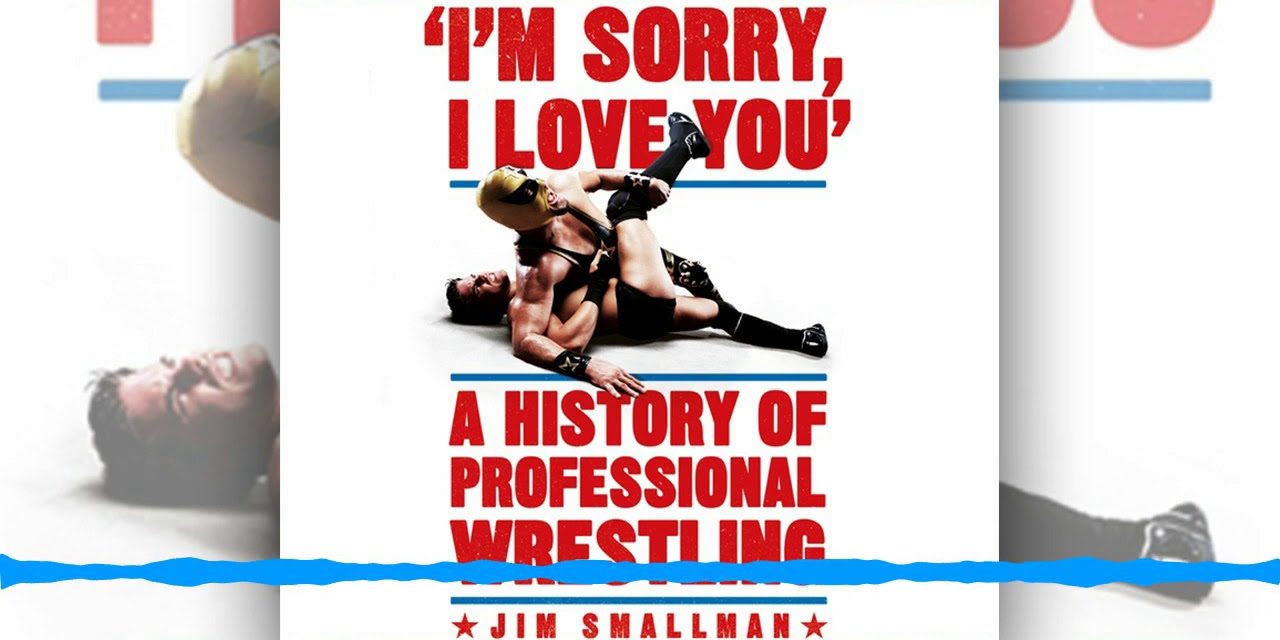 In trying to write a ‘History of Professional Wrestling’, Jim Smallman was always going to be covering a lot of ground in very short order. What we’re left with is a book that has its merits, but only for the right audience.

At times, it is worth questioning whether you are the target audience for a piece of media when judging it. When considering what a ‘wrestling fan’ is and what they might enjoy, any view that doesn’t try to consider the nuances and sheer breadth of the wider wrestling world can only ever be reductive in nature. Therefore, it is worth accepting that I am not necessarily the audience for ‘I’m Sorry, I Love You: A History of Professional Wrestling’, whilst also acknowledging that it would have its merits for a different group of wrestling fans.

An attempt to present the history of wrestling in a book of around 400 pages is always going become one that is often surface-level, akin to a stone skimming across a pond; touching briefly upon a raft of different subjects, yet never offering much in the way of deeper analysis. This helps to create an easily digestible timeline of events for those who may not have been aware of the building blocks of the sport, or the traditions and ideas that fuel lucha libre or puroresu. However, most of the individual subjects that Smallman takes a quick sideways glance at have been covered, whether in book, web article, or podcast form, in much more critical detail somewhere else.

There have been two significant boom periods for British interest in wrestling (due to Smallman’s association with PROGRESS, the book does feel like it has more traction in the UK). One was the Attitude Era, where it suddenly became cool to talk about wrestling in primary and secondary schools across the country. The second has been these past few years, where those school children have grown up and done one of two things: became wrestlers, or got a job that earned them money that they could spend helping fuel a local industry that has continued to grow from strength to strength. This, in turn, has drawn in newcomers to what – from the outside looking in – feel like the hottest events in town

This book targets that group of fans perfectly. From those who want to nostalgically reminisce about the halcyon days of ECW and the ‘Attitude Era’ whilst learning something about the beginnings of what we now know as wrestling, it works. As a chance for a new fan to explore some of the biggest happenings in a primarily US-centric wrestling timeline, it makes things easy. It may even lead you to seek out those aforementioned pieces of media that delve deeper into a year, a territory or a promotion, almost acting as a springboard to further research and engagement. For those who already read around the subject, and are actively engaged in preserving the history of the sport through websites and forums, your mileage will definitely vary.

Sometimes, you just have to accept that not every piece of writing is aimed at you, whilst celebrating the broader appeal of the sport that makes this book publishable. 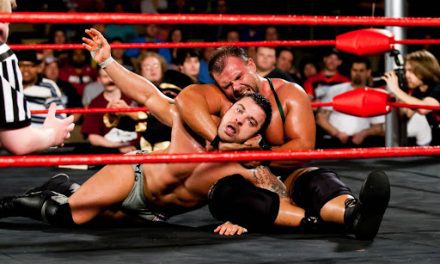 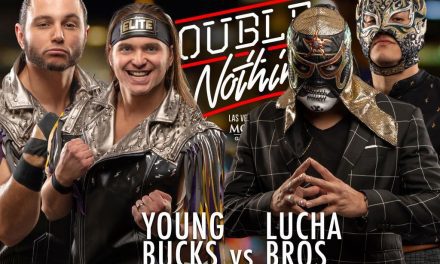 Double or Nothing’s Excess of Brothers: The Road to the Young Bucks