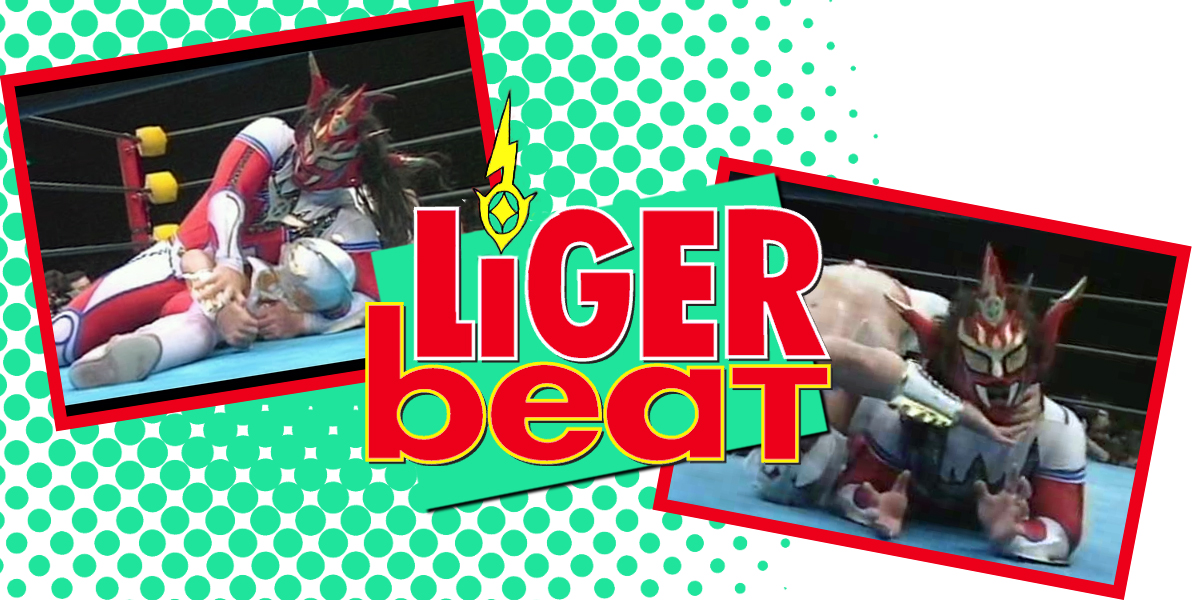 I love the prospect of a single show hosting the entirety of a tournament: this sort of format pushes competitors to their limits and adds new layers of complexity to the matches. Do you go blazing through the match to quickly dispose of your opponent and advance to the next round? Or, do you approach it in a more scientific way, trying to receive as little punishment as possible? Can you be true to your style in such a grueling situation? And what if you happen to be facing one of the favorites in a match that isn’t even the final?

In December 1995, Jushin Thunder Liger faced off against Ultimo Dragon in the semi final of that year’s Super J Cup. A match touted as the ‘real’ final of that tournament—Gedo was in the actual finals—Liger and Ultimo had a score to settle with the fans and with themselves: their dream one-on-one match at the Tokyo Dome two years prior was good but had failed to reach the highs many were expecting.

Now, they were set to clash again for a spot in the finals of this Super J Cup extravaganza that had reunited so many amazing competitors.

Liger received a bye in the first round and defeated Gran Naniwa in the quarterfinals in under 10 minutes. On the other side, Ultimo had to defeat Shoichi Funaki and Shinjiro Otani in the first and second round respectively, accumulating 20 minutes of in-ring time. Doesn’t sound like a lot… but it was double what Liger had to go through and with the possibility of having yet another match in the show (the final, of course), Ultimo had to come up with the perfect strategy to not only defeat this icon, but try to save as much energy as possible. Is that even possible? Can you face a man such as Jushin Thunder Liger without going full gas? Impossible.

The fans in the Sumo Hall are excited… you can feel it, but as it’s custom, they silently observe the first stage of the match that consists of mat wrestling. “¡Pregúntale!” exclaims Ultimo to the referee while he slowly tries to manipulate his opponents limbs, but his llave expertise is quickly surpassed. By painfully stretching Ultimo’s knees and arms, Liger manages to establish some dominance… of course he does, he’s less tired. Ultimo realizes he needs to use his speed to change his fate, but not only does Liger matches him, but in a genius move, he dropkicks his knee, instantly changing the complexity of the match.

After suffering through a Figure Four Leg Lock, Ultimo uses a couple of springboard elbows to get back in the match. Liger ends up outside of the ring, seeking refuge near the posts, thinking he he’s safe from Ultimo attacks there, but he’s quickly proven wrong as he’s the victim of two gorgeous dives. This is the point of the match where Ultimo has to realize that there’s no room for error and no point in saving up energy: he needs to ride that motorcycle while it still has gas in the tank.

Ultimo unleashes a flurry but at the first chance, Liger catapults him out of the ring and hits him with a senton. Ultimo struggles to get to his feet: Liger did a good job on his right knee during the first half of the match. A big gasp escapes from the Sumo Hall crowd when Liger hits a tremendous brainbuster, but a bigger one when Ultimo kicks out. Liger hits a Tombstone Piledriver and a Diving Heabutt from the top rope, but Ultimo survives again. The fact that he’s kicking out of so many big moves is amazing, but if you take into account that this is his third match of the night, then the feat becomes even more impressive and the crowd knows it. They’ve been seating there, watching all these men pour their souls into the tournament, and in the toughest of matches Ultimo is showing the resilience of an absolute warrior. And maybe some of that energy motivates Ultimo to go for one more push: he counters Liger’s Shotei and hits a Northern Lights Suplex for a nearfall. But Liger pummels him in the corner with a rolling kick and tries a Super Brainbuster; in a miraculous effort, Ultimo counters in the last seconds and sends Liger head first into the mat. It’s now or never: Ultimo goes for La Magistral cradle, the Sumo Hall goes nuts… but Liger kicks out. Ultimo quickly uses a Springboard Moonsault to leave Liger flat on the mat, then ascends to the heavens for the Asai Moonsault, Liger rolls out and without wasting time, goes for the Liger Bomb. And Ultimo Dragon survives again. Hands in the crowd go up in the air, some desperate faces in the background can’t believe what’s happening: how can Ultimo be defeated? Out of desperation, Liger runs towards Ultimo, but he’s tripped to the floor. Ultimo goes for a second Magistral cradle, but this time Liger counters into a pin, surprising everybody except the referee who’s right on the spot to count to three.

Jushin Thunder Liger vs. Ultimo Dragon in the semifinal of the Super J Cup not only was a great watch but a fascinating exercise no how to to handle a big match in the middle of a tough, prestigious one-night tournament, showing us that you don’t have to go full throttle in order to have a memorable performance; the pace, the big spots and the light storytelling were more than enough to create art and push the crowd to a frenzy. Just another day in Jushin Thunder Liger’s illustrious career.