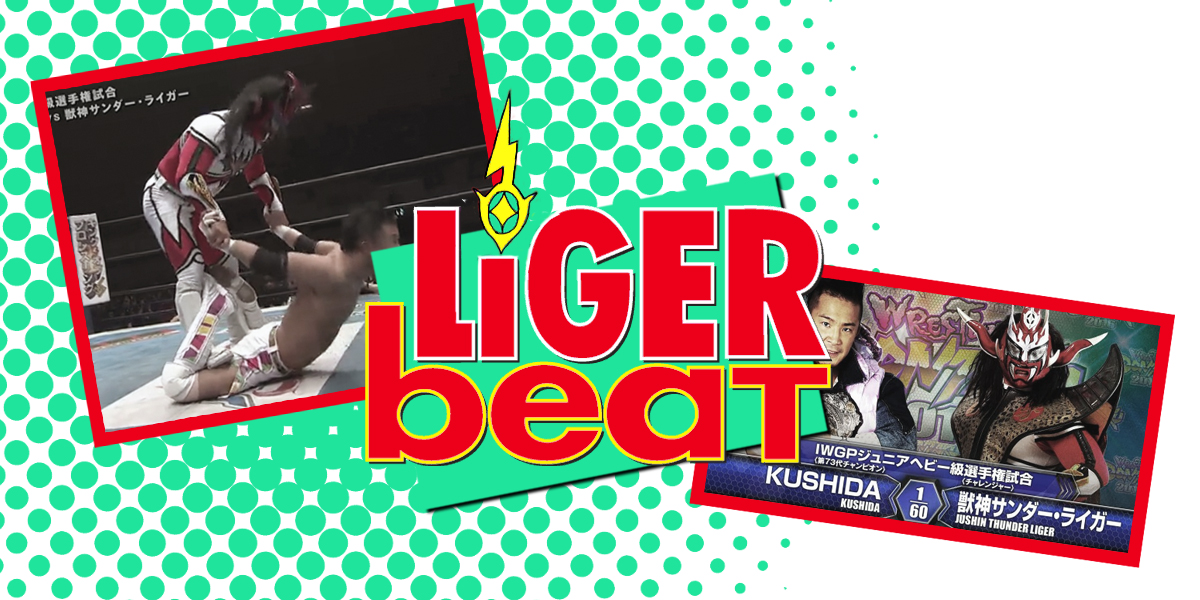 To be honest, I’m not exactly sure when I first saw Jushin Thunder Liger. There’s a good chance that I caught glimpses of him in his WCW appearances (and maybe something from a match in TNA) during the early days of YouTube. Sadly, aside from that, I wasn’t really that aware of Liger during the first few years of my pro-wrestling fandom. His elaborate attire definitely stuck with me (how could it not?) after seeing the variety of YouTube clips, but I didn’t look into it much more than that.

Once I got more into ROH (around 2009), I almost immediately started stockpiling on ROH DVDs. It was during this process that I finally watched my first Jushin Thunder Liger match in full. This is probably a forgotten fact, but Liger did make one ROH appearance in 2010 on the promotion’s first show in California against then-ROH World Champion Austin Aries (it’s an odd appearance because it was several years after the famous Weekend of Thunder, but a few years before ROH’s relationship with New Japan was formed).

I became an instant fan of Liger after watching that match (even in a spot like that, it doesn’t take long to see that Liger is an awesome wrestler), and once I started following New Japan more closely in 2013, I was given the opportunity to see Liger more often. While Liger was in the twilight of his career at this point, he was still incredibly entertaining to watch, and I always enjoyed his work, no matter what kind of match he was involved in.

Given that Liger’s career has been winding down, it’s become increasingly rare to see him in singles matches over the last few years, particularly in New Japan. It’s been really fascinating to see a wrestler actively wanting to get out of the spotlight as his career comes to a close, while pretty much every other wrestler in his spot might do the exact opposite. However, whenever he’s called upon, Liger manages to prove time and time again that he’s still capable of putting on a great singles match. One of those occasions was Wrestling Dontaku 2016, when he challenged KUSHIDA for the IWGP Jr. Heavyweight Title. This was KUSHIDA’s third reign, but it was his defining reign. At this point, he had already scored successful defenses against BUSHI, ACH, and the debuting Will Ospreay. Liger posed an entirely different challenge, as the New Japan legend wanted one more taste of junior heavyweight gold.

The video package before the match showed that Liger had endorsed KUSHIDA as the new leader of New Japan’s junior division on a couple of occasions. However, this was a chance for KUSHIDA to really prove himself against the man who has been at the forefront of junior heavyweight wrestling for so long (and a man who KUSHIDA himself probably idolized). Liger had the edge early on in the bout, as he managed to work on KUSHIDA’s legs via a series of Romero Special variations. Meanwhile, KUSHIDA would target Liger’s arm, and both men would go on to really target each other’s injured body parts. Liger showed a more vicious side on the floor, as he slammed KUSHIDA knee-first onto the Japanese announce table, and then sent him knee-first into the post. Liger concluded this assault with a brutal brainbuster on the floor, which led to a great countout tease.

This match ended up going close to fifteen minutes, but it was an absolute breeze to watch. The action from start to finish was very entertaining, and they managed to tell a good story, with both KUSHIDA and Liger working towards a submission victory. Liger went back after KUSHIDA’s leg in a number of different ways during the second half, but in the end, it just wasn’t enough, as the champion retained over the New Japan legend after making him tap out to the Hoverboard Lock.

This is far from the best match of Liger’s career, as I’m sure he’s had plenty of matches that were better than this. However, it speaks volumes that a guy Liger’s age (fifty-one years old at the time) can still have great singles bouts in the right situations. Something that also came through in this match (along with plenty of others) was Liger’s selling. It still amazes me that someone wearing a mask that covers most of the face AND a full bodysuit is one of the best sellers in the business. It just goes to show, once again, how fantastic Liger really is. He can show off so much more emotion in a bodysuit and a mask than most normal wrestlers can show, even on their best days. That’s a cool aspect of Liger that I absolutely love.

There’s a part of me that really wishes I was born ten years earlier, because I would’ve been able to watch and enjoy so much wrestling that I wasn’t able to see in real time. Of course, this idea extends to bouts involving Jushin Thunder Liger. On one hand, it definitely sucks that I didn’t start watching Liger until his career was winding down. However, it’s been an absolute pleasure to see this version of Liger wrestle all over the world. Sure, he’s got a ton of miles on his body, and he can’t do everything that he once did, but he still manages to answer the call whenever New Japan needs him to. Watching him mix it up with the younger talents in New Japan and across the world is always a lot of fun. Not only are you almost guaranteed to have a match that’s good (at the bare minimum), but you know for a fact that Liger will make whoever he’s wrestling look incredibly strong. That’s exactly what we saw in his match with KUSHIDA from Wrestling Dontaku 2016. It wasn’t the best bout of this title reign, but KUSHIDA getting a win over Liger in a title defense did so much to further establish this IWGP Jr. Heavyweight Title reign as the one that defined KUSHIDA’s run as the new ace of the division. 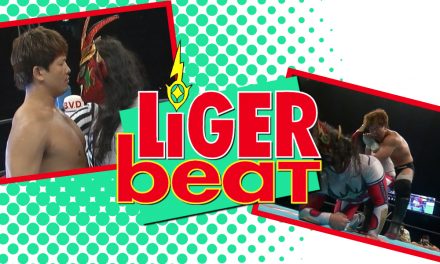