This year’s G1 Climax class produced the most competitive professional wrestling tournament that we’ve ever seen. There have already been a myriad of articles and podcasts fawning over Kota Ibushi’s victory, Jay White’s tactics in defeat, and KENTA’s big turn to join BULLET CLUB, but even those haven’t told the whole story.

Statistically, every competitor in this year’s G1 had tougher competition than ever before. This is evidenced by 2019’s total tournament match time reached a record high at 22 hours, 28 minutes, and 7 seconds. This is more than a full hour higher than 2018’s previous high.

With the totality of the tournament breaking records, it should come as no surprise that this was the first G1 Climax to have three wrestlers fight for over three hours.

Finalists Kota Ibushi (3:15:28) and Jay White (3:01:54) crossed the threshold during their 31 minute final match while Kazuchika Okada (3:09:18) accomplished the feat without the benefit of a tenth match. 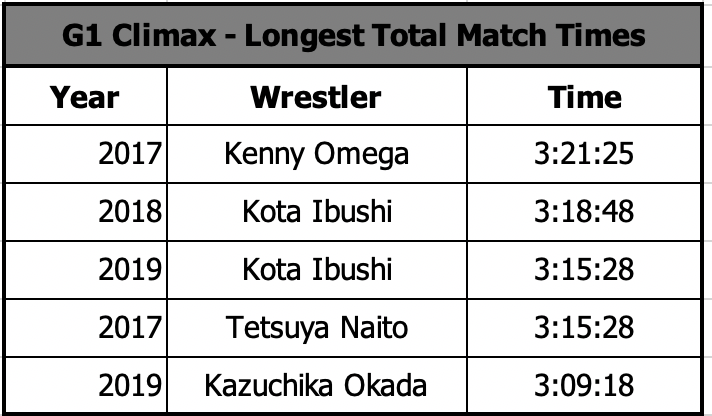 An incredible statistical anomaly appeared while compiling these statistics: Kota Ibushi isn’t the only wrestler to win a G1 Climax in exactly three hours, 15 minutes, and 28 seconds. Tetsuya Naito accomplished the feat in 2017 in the exact same amount of time as The Golden Star. I honestly can’t even fathom how that level of parity is possible.

Of course, incredible competition isn’t generally evidenced by the winners. To have the most competitive tournament in history, some great wrestlers had to lose some hard fought matches.

Will Ospreay, Tomohiro Ishii, Shingo Takagi, EVIL, and Hiroshi Tanahashi did exactly that. All five wrestlers had average loss times higher than any other wrestler with a losing record in the history of the G1. 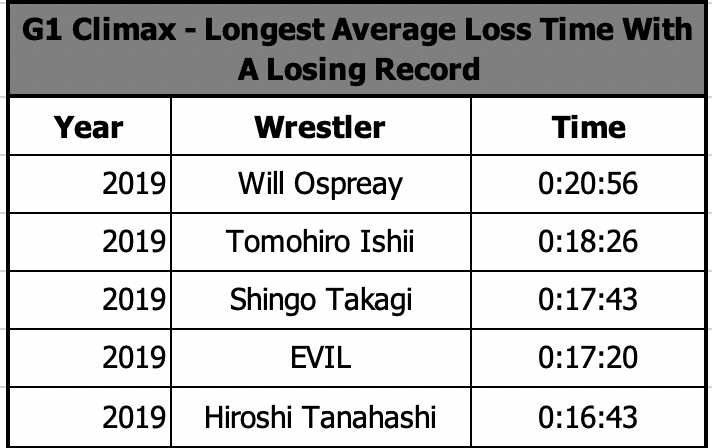 Most impressively, Will Ospreay ended his inaugural G1 with a losing record of 4-5, but the Aerial Assassin took Lance Archer, Kota Ibushi, Kazuchika Okada,  Zack Sabre Jr. and EVIL to their limits in his five losses, building an impressive 20:56 average losing match time and proving he can absolutely compete in the heavyweight division. A fully healthy and well-rested Will Ospreay will likely be a force in future G1 Climax tournaments.

The IWGP Junior Heavyweight Champion wasn’t the only Junior to graduate to Heavyweight in this year’s G1. His fellow Best of the Super Juniors finalist Shingo Takagi also had a strong showing in a losing effort. Most notably, Takagi took his Los Ingobernables De Japon stablemate, Tetsuya Naito to the limit in a 27:15 loss before ending Tomohiro Ishii and Hirooki Goto’s tournament hopes in his final two matches.

Adding these two highly motivated juniors brought the level of competition up in each of their block matches.

Ospreay and Takagi rode their momentum out of the Best of the Super Juniors tournament right into the intensity of the G1 and they elevated the heavyweight division while they were at it. 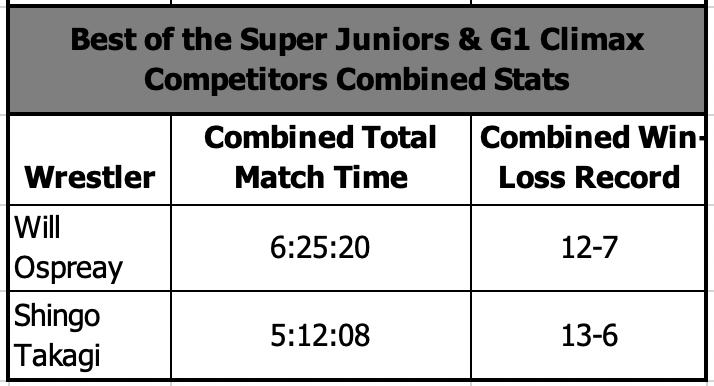 Of course, the most impressive runner up of the 29th G1 Climax was IWGP Heavyweight Champion, Kazuchika Okada.

Given his history of finding his way into the record books, we couldn’t expect The Rainmaker to be left off of this list. Okada came up short against Kota Ibushi in Budokan Hall, ending his tournament before heading to the finals, but his 21:02 average match time is the highest in G1 history, smashing Kenny Omega’s previous record of 20:09. Okada accomplished this feat without the benefit of a no-time-limit final match or even a 30 minute draw.

The A Block threw everything they could at The Rainmaker on all nine nights of block competition but only two competitors were able to defeat the IWGP champion: SANADA and Ibushi. It’s no doubt Okada is still at the top of his game, and he was an incredible competitor in this year’s G1, but he still couldn’t become the first IWGP Champion in 20 years to win the G1 Climax. In a year of firsts, records, rarities, and anomalies, at least we can still count on the IWGP Heavyweight Champion not winning the G1 Climax. 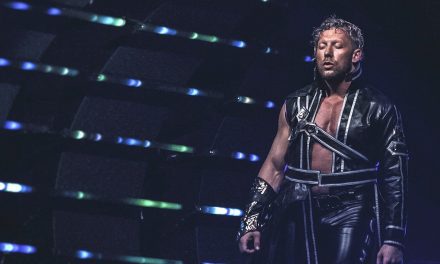