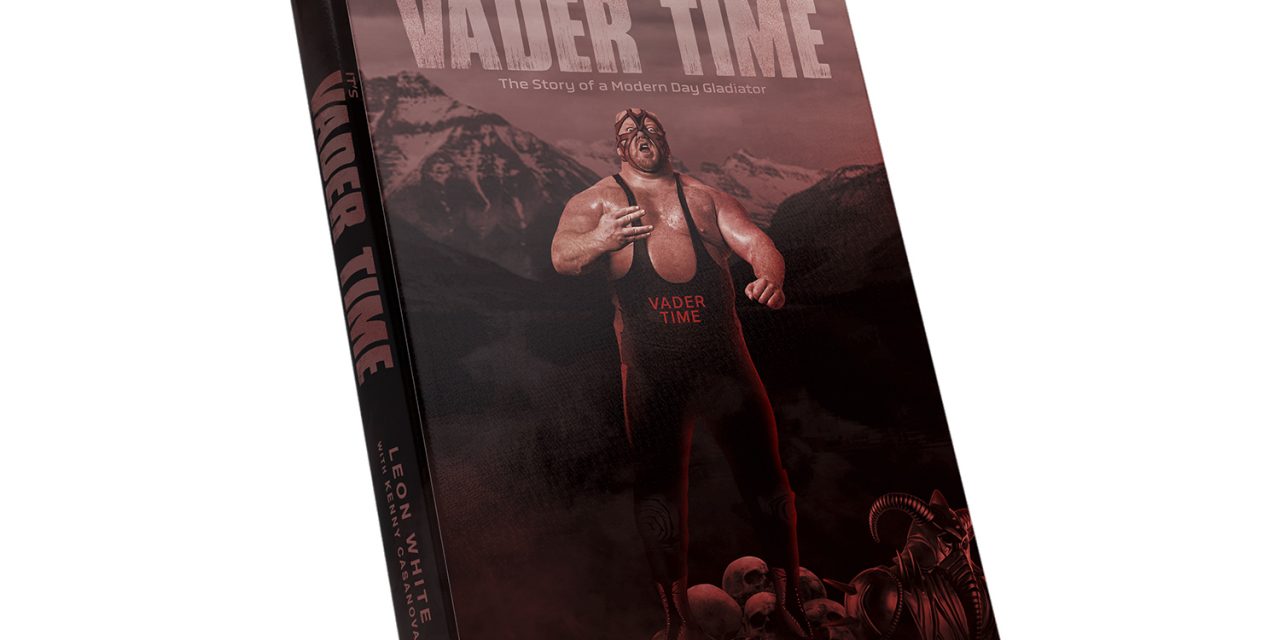 “If I had a time machine to go back to the young real estate agent Leon White standing before a crossroads before selecting wrestling, I don’t know if I would do it again” exclaims the late Leon ‘Big Van Vader’ White towards the end of his biography.

It’s a shocking proclamation from a wrestler who terrorized both wrestlers and fans alike during the 90s. Bursting onto Western fans’ radars with a memorable squash match opposite Tom Zenk at the Great American Bash in 1990, he’d find greater success as an ear-shearing, back-breaking, rib-cracking monster main event heel shortly after. That was Vader, the wrestler; however, the book reveals Leon White, the man, to be modest, heartfelt, and often funny.

Following a foreword by Mick Foley, the book takes us on a brief tour of White’s childhood through to the end of his NFL career, before launching into the real meat of the story. Urged by an acquaintance to give pro wrestling a shot after suffering a deliberating football injury, White found himself enamored by another all-time great heavyweight, Bruiser Brody.

Unaware of the ways of the business, Leon gatecrashes the AWA locker room, only to get into a shoot confrontation with the man himself. After being briefly trained by Brad Rheingans and adopting the moniker ‘Baby Bull’, it isn’t long before White is opposite Brody in the squared circle.

His on-again, off-again feud with Stan Hansen is also detailed in full, as well as the early beginnings of his relationship with a skirt-chasing Shawn Michaels. As the AWA begins to falter, Leon gains extra work in Austria’s CWA promotion, contesting their Heavyweight Championship with legendary European wrestler Otto Wanz.

Scouted from the CWA by Masao ’Tiger’ Hattori, White is soon working for NJPW under the gimmick ‘Big Van Vader’, with designer Go Nagai taking inspiration from Japanese mythology. Vader’s size, coupled with a still impressive mechanical headpiece, proved an instant hit with fans in the Far East, more so after he rolled over the legendary Antonio Inoki in short order. Throughout the book it’s clear that White has immense respect for Inoki and the opportunities he has given him and, endearingly, it seems to be mutual.

A trip to Mexico for the UWA yields more gold, before that match with Stan Hansen. Told in wince-inducing detail, Vader’s re-telling of having his eye dislodged and the aftermath is a must-read for fans. However, it proved to have a silver-lining; after becoming a hit on the tape-trading circuit, Jim Ross and WCW came calling.

Limited in the time he could spend in the USA owing to foreign commitments, Vader made an immediate splash in the Western world, but things were still bubbling over in Japan. Facing Keiji Mutoh at 1990’s G1 Climax tournament, fans were so elated to see a babyface victory they pelted the ring with pillows after the match, usually only seen at sumo contests.

After signing a full-time contract to WCW in 1992, White reveals the help Sting provided in his career and the lack thereof that the late Harley Race gave him while acting as his manager. His real-life altercation with Paul Orndorff and the scissor-laced brawl between Arn Anderson and Sid Vicious are recalled in-depth, with the latter being more stomach-turning than the eye incident. And, of course, he retells breaking Joe Thurman’s back with a powerbomb, an incident he was immensely upset by. As with the rest of the book, his run for World Championship Wrestling is detailed and leaves no stone unturned, with White being frank and honest about his victories and failures.

This open discussion extends to his disappointing (for both the man and his fans) WWF run and his problems with both Shawn Michaels and Vince McMahon. After working in the UWFI and leaving Atlanta, McMahon enticed Vader over to New York, though being rushed back after shoulder surgery limited White’s effectiveness and backstage politics put the final nail in the coffin. Leon also reveals his view on the Montreal Screwjob and his surprising reaction when it went down.

Happier is his return to Japan, this time for AJPW. It’s clear he has a lot of reverence for Giant Baba and Mitsuharu Misawa and considers his time with the promotion a highlight of his career. Vader also reveals (in perhaps the most detail yet) the links between Japanese pro wrestling and organized crime, with some astounding revelations.

Of course, there is much, much more in the 400 pages here, and some cool anecdotes – a young White confronting Road Warrior Hawk backstage to ask if he could copy his distinctive hairstyle, and his run-in with the Yakuza. Vader is surprisingly funny, too – from snafus with his helmet, Yokozuna being slipped a laxative on an international flight, to Vader being attacked by small children with nunchucks, there are moments that will have them rolling in the aisles.

In contrast, the last portion of the book is quietly devastating; White’s health is ailing, the walls are closing in, and he’s wondering whether it all was worth it. Before long, he is given less than two years to live. During this time, he choosing to recount his time with his son, Jesse, a recurring theme throughout. Bittersweetly, the epilogue features Jesse himself detailing his father’s final days and providing a goosebump-inducing eulogy.

It’s Vader Time is highly recommended for any wrestling fan. Exhaustive, genuine, warm, and heartbreaking, it’s only bettered by the very best pro wrestling biographies. And while Leon White may have regretted his decision to pursue pro wrestling, we can be thankful that Vader thrilled us all. 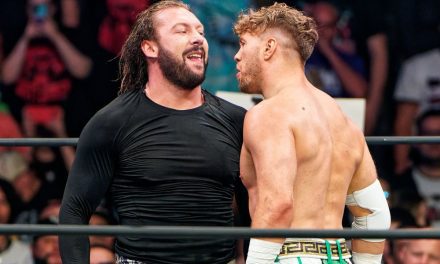 Why Omega vs. Ospreay Happening in the Tokyo Dome is a Mistake