Fun With Numbers: WWE King of the Ring 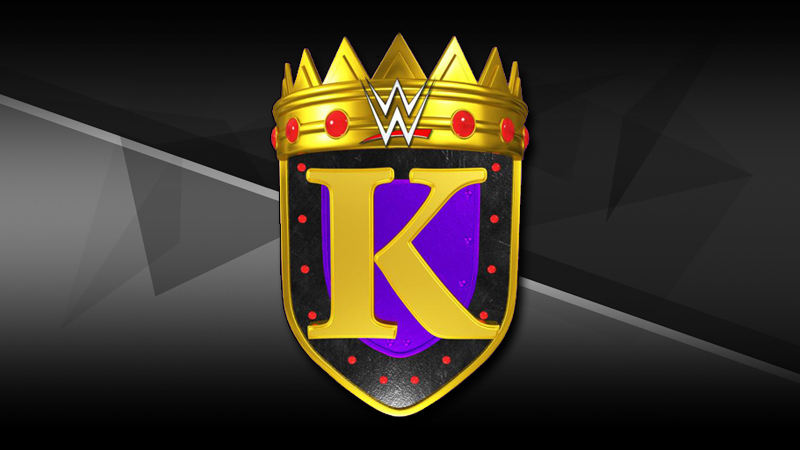 Tonight, WWE’s King of the Ring tournament makes its return to television after a four-year hiatus. The once-yearly PPV spectacular has fallen on hard times in recent years with only four tournaments taking place since WWE dropped the tournament as a PPV in 2002.

Still, the tournament has a storied lineage among WWE fans past and present with some wrestlers using the King of the Ring to transform their careers and alter their characters (Randy Savage, Owen Hart), catapult themselves into generational superstars (Steve Austin, Brock Lesnar) and hey, there was also Billy Gunn and Mabel.

For a brief history lesson, the King of the Ring tournament began as a single-night house show attraction in 1985.

After Lesnar’s King of the Ring victory in 2002, WWE discontinued the tournament as a PPV event. After four years on the shelf, the tournament was resurrected as a TV-only property in 2006. Since then, the tournament has made sporadic appearances and no longer holds the same reverence and prestige as it did from 1993-2002.

For this piece, I’ve charted the wins, losses and appearances of every single King of the Ring participant in the tournament’s history. If you know anything about WWE tournament you know there were (and still are) plenty of DQs, double countouts and double disqualifications to help protect wrestlers from taking losses during the tournament. For my purposes, I’m counting everything that’s not a win as a loss. So if Wrestler X and Wrestler Y wrestled to a draw in round one, that’s a loss for both men as neither will have made it to the next round of the tournament. Got it? Good.

Let’s have some fun.

Despite prestigious past winners like Bret Hart, “Stone Cold” Steve Austin, Kurt Angle and many more, the wrestler with the most King of the Ring tournament appearances (and it’s not even close is), of course: Bob Holly. Bob Holly?

I can’t believe it either but Bob freaking Holly has the most King of the Ring tournament appearance at seven. Holly’s first came in 1994 as the wrestling race car driver Thurman Plugg. Holly would wrestle in the 1995, 1996, 1999, 2000, 2001 and 2002 tournaments as Plugg and then-eventually “Hardcore” Holly.

Despite being in more King of the Ring tournaments than anyone else, Holly doesn’t exactly have the best track record with a 4-7 overall record including three one-and-ones.

So we know Ol’ Thurman Sparky Plugg doesn’t have the most wins all-time but who does? It’s a name we mentioned earlier and it’s someone who probably SHOULD have the most all-time: Kurt Angle. Angle participated in three King of the Ring tournaments, winning one and making is to the finals in another. Overall, Angle’s nine wins put him well above fellow King of the Ring winners Savage (seven wins), Bret Hart (seven wins), Owen Hart (six wins) and X-Pac/123 Kid (six wins).

If we’re talking strictly overall tournament wins, Bret Hart, by default, is tops amongst the field as the only two-time winner.

Hey, so I don’t really want to write about Bob Holly again but here we are. He has the most losses all-time at seven. Let’s just move on and talk about who is close behind, cool? Ignoring Holly’s seven losses our next biggest losers are Jarrett (four), Volkoff (four), Test (four) and Godfather/Kama (four). As far as three-loss King of the Ring careers, well, that’s a much bigger list including Road Dogg, Val Venis, King of the Ring winner Tito Santana, Chris Jericho, Junkyard Dog, Dangerous Danny Davis, Big Show, Christian, Lex Luger, Brutus Beefcake, Doink the Clown, Goldust and Matt Hardy.

Despite going a perfect 4-0 en route to the 1987 crown, Savage’s 1988 tournament finals loss bumps him from our perfect scores. Likewise, 1995 King of the Ring winner Mabel (*shudder*) dropped a fall in 1994 thankfully preventing him from being on this list. 1998 tournament winner Ken Shamrock also has only one blemish on his King of the Ring record with a 5-1 all-time record.

Rikishi is the only non-King of the Tournament winner to feature an 80% or better win percentage in the tournament as he went 4-1 in his only appearance (2000).

Also thanks to his stellar tournament history, Angle is the only wrestler to lose twice in the King of the Ring but still maintain an 80%+ win percentage (82%).

We’ll ignore the 0% guys because, well, there’s a lot of them. I will make note of a few particular losers though as Brutus Beefcake, Doink the Clown, Golddust and Matt Hardy each participated in three King of the Ring tournaments without a single victory.

It’s worth noting that some of wrestling’s biggest figures are included amongst the likes of Wood include Cody Rhodes (then-Stardust) and Jon Moxley (then-Dean Ambrose) who both lost the first-round King of the Ring matchups in 2015. Four years is a LONG time in wrestling.

Worst King of the Ring Winner

Here is a table with all the data collected from past King of the Ring tournaments, if you come up with any more fun facts/stats, let us know over at @VoicesWrestling. 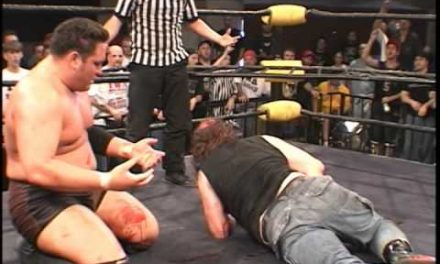 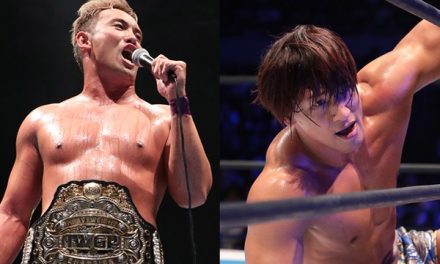