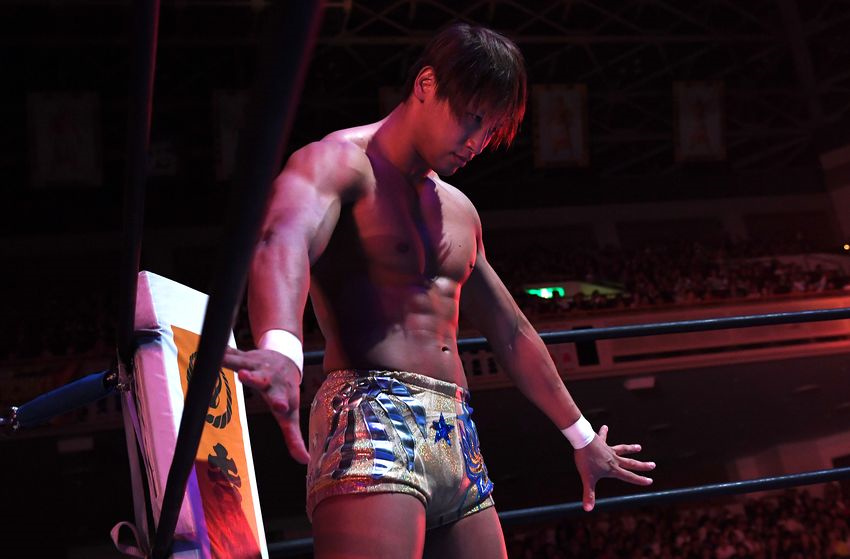 Kota Ibushi and Jay White have only been in the same match once. It was in 2015 during the G1 Climax tour, and they were tag team partners. The team on the other side of the ring: The Bullet Club, AJ Styles and Bad Luck Fale. Jay White was still a Young Lion, running to the ring with his black trunks on and his hair mohawked while Kota Ibushi’s music played. Ibushi was clearly the veteran of the team, responding to chants of his name and directing White to leave the ring before the first bell rang. White showed promise when he got tagged into the match, putting up a nice offensive series with the then Bullet Club Leader, Styles but after about 8 minutes of action, White was pinned by Fale while Ibushi and Styles recovered after flying to the outside of the ring.

The next time Ibushi and White get in the ring together will be under very different circumstances with much higher stakes. Now the Bullet Club leader, Jay White has ascended to main event status in NJPW and he has worked his way into the G1 Climax 29 Final on August 12, 2019 at Budokan Hall. His opponent will be last year’s G1 Climax runner up and perennial fan-favorite, The Golden Star, Kota Ibushi. Both wrestlers enter the G1 Climax Final riding a wave of momentum, seeking the opportunity to fight for New Japan Pro Wrestling’s top prize at Wrestle Kingdom.

The finalists started their tournaments on similar paths with a combined 0-5 record, both bottoming out their WIn Probability at 3% each. Once they started winning, they haven’t looked back. Ibushi enters the match riding a 7 match win streak, and against most other opponents, this momentum would make The Golden Star a heavy favorite. Unfortunately for Ibushi, Jay White held up his commitment that he made at 0-3. He won 6 matches in a row and now he’s in the other corner of the Final. With momentum only slightly in Ibushi’s favor, we’ll have to dig into the rest of our boxscore to see what we can unearth.

In match time, the two competitor’s difference in total elapsed ring time comes almost exclusively from Ibushi’s losses taking an average of five minutes longer than Jay White’s. This resilience will work in Ibushi’s favor as he enters the G1 Final, a match that has averaged over 32 minutes in the last four years. White will likely be out of his comfort zone as the match gets longer, as this Final is likely to go at least 30% longer than White’s longest block match. While Jay White typically accomplishes his wins efficiently, in 2019 alone Kota Ibushi already has three victories over the 25-minute mark. The last time Ibushi lost a match that went over 25 minutes: Last year’s 35 minute G1 Final against Tanahashi.

That covers all of the recent trends, but in a match as high-stakes as the G1 Final, we need to look at each wrestler’s history with similar matches. High-stakes matches are defined as any singles-title opportunity or tournament final match. This is where the scale tips: White has participated in eight such matches in New Japan and he has won five for a 62.5% winning percentage. In the heavyweight division, Ibushi has participated in fourteen high-stakes matches, winning only five, for a winning percentage of an underwhelming 35%. This staggering difference spells trouble for Ibushi.

To build a probability for tonight’s Block Final, I took the relevant metrics we used to build recent performance with our Block Winning Probability and weighed it with each wrestler’s historical results in high stakes matches. Those calculations brought us to a Win Probability of 60.38% in favor of Jay White. 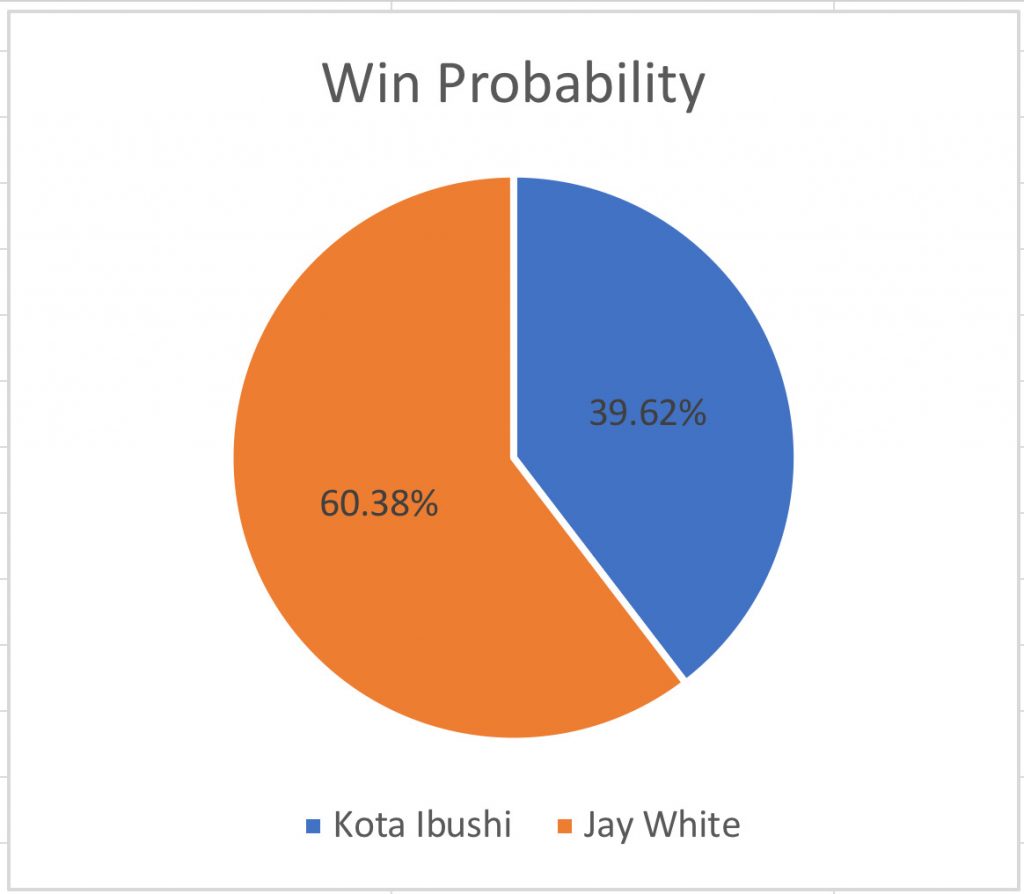 Certainly, there’s a large contingent of NJPW fans that will be disappointed if this probability holds true, just as they were when The Bullet Club leader eliminated Tetsuya Naito on Sunday, but White has proven himself to be effective in the spotlight. That big-match ability can not be understated when it comes to a match like the G1 Final. The Switchblade is not without his weaknesses though.. Kota Ibushi’s best shot is to leverage his stamina and survive the match past the 25-minute mark, then use his high energy and high impact style to finish off White. These two wrestlers have very different in-ring styles, but they are on very similar recent trajectories. If Ibushi can move past his historical troubles in high-stakes matches, he’ll be able to call himself the G1 Climax 29 winner, to the joy of NJPW fans everywhere.